On Borrowed Time: Living with the Ache of a Terminally Ill Parent. 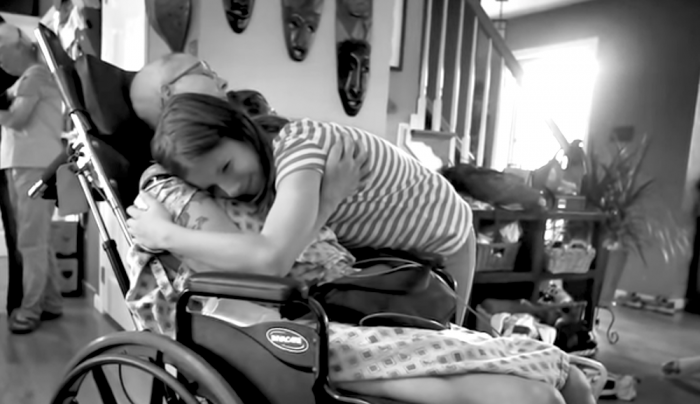 Life presents itself to us as a series of moments.

Unfortunately, all too often, we take most of them for granted, never valuing their fleeting preciousness.

That is, of course, until we are face-to-face with a grim reality. One that pulls the rug out from right beneath us. One which we can never foresee or plan for.

Sadly, it’s quite common (and easy) for most of us to just simply “get through” each day, never thinking to stop or pause long enough to appreciate the ordinary moments (which, by the way, actually turn out to be some of the most extraordinary).

Let me rewind to 16 years ago, when my mother was first diagnosed. It was the beginning of summer, right before vacation, when my mother told me and my sister that she had to have surgery because she had breast cancer.

My mother always went routinely for her mammograms—like clockwork, every year. After her diagnosis, she went on to have a lumpectomy, then proceeded with chemotherapy and radiation. For the years during and following, they were tumultuous, and scary at times, but I remained hopeful that she would be able to “beat it.” I remember one particular moment when I was around 14, sitting on the couch crying with her next to me, asking her if she would be there for my 16th birthday.

You don’t quite understand the magnitude of a situation like that as a young adolescent. Even now, sometimes I feel as if I pushed those memories away as a defense mechanism. The years thereafter, my mother was monitored routinely, and eventually her cancer was deemed in remission and she went back to living her life as a cancer survivor.

A couple of years later, my mother received a suggestion for genetic testing for the BRCA genes, and, to all of our surprise, one of them came back positive. It turns out my mother has the BRCA 2 gene, a gene known to be a precursor for breast cancer as well as other cancers. After finding this out, she decided to take even more preventative measures by having a double mastectomy and an oophorectomy to help decrease any possible chance of recurrence as well as any new cancers from developing.

We all felt relieved, and slowly things began feeling normal again. It felt as if maybe life could go back to the way things were before the cancer.

Fast-forward to autumn of 2017. Over the course of a few weeks or so, I noticed something wasn’t right with my mom. Her personality started to subtly change, and certain things she would say just didn’t sound right. Oftentimes, we found ourselves talking in circles.

I wondered if this was the beginning of Alzheimer’s, or dementia. Even more concerning was how she complained about a constant, dull headache. I was, of course, anxious, worried, and concerned, but nothing could’ve prepared me for what was about to come.

One fateful day, shortly after we started noticing these changes, she fell right on the concrete in front of her home, my childhood home. She had just returned from a day in the city with a friend, and while she was climbing the stairs to head back in the house, she suddenly fell backward, hitting her head on the sidewalk below. Luckily, my husband had just come back from a walk with our two-year-old son and newborn daughter and was there to call for help.

The moments and days after were terrifying and difficult. It was as if I was trapped in a nightmare. Only this wasn’t a nightmare. This was my actual life, which I wouldn’t be able to simply wake up from.

After days in the hospital and hours of anxiously awaiting results, we found out my mother’s cancer returned—yet this time, it was terminal, stage 4 breast cancer. To make matters worse, it was now in her brain and one of her lungs.

After finding this out, she immediately went in for surgery to remove one of the tumors from her brain, and to have a biopsy of her lung. I realized then that there was a great chance I was going to lose my mother. I had to try and swallow the sobering fact that it may be sooner rather than later.

When you’re faced with moments like this, you look back, you start to feel regretful, you worry, you feel a multitude of emotions.

How can I value the time I have? Why is this happening? How did this happen?

She did everything she was supposed to do. Why did it come back? It seems so unfair. It makes me feel angry, frustrated, and sad, and quite often I find myself grieving.

With a terminally ill parent, there is a sort of an anticipatory grief you begin experiencing. It’s a heavy, sinking feeling of what it‘s going to be like to lose them, or to see them in hospice. You begin to worry how you will carry on with your life. For me, I think about how I am going to care for my children at home without having my mother around. How will they be without their nanny to see them grow up, or to help send them off on their first day of school? No more special birthday cards from her. No more hugs. No more daily phone calls.

Having a terminally ill parent has made me feel lonely. Of course I have my husband at home, whom I love dearly, as well my children, sister, father, best friend, and extended family to support me. But I still feel alone in having to deal with this. I feel like I am the only one losing my mom.

I never truly understood the term “on borrowed time” until my mother was diagnosed with terminal cancer. I feel as if I live every day on borrowed time with her, because in the end, it truly is only a matter of time until the cancer continues to progress. With each passing scan that is good, or at the very least considered “stable,” I, of course, feel fortunate. But it’s twinged with a piercing sadness.

When is the other shoe going to drop? Will the next scan be the one where we find out it progressed again? When will be the moment when I have to actually worry about saying goodbye to my mother?

I struggle every day with trying to stay positive for my mother and family, but I too worry about the future, how I will cope, what it will be like without her. I value every moment with my mom (some moments are easier and better than others), but I truly feel as if I am on borrowed time with her.

Times like these make you rethink your own life. You learn to try and not worry as much about the little things, you weed out the stress and pettiness in your life and learn to love the things and people that matter most.

I know that our life is finite, and that at some point we will all lose our parents, and we too will die, but learning to face a parent’s terminal diagnosis is a hard one to swallow.

I don’t know how many days, months, or maybe even years I have left with my mother. But I do know that each day with her is precious, and even though we do have our moments as your typical mother and daughter, I feel that it’s important to love with all our being—because you just never know when things can change. 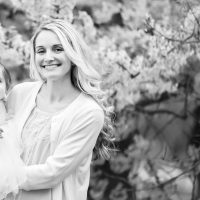 Michelle Van Buren is a wife and mother to her three amazing kids. She loves the outdoors, spending time with family and friends, cooking, and baking in her spare time. … Read full bio

I was Diagnosed with Alzheimer’s at 39. Breast Cancer, I Love You. Life is made up of 10,000 Tiny, Magical Moments. Daddy’s Girl: Coping with the Loss of the first Man I ever Loved.
See relevant Elephant Video