A Non-Flashy Roadmap toward a Better Life. 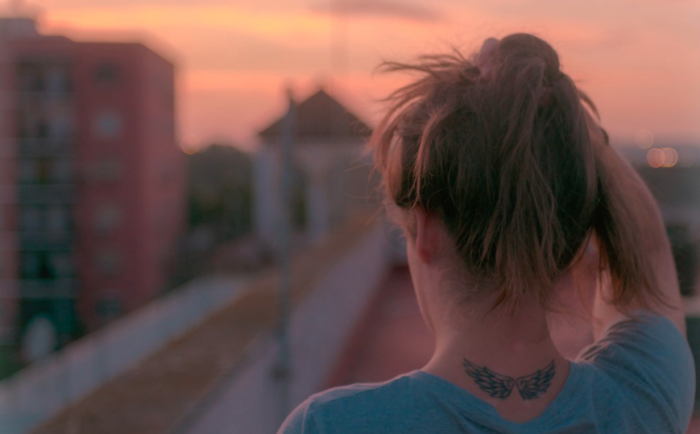 “If I had asked people what they wanted, they would have said faster horses.” ~ Henry Ford

The start of the year is always filled with mixed feelings.

Celebrations are mostly behind us and resolutions are starting to slip away. Just a month ago, we had been so consumed with making lists for what we wanted and what we think other people wanted. But after all the shopping and gifting, do you feel a bit empty?

Perhaps we wanted the wrong things.

Henry Ford wouldn’t be the first or only one to agree with this, but I reference him not to build my own platform. He did something remarkable, which we actually can all do—he dared forward into what had been “impossible” at the time.

But we don’t have to be inventors or send people onto the moon to do something “impossible.” All you have to do is think back to all the times you’ve talked yourself out of a dream, a goal. Think back to the times you’ve told someone, “that’s impossible.” Really look at all the contexts in which you’ve used the word “impossible,” and take a hard look at it—is it really impossible? Dare to ask yourself, what if it’s possible? What would life look like then? Would you be happier? Would that be something you would want? Would life be more meaningful then?

My own observation of the modern-day paradox is that we are madly and blindly searching for purpose while exhausting every excuse in the book to cop-out. We repeat the same things that got us in a rut in the first place, and then feel helpless about being stuck. If you don’t want a life that’s “same sh*t different day,” then why are you not doing different sh*t?

Because in our current reality, all the “impossibles” that drop into our day-to-day are mostly in our heads. It’s one of the ways we self-sabotage. Some people call these “invisible scripts,” others label them as “limiting beliefs,” but they all come down to psychology and mental barriers, which actually is the best news about them—the moment you choose to operate with a different mindset, the moment your life will begin to change.

My personal life has always been rife with wounds since my teenage years. Now, it’s the healthiest it’s ever been, because I finally started doing different things. It’s not easy, but it does get easier. And once you’ve experienced healthy dynamics, no one opts for dysfunction anymore.

When I started to talk to friends around me about family and the holidays, I noticed how liberally and frequently they used the term “impossible” to describe family relations, regardless of how minuscule that thing might have been. But it’s not about the size or scale or even validity of what was “impossible.” It was a concrete mentality that didn’t allow possibilities to flow through.

And it wasn’t just “impossible” for them—it was “impossible” for their mothers or fathers or brothers or partners to do or comprehend. All of a sudden, we don’t just limit ourselves, but we are putting barriers on their lives, too. Is this truly enjoyable to do? What kind of satisfaction do we gain from limiting our lives to how things are? Or is it just easy to do?

There is a major difference.

When we say something would be “impossible,” we are basically rejecting the option that things could be different, maybe better, maybe not so bad. Back in grade school, we were taught to “be the change you wish to see.” So, what happened to us along the way that we’ve become so limited, so much smaller than we once were as children?

Early on in acting school, we were all asked to prepare an “impossible activity” and do it in front of the class. The idea behind it was simple: pick something you think is impossible and then try to do it. I chose the split. It was really impossible at the time, and it was something that was easy to demonstrate in front of an audience. Some people tried writing with their feet, while others tried to solve complex math problems. I don’t recall anyone calling their parents to resolve dysfunctional relationships—we all stuck to what was tangible to do, but the very practice of naming something impossible and then conquering it was a tremendously important lesson.

I didn’t quite get the full value of the assignment until years later when I started to actively pay attention to all the “impossible” things I heard around me—a habit I continue to practice. They say that naming your demons is the first step to conquering them. So, are you able to name all that’s impossible for you and to you?

Because that would be the first step toward a better life.

When we are asked to reimagine our lives, we are often asked to “think big,” and “dream big”—all are valid directions to take, yet sadly, few of us are able to jump onto these paths that take us into the unknown. Perhaps, more tangible is naming what we currently think is impossible to achieve; make a list, then, invest in the effort to try to do it. The moment you conquer the first “impossible” task is the moment the next impossible task becomes smaller. Repeat it enough times, and you’ll agree that this is the roadmap to a better life—one you literally didn’t think was possible.

Labeling something as “impossible” is an easy way out of what might be uncomfortable for you to try. Most of what’s “impossible” really function as excuses and crutches to keep us where we are. And if you love where you are—all the power to you! But if you’re not totally in love with how things are right now, instead of making socially expected or trending resolutions, why not dare to do something impossible?

You always are writing your own story. Now, tomorrow, and the days after. Don’t dull it with all the “impossible” things that people with more enviable lives are doing already. It’s 2020—hardly anything’s impossible.