Real life isn’t a movie. But for many, this movie is real life.

Movies speak to us, not just because they acquaint us with worlds and emotions we’ve never experienced, but more often, because they do. And for as many as two thirds of American adults, Honey Boy will speak straight to the heart.

According to Psychology Today, long-term studies show that as many as 60 percent of children experience neglect, abuse or another type of trauma by age 16, and more than 30 percent were exposed to multiple traumas. Unfortunately, for most of us – including Shia LaBeouf, who wrote and starred in Honey Boy – past trauma doesn’t stay in the past, often haunting adulthood through addiction, depression and even suicide.

Honey Boy brings the LaBeouf’s past trauma frankly and wrenchingly into the spotlight. Portraying his own father, a verbally and physically abusive alcoholic and registered sex offender, LaBeouf underscores the gritty reality of abuse and the tragic effects that remain years after the trauma is over.

As a mental health professional and certified grief counselor, I have seen firsthand how childhood wounds can fester and grow, urging their victims toward unhealthy coping mechanisms and preventing them from experiencing healthy, fulfilling relationships.

Given the prevalence of childhood trauma, it hardly seems coincidental that depression continues to affect more and more Americans each year. While there is, in my experience, no single cause of depression, research has shown that as many as 75 percent of chronically depressed people report significant histories of childhood trauma.

In the span of a single week last March, three people took their own lives. All three had suffered the trauma of a school shooting – an experience few of us can imagine. This cluster of suicides spotlighted a simple truth: trauma survivors so often carry mental and emotional burdens too heavy to bear alone.

A 2016 study showed that adults who had experienced trauma were much more likely to attempt suicide than those who had not. In the study, researchers found that 16.9 percent of adults who had experienced physical abuse during childhood had attempted suicide, compared with 2.1 percent of those without a history of abuse. As LaBeouf so poignantly illustrates in his screenplay, mental and emotional wounds can remain long after physical injuries heal.

Through my experience with recovering addicts, I’ve seen firsthand how traumas – particularly when ignored, denied, repressed or avoided – can haunt the lives of those who experienced them. Depression, self-harm, low self-esteem, suicidal thoughts and difficulty with relationships are just the tip of an ugly and incredibly destructive iceberg.

LaBeouf’s Honey Boy, while unlikely to be hailed the “feel-good movie of the year,” casts a much-needed light on both the prevalence and tragedy of childhood trauma, underscoring our society’s current need for greater mental health awareness, education and resources. The film is a testament to the ongoing tragedy of shame and stigma – and a beacon of hope for those of us endeavoring to fight against it. 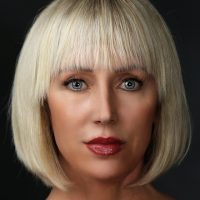