The Bitchy Girl who Lives in my Head. 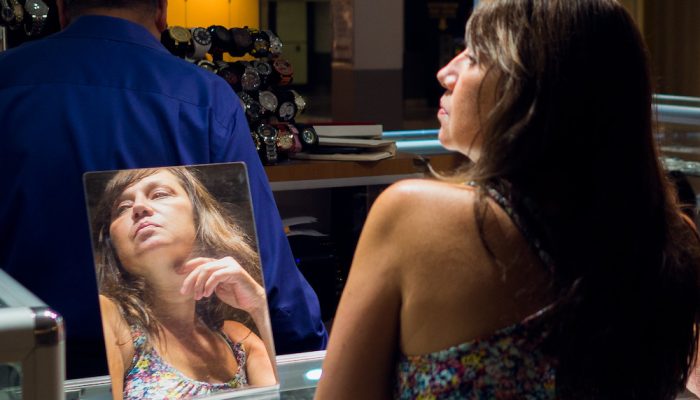 She can be harsh and has discouraged me from trying new things so that I will stay in my comfort zone.

I tend to listen to her, because she knows me better than anyone else, and she claims to have my best interest at heart.

I had convinced myself that she was just trying to protect me from failure and disappointment. I mean, who wants to be a failure?

She is my inner critic, or, as I like to call her, Cait. Cait sounds different every time. Sometimes she sounds like a former teacher, my mother, or like one of the mean girls from high school. She is always there to point out my mistakes but never around to congratulate me.

When she appears, my chest tightens, my jaw clenches, a sharp pain moves from my neck all the way up to my right eyeball, I get nauseous, and my breath gets shallow. It’s an inner battle of wanting to do something so badly and move forward while also feeling defeated before I even start.

I noticed that she usually shows up when I get excited about and prepare for something new. She loudly reminds me how horrible I would be at it or how I should stick to what I already know.

Although some may not want to admit that they have voices in their heads, everyone has a Cait. We all experience that negative bug that seemed to attach to us as children and refused to go away, consequently keeping us stuck in the past.

I confess that Cait has turned me into a chronic runner. Every time things get hard, my common response is to run as fast as I can without finishing what I started.

Speaking of running, my very first memory of Cait’s appearance was in ninth grade. Running was one of my favorite hobbies, and I was happy to have made it on the track team. However, there was one track meet where I didn’t do so well. In the middle of my run, my legs started to feel weak, and I fell to the ground.

After that incident, Cait wouldn’t ever let me forget how “horrible” of a runner I was, and I ended up quitting the track team for good. I always wondered where I would be today had I got up and used the embarrassment as motivation to work harder and improve.

As you can imagine, this habit of constantly quitting has held me back in many ways. I decided that I was fed up with letting Cait take over my life, so I made a deal with her and allowed her to stick around as long as she fell back when I asked her to. I could use her to grow instead of hinder me. I turned my inner critic into my greatest supporter.

The very first step I took to make peace was to acknowledge her and tell her that she was doing more than protecting me; she was suppressing my adventurous side and lowering my self-esteem. Ignoring Cait has never worked; the more I ignored her, the louder she got. I became so used to her insults and objections that I failed to notice the obvious; Cait was a part of me. I needed this realization to take my control back.

Building relationships with our inner critics, also known as the overprotective side of ourselves, the same way we would with a friend, allows us to change our perspectives. We wouldn’t allow a friend to dominate and belittle us.

This meant I had to forgive myself, which I found to be harder than forgiving others. It’s never easy to take failure well, and whenever I failed at something the first time, I saw it as a sign that I should never try it again.

Honestly, if we all succeeded at everything we did, would there be any room to learn? Currently, failure to me is refusing to pursue a goal because I am too afraid.

She does an excellent job at reminding me of every mistake I have made, but she never recognizes all that I have accomplished. Now when she shows up, I use her as a reminder to focus on and celebrate my wins. Thank you, Cait!

I failed my driver’s test the first time I took it. Initially, I shut down and branded myself a failure. Yeah, there’s that word again.

After sulking and telling myself that I was the worst driver in the world who needed to stay off the road, the thought of depending on others to drive me everywhere led me to put my big girl panties on and consider what I had to do to improve.

I thought about what went wrong during the test, and the biggest mistake I made was running over a cone during the parking portion of the test. Okay, so I needed to work on my parking skills, which I did. A few weeks later, I retook the driving test and passed with flying colors.

Cait can get to be unbearable sometimes. Drowning out the negative talk with positivity has never hurt me, so whenever my inner critic gives her two cents, I give her a gentle push and make room for my success stories. Her negativity used to spread quickly, but now I turn her insults around and create my own narrative.

Being that Cait is a part of me, I don’t think I can get rid of her completely, so I show appreciation for her attempts to protect me and forgive her pessimism while remembering that she only has as much control as I give her.

I would rather be a friend than an enemy with the voice that lives in my head. The way we talk to ourselves has the power to give us strength or break us down. Let’s stop the constant internal war and take our power back for good. 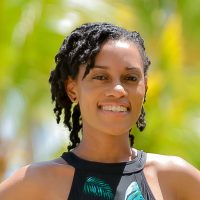 Kayla Francis, an extreme introvert and chronic daydreamer, is on a mission to empower the highly sensitive, introverted, and shy women of the world on her website. When she i… Read full bio