The Journey of a Meth-Addicted Mother. 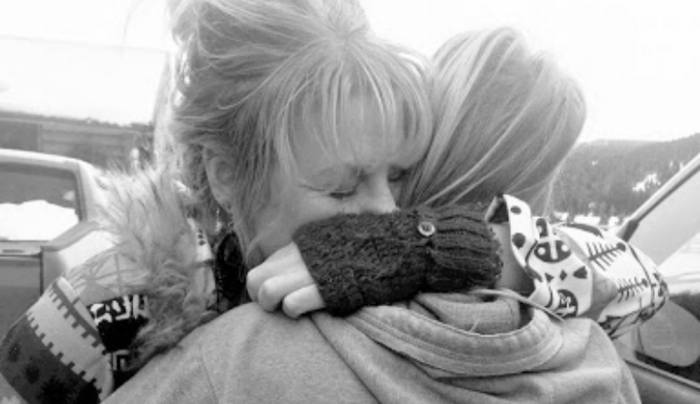 “I give you this to take with you: Nothing remains as it was. If you know this, you can begin again, with pure joy in the uprooting.” ~ Judith Minty, Letters to My Daughters

My daughter is strong, stronger than I would wish for her to be.

Part of the reason she is as strong as she is is the shit that I put her through when I was younger. Yes, me.

I was a junkie, an addict. I was a volatile, immature person and a lousy mom. I’m harsh on myself in the light of my own sobriety. The truth is, even through the fog of addiction, I loved my daughter fiercely; I just had a hard time getting my priorities straight. It’s weird what drugs—or obsession, even—will do to a brain. Addiction rewired my priorities; it didn’t take away my love.

My love for my daughter burned as a fiery inferno, and if you would have asked me, I would have said, I’d gladly incinerate myself for her.

And that’s what I did—I burned down my life.

I had smoked weed and drunk beer as a teenager and hung out with ruffians—and that had devolved into methamphetamine use before I was even of legal age. I had gotten pregnant that year, too—the year I turned 18. I was with a man, with whom I shared this addiction, and getting pregnant was my saving grace. Instantly, my body belonged to her and I would not consider polluting it—my body, her body—with anything more than a joint.

I held onto that feeling for a while—months after she was born—and then it was as if, as we became more separate, I slowly became less present, less committed. That old urge to numb and disappear returned—and it was even stronger than my maternal instincts.

It’s not like they turned off. They just got diverted. It’s so weird to remember, weird to describe, weird to feel. Somehow, I convinced myself that I could be both a mom and a meth addict—and I guess I did as I went on that way for too long—until an intervention occurred. Suddenly, my heart’s greatest joy was no longer my problem, and my problem became my life.

Did I not think of her? Of course I did. I thought of her as some beautiful, abstract miracle, not the moon blue-eyed baby whom I used to cook mac ‘n’ cheese for—slipping broccoli into it, because she liked to eat trees. I thought of her as my fairy pixie princess, who would draw me pictures when she came to my house, and whom I would not clean up after for days, because her mess would temporarily convince my drug-addled brain that she still lived there.

Eventually I got my shit together. I left town and started a new life in Seattle (which was curiously where most of the drugs I had been doing had come from). I was done, though. The day that I could not be present—on one of my few days I got to spend time with her—was my breaking point. I had nearly been raped the night before and gotten stranded in the woods.

My pain and exhaustion from the night before blurred the sweetness of pushing her on the swing that day. That was it. I wanted to rebuild my life, and I did.

As a mother, we learn to hold space. We learn to listen when we want to lose our shit. We learn to swallow our fear so we can hold the fear of our children first.

When my daughter began her confession, I knew she was just playing out the patterns that had been laid out for her—patterns I had been struggling to change with every fiber of my being since I had gotten sober (meth-free) over 15 years ago. Sobriety, sanity, is not all about the stopping and starting of drugs, though. These patterns run deep—into childhood. I had grown up in a volatile household—correction: split-family, violent households. Meth merely mimicked the chemical stew I had steeped in since I was a wee one. And my daughter had both the drugs and the violence to contend with.

Honesty heals better than any form of self-righteousness or even sense of self-preservation. I have nothing to preserve. My basic goodness can take care of itself, if I simply give it the chance to do so.

I must tell the truth. I told the truth. I cleaned up my shit. I apologized to my daughter until she asked me to stop (much as my own mother had done with me).

There is nothing more sweet or terrifying than having my daughter’s trust, for in becoming the vault for her secrets, I am torn open to my own fears. And I am afraid. I am afraid of the groundwork that was laid in her neurology when she was a toddler. I am afraid of the cellular memories that she has of her father and I fighting—punching holes between our bedroom wall and into the closet in her room. I am afraid, and sorry—so sorry.

Parents should care for their children, should protect them, but the path to doing so is not always clear or easy to follow.

Did I make mistakes? Without a doubt. As she herself prepares to become a mother, we talk about what boundaries she will need for her daughter—boundaries that I did not provide to her and that I regret. We talk about how her daughter must come first—no matter what. It’s easy to feel that nothing could ever come between them with that little bun in the oven, but at some point they will be separate. And then what?

She has a tender heart, my daughter. She always has. She is brave, compassionate, funny, and is moving through her shit far faster than I did at her age—and in many ways, she is mature beyond her years.

I want her to be brave. I just wish she didn’t have to be, in this way.

What I really want to do is to wrap my arms around her and protect her from all the harm I caused, and all the harm she may ever encounter. But she is now a grown woman, and she will find her way.

What I Learned From Being a Drug Addict’s Daughter. ~ Tina-Marie Corsi Things I have learned 6 months into Sobriety. How I Realized I was Raped.
See relevant Elephant Video