We Found Out It’s a Boy, And All I Could Do Was Cry 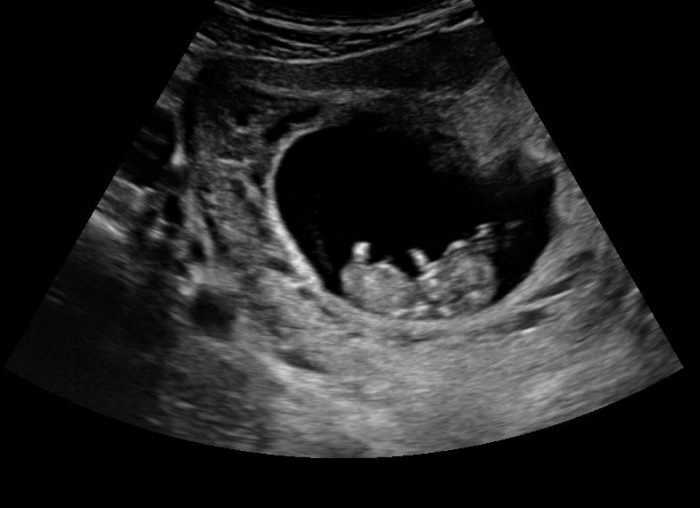 It was the most important day in my pregnancy!

At 21 weeks, my boyfriend and I were going to find out the gender of our first baby. We had made guesses for months now, but everyone kept saying it was a girl. My psychic, my coaches, my friends, and even random people off the street would come up to me and tell me I was having a little girl. My Mom had already purchased girl clothes, she was so certain.

The thought of having a little girl filled me with joy.

I would encourage her to become the first female president.

She would attend yoga classes with me.

I would dress her up in sparkly pink tutus and tiaras to let her know she is already a powerful queen.

But then something very unexpected happen.

We found out it’s a boy.

I felt the tears quickly rush up to the surface as the ultrasound tech showed us the image of his tiny male parts on the screen, but I quickly swallowed them back in order to hide my shocked emotion.

The first thought that flashed across my mind was all the men that have raped and emotionally abused my coaching clients. (I know not all men are rapists, obviously…but this is what just came up).

Then, I horridly imagined a little boy running wildly around the house, breaking everything in sight, picking his nose, waving his toy gun in the air, and trying to light the house on fire.

Finally, I saw images of my boyfriend, Kyle, and our son hanging out watching endless hours of  football together and me being left out on the sidelines alone.

With all of this, I immediately experienced deep shame, that my first reaction to having a healthy baby boy was overwhelming sadness. (Thank god I didn’t have a gender reveal party where people would have witnessed this).

Then I felt angry due to everyone telling me for months and with 100% certainty that it was going to be a girl.

I didn’t think the gender would matter that much to me, but there was a part of my subconscious mind that had secretly craved mothering a girl for years.

Having a boy didn’t fit into my big dream of raising a strong feminist daughter.

Boys are so out of my comfort zone right now. As a previous labor and delivery nurse turned life coach for women, and growing up with a sister, my world is 24/7 female energy. I don’t know the first thing about raising a son.

And then I felt awful, guilty and disappointed in myself for having this inexcusable reaction.

And I hurt my boyfriend’s feelings too.

Like, seriously… what kind of person cries over a situation like this when there are so many people out there who are desperately trying to have kids right now?!

If I struggled with infertility, I would be thinking:

“How selfish she is! Can’t she just be grateful the baby is healthy??”

I’ve had so many people ask if I’m excited. At first, I was honest with telling people that I was shocked and wasn’t prepared for this outcome.

I didn’t want to pretend. I wanted to honor how I was REALLY feeling, regardless of what kind of reactions people might throw my way, because I know that denial is the fastest way to delay growth and healing. I didn’t want my unborn baby to be exposed to my unprocessed feelings anymore than I wanted to be having these reactions myself.

After having heard my story, one of my Facebook friends told me about gender remorse, which I had never heard of. When I tried to look up an actual definition for the term, nothing existed, but it seemed to be quite a common phrase in the maternity world.

Knowing that I wasn’t alone and that hundreds of other women had experienced “gender remorse” with their gender reveals made me feel less alone.

I gave myself permission to grieve the loss of the dream that I had carried in my intuition for so long, that of mothering a little girl. I know that like most upsetting things in life, these unwanted feelings would pass. And they did.

Now, I’m excited, and plan on raising a strong and courageous feminist son.

Maybe I’ll have a little girl someday if we try again, and maybe I won’t, but I fully trust in the Universe that this is part of the greater plan. I know that when I meet my baby boy, I’m going to fall head over heels in love with him, and he is going to be amazing, brave, and absolutely perfect. 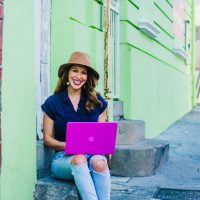 Krista Butler PCC, is a life coach and hypnotherapist for women who want to blaze their own trail but struggle with feeling trapped by society’s expectations to stay on… Read full bio