A Love Letter to Rebel Writer Judy Blume in Celebration of her Birthday. 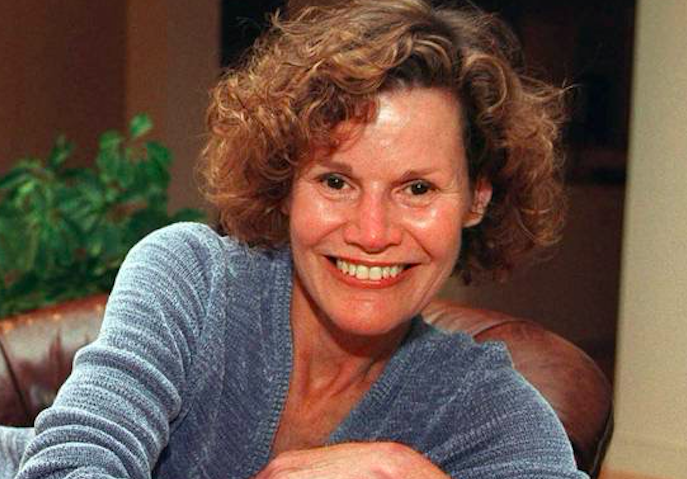 “You’re going to the devil, ya know.”

Going to the devil. It was the first time anyone ever told me that in my young life.

What does that even look like, going to the devil?

I felt the heat rise from the earth and furl up the back of my neck. Something was stewing and brewing inside, those first tastes of fear and misunderstanding, that burn and hurt in search for a place to land. As I processed swirling questions without words, my response seeped through my cheeks in the form of hot, red patches.

I wanted to run…somewhere safe from the devil, and away from these kids at the curb. But I had to stay, and wait. For the school bus.

It was a silent, noisy ride.

Why didn’t anyone tell me? This was the first time, at a bus stop in the middle of Middletown, America, boasting 33 churches and zero synagogues, that it was brought to my attention: Jewish people go to the devil for not being baptized.

In this particular conversation, everyone compared their weekends, all of which included some kind of Sunday school activity at their respective place of worship.

Our Sunday was spent working in the garden we planted every spring in our backyard. This was our sanctuary. I knew there was a G-d, because how else could a seed turn into a dinner salad? Who else could make a Robin egg this shade of blue? How could an inchworm climb so methodically along that stem, defying gravity? A frog sighting was pure joy, and we’d stay outside until the sky turned purple and the mosquitoes started to feast on dewy summer skin.

I loved this time of year when Mom planted bright marigolds with their distinct smell and Dad would dig up rectangles of dirt, where we placed tomato starters and seeds into the ground. We’d tend to the garden daily, with care and patience and faith. We were vigilant. And soon, if the weather cooperated, and even somehow when it didn’t, blooms happened, because the miracle of flowers has a tenacity and will to live of its own. To prove it even further, they would turn into red tomatoes, cucumbers, and peppers, green onions, beans, and with this came the sharing and swapping with neighbors, usually accompanied by goofy Dad brags. All a pretty religious experience if you think about it.

So how could my parents not want to protect me from going to the devil? Why didn’t they tell me that being half Jewish was a strange, bad thing?

Maybe I’ll get a pass with a protestant father. But my mom always made it clear, “your mother is Jewish, which makes you and your sisters Jewish.” That said, she was fine with us attending a week of summer bible school with a friend. We got to learn about and celebrate multiple holidays and traditions. My parents made it work in the best way they knew how, as they prayed in their own ways and topped our Christmas tree with the Star of David.

Until this moment at the bus stop, it felt normal to be raised this way, and even kind of special. And didn’t the class really enjoy the matzo the teacher asked me to bring for show-and-tell? Most of my classmates had never tried it or met a Jewish person.

Are we really the only ones?

The answer came one afternoon as a great revelation, in one of those kids’ magazines that only dentist office waiting rooms seem to have. In the pages of corny riddles and stories, there was an article on my favorite author Judy Blume, which happened to mention she was Jewish.

It even included an address to send her a letter. Surely she would be equally excited to find out there was another Jewish person on the planet!

So I wrote her, telling how much her books meant to me, and how the people in her stories felt like my friends. Then, ending with the big reveal: guess what, there is another Jewish person here in Indiana. My mom is Jewish, which she says makes me Jewish and maybe we could both breathe a little easier in the world knowing that is true.

I’ll never forget the day that Judy Blume wrote me back. I was in such disbelief that I put my finger on my tongue then touched the words to see if it was real ink. It smudged. Her actual hand wrote these words—to me. Every care and concern about bus stop kids dissolved at that moment, forever. If I have to go to the devil, at least I’ll be with Judy Blume!

In a world where fallacies run amok on school buses and playgrounds and well into adult arenas, thank whichever G-d you do or don’t pray to for Judy Blume. While some voices tell us that we’ll burn in hell for being born the way we are, and also that “yes, boys also get periods, they’re called boners, duh!” her voice sets the story straight in our impressionable minds. And we are forever grateful.

Deepest bows to you, Judy Blume, for continuing to write. For continuing to challenge the system and fight the good fight in the anti-censorship movement, in a world that needs more truth-tellers, and more people to let us know we are not alone.

We continue to learn from you, press on with you, and adore you, as we put your books into our own kids’ hands.

In celebration of her birthday, and her immeasurable contribution to the literary world, here are 15 inspiring quotes on writing and life, which are really one and the same for Judy Blume:

“The truth will make you odd.”

“My only advice is to stay aware, listen carefully, and yell for help if you need it.”

“That’s not a bad word…hate and war are bad words, but f*ck isn’t.”

“Not everything has to have a point. Some things just are.”

“The best books come from someplace deep inside. Become emotionally involved. If you don’t care about your characters, your readers won’t either.”

“I wanted to write what I remembered to be true.”

“Anybody who says, ‘My childhood was completely happy,’ is a person who isn’t remembering the truth.”

“Snoring keeps the monsters away.”

“When I’m writing a book, you can’t think about your audience. You’re going to be in big trouble if you think about it. You’ve got to write from deep inside.”

“I don’t deal with writer’s block. I don’t allow myself to believe that there is such a thing. I think that there are good days and a lot more less good days.”

“You know what I worry about? I worry that kids today don’t have enough time to just sit and daydream.”

“Life goes on, if you’re one of the lucky ones.”

“Our finger prints don’t fade from the lives we touch.” 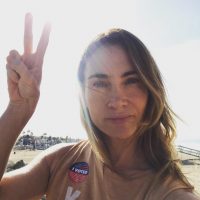 Jodi Ryan is a Mom, writer, yoga teacher, and dog servant with a background in Public and Environmental Affairs and Film Production. She has big love for documentaries, sketch… Read full bio

10 Once-Banned Books You Should Read to Celebrate Our Nation’s Birthday. What Will Change When My Kids Learn to Read?
See relevant Elephant Video