“The word ‘Christ’ is a psychological term”: 5 Mind-Blowing Quotes on Spirituality & Religion. 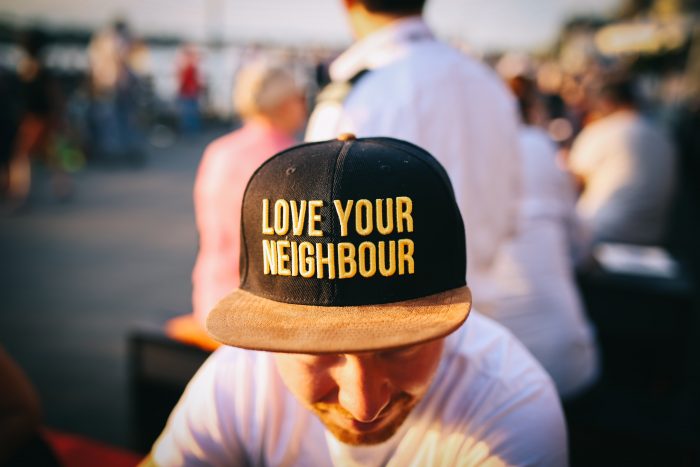 “Man made ‘God’ in his own image. The eternal, the infinite, and unnameable was reduced to a mental idol that you had to believe in and worship as ‘my god’ or ‘our god.’” ~ Eckhart Tolle, A New Earth

All my life, I was raised Catholic. I was taught that it was God who created us in his own image.

I went to Catholic school and I went through all the sacraments you are supposed to in order to belong: I was baptized, had my first holy communion, and had my confirmation. I tried to attend church regularly in my 20s. In the eyes of the Catholic community I was devout. Some would have referred to me as religious.

But what does it mean to be religious anyway, and how does that make me a good person?

I spent my teen years in a Catholic school, and a significant part of my 20s trying to live by the doctrine I was taught was the absolute truth. In all of those years, however, I rarely ever felt a connection to these teachings. I would sit at church, looking at my watch, counting down the minutes until the end of service. I would find any excuse I could to skip mass on Sundays.

I began questioning the very existence of the God that, up until then, I was raised to believe would punish me for even having these doubts. Some would even call this blasphemy. I struggled with these thoughts, as I am sure many people have. So, if being religious made me a good person in the eyes of God and society in general, did questioning my faith mean I was a bad person and unworthy of God’s love?

I stopped going to church altogether. I figured if God really was watching me and casting judgement, then was sitting in that pew not wanting to be there really a better alternative then not showing up at all?

Fast-forward to my 30s. I began having this longing to find purpose. I mean after all, are we not here to fulfill some kind of destiny? I started reading about different faiths: Christianity, Judaism, Santeria, Methodism, and even Buddhism (although Buddhism, in itself, is not a religion but rather a set of principles, but I digress). I learned that what most organized religion had in common was that each one believed they are the only way to truth and salvation. Studying them further reinforced my belief that organized religion was not where I was going to find spiritual fulfillment.

A few years later, a friend gifted me Marianne Williamson’s A Return to Love: Reflections on the Principles of A Course in Miracles. I thought, “Here we go. Another Christian book,” but figured I had nothing to lose by reading it. As I began diving in, I came across this statement she wrote that still blows my mind today:

“The word ‘Christ’ is a psychological term. No religion has a monopoly on truth. Christ refers to the common thread of divine love that is the core and essence of every human mind.” ~ Marianne Williamson, A Return to Love: Reflections on the Principles of A Course in Miracles

I thought, “Oh my god. I can relate to this!” It was the first time in a long time that I felt a connection to a statement containing the word “Christ.” (If you have not yet read this book, I highly recommend reading it not once, but multiple times.) Marianne goes on to say:

“It takes courage to endure the sharp pains of self discovery rather than choose to take the dull pain of unconsciousness that would last the rest of our lives.” ~ Marianne Williamson

The more I read, the deeper I went in. I have read quite a few books since then, including my current quest of tackling the lessons of A Course in Miracles by David Hoffmeister. I have experienced more spiritual growth in the last couple of years than I ever did in the first two decades of my life in the Catholic church. I am still learning, still evolving, and perhaps I always will be.

“Having a belief system, a set of thoughts you regard as the absolute truth, does not make you spiritual no matter what the nature of those beliefs is.” ~ Eckhart Tolle, A New Earth

So, to answer this question, I would say that religious does not equate to spiritual. Is one better than the other? Well, that is up to each individual to decide.

The beauty is there is no right or wrong answer. I choose to live my life by a set of principles I can connect to: I choose love, I practice gratitude, I give compassion, and I have faith in my connection to a higher power. I wish everyone the happiness I wish for myself. I do not believe I am superior or inferior to anyone else, regardless of their beliefs.

Above all, let’s just say that the universal answer to it all is love. 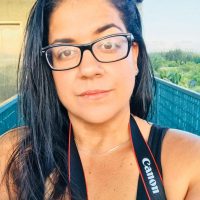 Michelle Acosta is a self proclaimed explorer of all things and people, and a sunrise-chasing, beach-walking, book enthusiast. … Read full bio