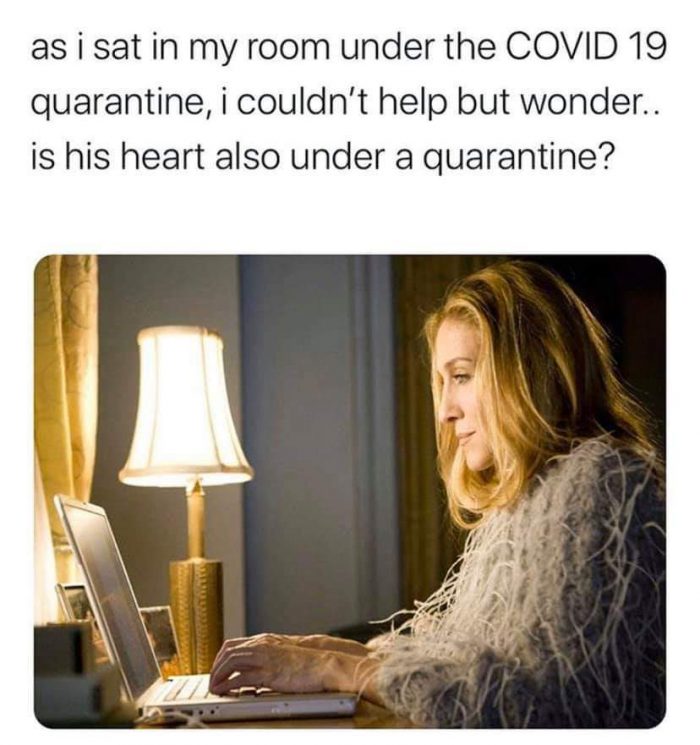 “I spent $700 on supplies…” Mike, a friend, divulged tentatively.

I personally hadn’t been worried about getting the virus. It all seemed rather out of proportion to me.

Then I got an email from the president of my school; that our classes would be moving online for the remainder of the semester.

The programme I’m in is a cohort model. We spend three years with the same people in large and small group psychodynamic-process, where we learn to be psychotherapists. We also develop a community of sorts along the way. We hate and we love one another and, in that way, we learn about ourselves, about connection, about loss, about love, and about grief. We do all of this in direct relationship to each other, where the person-to-person format feels unique and of the utmost import.

All of a sudden, however, I felt abandoned again. This time it wasn’t by my father or a partner, but by the institution I had grown accustomed to.

I felt powerless. Alas, not the kind of powerlessness most of my extended family felt when they were sent to concentration camps, but powerless in having lost any choice in the matter.

Most of all, I felt death. A death of what I had come to know and hold on so tightly to.

I say all of this because I’ve been hearing and reading a good deal of thoughts on people’s reactions. People are afraid, whilst others are invalidating such feelings as being a part of the fear-mongering horde. And maybe this is all being blown out of proportion. I’m not sure.

What is relevant is the fear itself. It’s a fear that we will probably all face in some respect or other. A fear that will wear a great many differing faces. For myself, that fear finally emerged in the community I would no longer be seeing for the foreseeable future. Its tendrils traced back to early emotional wounding and trans-generational trauma. For others, it might look at first glance like the fear that they or their loved ones could become ill. Could perish. For, on some level, this is an existentially pervading experience; the reality that death is just around the corner. That we will all die. That we are in so many ways powerless to this fact, that neither we nor those we love are going to make it out alive.

I had been feeling somewhat numb to this fear these past few weeks. Death was nothing new to me. Hell, I’d even had my own brush with it on a few occasions. So maybe most people’s reactions were due to their not having experienced much loss and, subsequently, the salience of death quite yet.

Thing was, I had only attached my immortality project (those things we cling to in the attempt to feel as if death will never become us) to something that I hadn’t felt was being taken away yet.

And, like it or not, we all hold on to a great many things. It’s a human imperative. The feelings of connection keep us alive. On the other hand, it’s also quite certain that no thing can last. The existentials related this to the first and last impermanent thing; our lives. This idea that on some level we are all deathly afraid of, well, our own and others’ demise. The Buddhists related it to the idea that in every single moment there is a death of sorts. Both schools went on to create a whole plethora of practices to contemplate on all of this; this fear and sort of basic human anxiety that we will do anything to keep from really feeling for too long.

And now, lo and behold, there’s this new virus. This sort of intangible thing that we can’t really do anything about. We can sure try to. We can buy as many face masks and sanitizers as we can get our hands on. We can take the necessary precautions, and we can follow all of the protocols put in place for our safety. In essence, we can create new ways for us to feel safe. And that isn’t a bad thing. We’ll keep doing it.

But, on some level, we can also use such times of grand-scale instability and immodilsing grief in a mindful sort of way. We can contemplate on why it is that we might be feeling, not only concern, but distress. We can look a little more at why we might be feeling afraid. And that very looking might just help more than we think it’ll hurt. 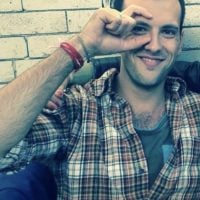