The Two Perfect Candidates for a Joint Ticket are still in the Primaries. 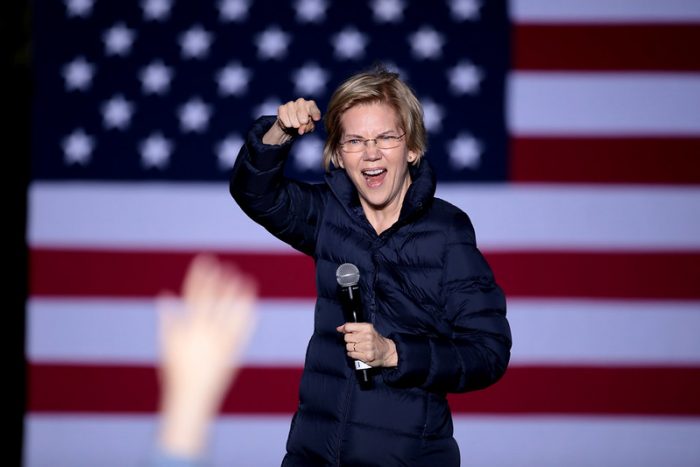 The country is more divided than ever. Trump and supporters on one side, the Democrats on the other. We see also, Democrats divided among themselves.

We see this mudslinging among the Democratic candidates as Bloomberg accuses Sanders of being a communist and all other candidates shout at and over each other.

We see it among ourselves. All over the internet people are insulting each other, instead of discussing actual policies.

It is hard to figure things out. What do we know? How do we feel?

Sanders is too progressive, Joe is too moderate, and Bloomberg? Just another billionaire. At least that is what I read on Twitter, other social media outlets, and in the news.

Yesterday, our Editor in Chief, Waylon Lewis, took a stand for Elizabeth Warren. There are many good reasons to do that. Mayor Pete dropped out, and she seems to stand out as the ideal candidate for moderate yet progressive voters.

When announcing the end of his campaign Mayor Buttigieg said this:

“And so we must recognise that at this point in the race, the best way to keep faith with those goals and ideals is to step aside and help bring our party and our nation together” ~ Pete Buttigieg

Just as he repeatedly reminded us during the debate: It is about winning against Trump and finding out how to do that.

With he and Steyer out of the race, as well as Klobuchar, we’re left with Sanders, Biden, Bloomberg, and Warren. The question arises, who drops out next?

Being both the youngest candidate and a woman makes Warren seem more and more attractive for progressive voters. I feel you, folks; I feel you, Waylon. I liked the words on your Facebook status:

“I’m a Warren man, but I’ll gladly support Bernie, or Bloomberg, or your cat, if your cat is decent, caring, respects science, and can get Donald out of the Oval Office.” ~ Waylon Lewis

Before Warren supporters like Waylon give up and support a cat, there is something that has crossed my mind over and over during the last few days. The one obvious thing:

National polls see Warren around 11 to 12 percent of the vote. Taking Biden’s momentum from South Carolina into account, it does not seem realistic that she is going to win Super Tuesday. Especially as Bloomberg will join the competition and is currently a few points ahead of her according to national polls.

She had a great campaign. She brutally attacked Bloomberg during both debates, and did every other candidate a huge favour with that. She exposed him live on TV, and took away most of the momentum he has gained from a gigantic advertisement campaign.

Bloomberg could have been a serious challenge for Sanders, but Warren took him down. At the same time, her pushy approach was criticized by many, and she did not improve her situation by doing that.

Warren has experience as a senator. She is progressive, she knows far more about details than Sanders, and is popular among moderate voters. At the same time, she does not have a passionate movement behind her that is anywhere close to the organisation that carries Sanders.

It is time to return to the original question: How to defeat Trump?

Some say that he acts like a misbehaved teenager (just like we do as we debate online). Who can stop him, unify the nation, and make us act like adults again? How can we stop the teenager in the White House? Maybe it is time for some adults to step in. Adults who put aside their egos and do what is best for the cause.

Sanders needs to take a look around and ask himself: Who could be my partner in this? What am I missing in my campaign?

You probably already figured out what I am getting at:

Let’s all imagine we are teenagers for a moment. Emotional, agitated, and frustrated. What kind of parents would we wish for in that situation? Mom and Dad, please fix this for us.

Warren and Sanders, please get together and win this election!

As much as I would love to see a first woman president, this is bigger than that; it is about stopping Trump.

We have a man who fought all his life to get here, who is willing to give the last years of it to serve this country and—most importantly—lead in all of the polls nationwide, carrying a huge momentum among his supporters.

We have a woman who has everything he is missing and ranks fourth place.

What do you think? Are you ready for Mom and Dad to fix this?