White Americans: We are Guiltier than we’d Like to Believe. 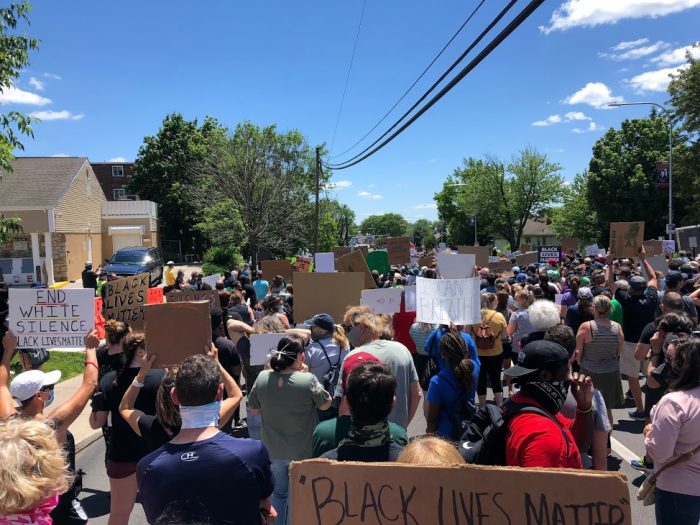 I had expected a hundred people to show up, but nearly 2,000 did. At the end of the march, one of the students asked us all to kneel down for 8 minutes and 46 seconds.

I knelt, placed my hand on the hot asphalt, and closed my eyes.

What was going through George Floyd’s mind during the time he was being murdered?

When you watch the video, you can hear him plead for his life (“Please, I can’t breathe“), and toward the end, he called out for his mother.

When I knelt at the march, a wave of anger, shame, and empathy washed over me. I kept thinking about how I would feel if a cop knelt on my brother’s neck for nearly nine minutes. I would not stop until I found justice for him.

Six days later, I went to another Black Lives Matter march. This morning’s march was organized by a first-grader in elementary school. Hundreds of parents and students came out for that day’s march. I watched as a tiny kid with a bullhorn asked us all to kneel for 8 minutes and 46 seconds.

Still, the time ticked on as I stopped to think about how long 8 minutes and 46 seconds really is. I looked up at all the people wearing masks and then closed my eyes again and replayed the video of George Floyd’s death in my head. I saw the officer, Derek Chauvin, nonchalantly kneeling on George Floyd’s neck with his hands seemingly in his pockets.

In 8 minutes and 46 seconds, a fast runner could run two miles. You could almost read the entire Declaration of Independence (it takes about 10 minutes), or the police could have taken George Floyd into custody. He did not have to die.

But he did. As have many other people of color:

When you read about their deaths, you start to question: How did Breonna Taylor and Dominique Clayton both die from officers while sleeping in their own bed?

I had a lot of time to think during this morning’s 8 minutes and 46 seconds of reflection.

Last week, a friend of mine mentioned that when she talked to the high school organizers of the last week’s march, it became clear to her that they simply wanted older generations to get out of their way. They didn’t need our help. They saw injustice and knew what had to be done to fix it.

And today, a first-grader had called for a march and people showed up.

I can only imagine how people of color are sick and tired of white liberals holding signs and marching but then fading back into our comfortable role of complacency.

It’s easy for me to point a finger at someone else and say that a cop is a racist, but what about me?

One night many years ago, near the steps of the Philadelphia Art Museum, a black man threatened me with a gun. It was dark and mid-winter. He wanted my camcorder, we struggled, and he got the case with the camcorder as I held the broken strap.

He ran off, and a raging fury came over me. I grabbed a shovel from my car and then chased after him.

Did he really have a gun? I don’t know. It could have been a finger in his pocket.

Fear won, and I turned back and went to the cops. I wanted justice and restitution. A white officer brought me to the local police station, and he pulled out a briefcase with stacks of photographs. Each stack represented dozens of pictures of young black men. We went through the stacks, but I couldn’t identify the person who stole my camcorder.

I went home, and the next night when I went to my job in retail, I irrationally thought how every black man I saw was going to mug me.

And I remembered how, in growing up, I often heard my Italian grandfather use the slang and racist name for black people. I never blinked an eye or told him that he was wrong.

How many times have I committed micro-aggressions and been clueless?

About a year ago, I attended a political activist meeting, and in front of a black member, I pretended to crack a whip and talked about how I had gotten a project done on time. Afterward, a woman called me out on how I had acted, and it hit home: I had no clue that actions had been offensive and wrong.

I cannot tell you what you need to do or how we’re going to end racism in America.

But I do know this: change starts with me. I’m part of the problem. I have a lot to learn about my own prejudices and need to grow.

I need to listen more to people of color and get out of my liberal bubble.

If I want to be an ally, then I need to come to terms with my own prejudices first and then be willing to stand up and call other white people out on their prejudice and racism.

Is that going to be easy?

But I’m willing to try. 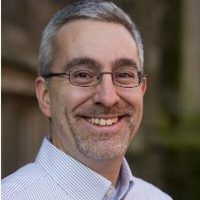 These 4 Words from George Floyd’s daughter made me Smile & Cry at the Same Time. The Killing of Black Men. I am Black. This is what I Need (& what I Don’t) from White Allies.
See relevant Elephant Video