How Meditation Leads to a Bolder, Braver Life. 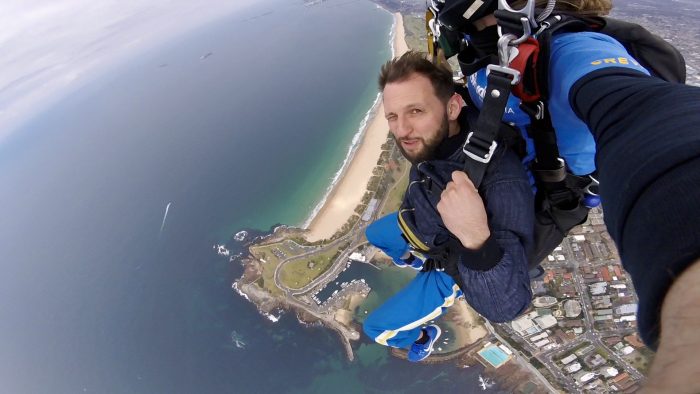 When I was growing up, we were lucky enough to visit Africa a few times, as my dad is originally from South Africa.

One trip when I was still a teenager, we went to Victoria Falls in Zimbabwe, which is one of the most awe-inspiring places in the world: a waterfall more than a hundred metres high and over a mile wide.

Near to our hotel, there was a famous bungee jump off the bridge that spans the Zambezi river and links Zimbabwe and Zambia.

I vividly remember standing on the bridge watching the churning water and rapids all the way down in the ravine below.

At the time, I had a pretty big fear of heights and could barely even get near the edge to look over. I have two sisters—one older and one younger—and I had to suffer the indignity of them both having the guts to jump when I didn’t.

I stood to the side, imagining all the horrors that could ensue.

They both jumped and were fine, but years later a news story came out that seemed to vindicate my reluctance. An unfortunate Australian woman had the cord brake on her and she fell 100 metres into the river below.

This would be bad enough, what with the impact with the water. But then she had to navigate the rapids—not forgetting that while the cord broke, her ankles were still tied together. On top of that, there was also the not-insignificant detail that crocodiles patrol that part of the river.

Miraculously, she survived with only a broken collarbone—but for me, it was like a small victory. See, I told you it was dangerous! This, despite the accident ratio for that site being approximately one in every 50,000 jumps.

It’s like when you hear about a shark attack and use it as a reason not to go in the water again—even though you’re more likely to be killed by a cow than a shark.

When it came to my 40th birthday a couple of years ago and my friends were asking what I wanted, I decided it was time to overcome my fears by doing a skydive.

I’d been meditating for four years by this point and hadn’t tested my fear of heights for quite a while. I thought I’d be terrified on the day, so I was surprised to discover I felt completely fine.

I went with a friend, and it was a couple of hours’ drive south of Sydney where we live. She was so nervous for the whole buildup that she couldn’t enjoy any of it until she was actually in free fall itself.

But the sensations in my stomach that I used to feel as nerves or anxiety, I now felt as excitement and anticipation.

On the video from the day, I can be seen joking with the instructors and smiling the whole way up.

Even when I was shuffling forward and dangling my legs out of the plane door with the instructor behind me, I still felt fine.

When he pushed us off the edge and we were tumbling through the air, it took a couple of seconds to catch my breath—but then I was loving the whole experience. It was a shot of pure adrenaline, pure elation.

I realised that whatever had caused my fear of heights had dissolved.

When I tell people it was meditation that made the breakthrough, they often laugh or are at least skeptical. What could meditation and conquering a fear of heights have to do with each other?

My answer is that fears and phobias fit into a wide category of psychological phenomena that we as meditation teachers term stresses or stress triggers.

We each have our own personal backlog of stresses that manifest as limitations in our lives. Do you fly off the handle when someone cuts you off on the road? Do you go weak at even the thought of public speaking?

These reactions are based on stresses that your unconscious mind refers back to and then prompts a physical response that you interpret as fear.

The body’s usual way of removing this buildup of stress is through sleep and dreaming. But the body can only off-load a certain amount of stress in sleep.

When we meditate, we allow the body to rest two to five times more deeply than sleep (according to Harvard medical professor Dr. Herbert Benson), which allows the body to release more of these long-held stresses.

Without any conscious effect, meditators find over time that all sorts of stresses, fears, and phobias evaporate. Sometimes they might have an insight in the moment that such a change is taking place, but often not. I never knew about my fear of heights disappearing, just like I didn’t notice my fear of public speaking or job interviews falling away until I was in those situations.

With a smaller backlog of stress, we’re more able to take things at face value—more able to appreciate how safe things like skydiving are in the grand scheme of things.

A whole world of possibilities that were previously closed off to us suddenly opens up—and the fun part is finding out which door will open next. 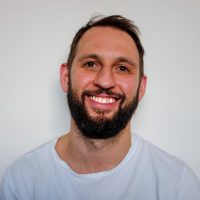 Rory Kinsella is a writer and Vedic Meditation teacher based in Sydney, Australia. A former hard-drinking musician and journalist, he quit alcohol in 2017 and has written wide… Read full bio