Why I’m Damn Happy I Finally Medicated my Anxiety. 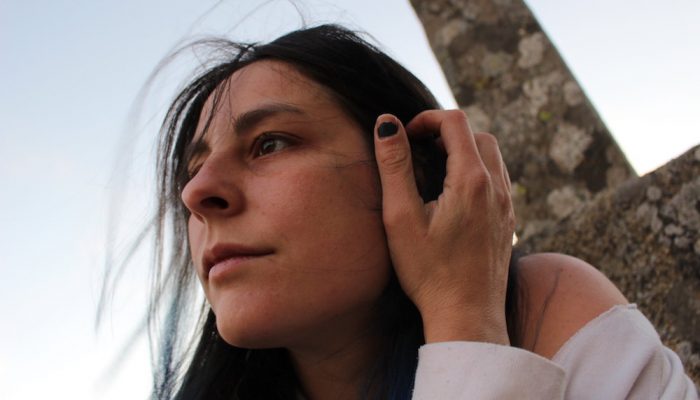 “What do you take?” asked my friend, Marianne.

Her question was so casual, I thought I’d misheard her.

“What?” I turned toward her, my brow furrowed.

“Are you taking anything for anxiety?” she clarified.

“No,” I responded, and while my gaze returned to the speaker on the stage in front of us, my attention remained on Marianne’s question for hours.

It was the second Wednesday in March. The week prior, a section of our city had experienced major damage, thanks to a tornado that touched down just three miles from my home, leaving a path of destruction 50 miles long. Now, the world around us was preparing for another storm—the COVID-19 pandemic—and it appeared to be closing in on our city fast, with cases reported in counties to the south and west of us.

My husband, a traveling consultant, was sent home early from out of state, thanks to a confirmed case at his client’s workplace. He would be arriving later that night. My grandson’s school had just notified parents of an immediate shutdown, and given the fact that he and his mother lived with me while his mother attended graduate school, visions of how I’d fill the days of a precocious five-year-old began clamoring for my attention.

Earlier in the fall, Marianne and I had purchased tickets for a book launch at a local theater and looked forward to a girls’ night out. Over dinner, we checked emails and websites to see if the evening’s event would be canceled at the last minute, noting announcements of other closings filling our inboxes. The launch was still a go, but I was uneasy at the prospect of being in a room filled with several hundred other people.

A racing mind and familiar tightness in my chest vied for my attention for the first half of the evening, then the author casually mentioned her appreciation for the SSRI she took, and how it kept her “in balance.”

That’s when Marianne asked me if I was taking medication.

My close friends were familiar with my lifelong battle with anxiety, but I didn’t need anything for it. It was something I managed.

I was a yoga instructor and frequently touted the calming benefits of the practice. I even led guided meditation sessions. As a certified holistic health practitioner, I knew which foods contributed to a heightened sense of tension, and avoided them stringently. I saw a therapist regularly who helped me process my traumatic childhood. While those things helped, insomnia and racing thoughts simply seemed to be a part of my personality.

At a first appointment with a new dentist years ago, he took one look in my mouth and said, “Oh, I see you’re a high-strung type-A. No wonder you have TMJ.”

Stunned, I wondered where he’d gotten his intel.

“Those cracks in your molars have got to be addressed before you completely fracture them,” he said, then fitted me for a bite guard to protect against nighttime teeth grinding before repairing my damaged teeth. After chewing through numerous guards, I eventually upgraded to Botox injections in my temporomandibular joints.

Occasionally, I’d mention my anxiety to my doctor—in the context of insomnia or lack of appetite—but repeatedly refused his suggestions of exploring medication, saying, “I’ll try natural remedies a little longer.”

Always in the back of my mind was my mother’s reaction to my announcement decades earlier that my gynecologist had prescribed medication to address severe PMDD in hopes of regaining the 10 days I lost each month to debilitating depression.

“What? No! The next thing you know, you’ll be walking around your house in gold lamé slippers and smoking Virginia Slims all day, high like my mother!”

My grandmother’s addiction to Valium was legendary. Unaware of the difference between the types of medications, I was afraid of succumbing to the same fate.

I refused to fill the prescription and suffered for years.

The day after the book launch, my new normal began. My grandson and husband were both home. I struggled to come up with an emergency shopping list—how does one stock up on whatever one might not be able to get if things get “bad,” especially when one doesn’t know when or if the “bad” is going to fully arrive?

My thoughts flitted from my elderly parents in poor health to my recently single sister with severe asthma, and I wondered how I would take care of everyone. I felt the familiar swell of panic and envisioned the next several months of its uncontrollable ebb and flow.

I recognized the pattern. I needed to talk to my doctor. I knew it was time to try medication—before my anxiety snowballed, rather than after.

I made the call I’d put off for years. It felt as if I was stepping off a high dive.

As I gave up my long-held resistance and committed to this free-fall, I was filled with tremendous relief. Following my appointment, I was armed with prescriptions for two different medications—one for daily use, the other for more intense episodes—and a sense of pride in myself that I finally accepted the help I needed.

As the subsequent weeks unfolded and I was able to maintain an astonishingly even mental keel in the face of the spreading pandemic, sheltering at home, and managing my grandson, I knew I’d made the right decision. 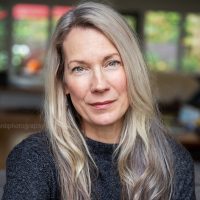 Eleanor Willis Haddad is a yoga instructor and member of The Porch Writers Collective in Nashville, TN. She has performed her stories onstage for Tenx9 Nashville, which can be… Read full bio