3 Ways the Need to be “Right” Holds us Prisoner.

Have you ever talked to someone who always needs to have the last word and be right no matter what?

Or maybe…just maybe, are you that person?

Wait! I didn’t mean to point fingers at you—I’d be the last person to do that, considering I have spent a major part of my life doing the same. I couldn’t possibly let someone else have the last word and pretend that they are right—or worse, have them think I am wrong.

I have to say something, anything because feeling right feels so good, doesn’t it?

Actually, I have realised there is something else that feels even better than being right and that is *drumroll* freedom.

Freedom from spending my precious energy proving that I am right. Freedom to allow myself my own point of view—and to give others the same. And most importantly, freedom to create.

Allow me break this down.

1. Freedom from spending my precious energy worrying about what other people think.

Can you imagine what it would be like to stop feeling the need to defend, explain, and justify yourself?

Let me give you an example. I recently signed up for an online program and sent a question to the person directing it. His reply? “You’re asking me now?”

At first, I didn’t realise what he meant by that comment, but soon I discovered that I messaged him a mere two hours before the program was about to start—about a small problem, when he definitely had more important matters to tend to. I was mortified because I had messed up when converting the time of the start of the program—and then I messed up again by messaging at such a short notice.


I especially cared because I admire this person a great deal and didn’t want him to think of me as someone not worth admiring back. I spent a lot of time thinking about this and bashed myself—I couldn’t stop wondering what he must think of me now.

My righteous self wanted to die. Okay. That is a bit of an exaggeration, but my reaction was somewhere near there. I wanted to write an essay explaining myself for the mistake I made.

My righteous ass made a mistake.

It took everything in me to be okay with not being “right” and making a mistake, like every other human being.

And while I tend to defend, justify, and explain away my actions in fear of being perceived as wrong, this experience reminded me that I can also choose to give myself the space to learn from my mistakes. That I am human.

What would it be like if we allowed ourselves to make mistakes and be okay with it?

2. Freedom from no longer trying to prove that I am right.

This one is simple—if you’re not right, it doesn’t mean that you are wrong.

It just means that between “right” and “wrong,” there exists something called an “interesting point of view.” That’s right.

Whenever I find myself trying to go into either my rightness or my wrongness, I remember that truly, I have a point of view. If I find someone else judging me as right or wrong, I do the same. I know it sounds simple, but rewiring the way we think about this can change our whole life.

A couple of days ago, one of my friends informed me that sometimes I tend to be rude and don’t even realise it—and it wasn’t the first time that he told me this. In the past, I would go into defense mode and explain to him that when I feel intense about something and get extremely honest—which contradicts my generally sweet nature—he finds it to be rude. But that I am not actually rude. I am just being intense, which he isn’t able to handle.

I don’t like beating around the bush and like to tell it how it is. Is that really wrong?

When he brought this up again, I paused to weigh my options. I could have tried to defend and justify myself—like so many other times—or, I could choose to be okay with him having that opinion.

Needless to say, I decided to conserve my energy and chose the latter. This is just an interesting point of view that he has about me.

Wouldn’t it be easier if we remembered that the opinions of others are merely an interesting point of view? And while we don’t have to align and agree with something, we don’t need to resist and react to it either?

Now, I say that you don’t have to align and agree with the point of view because sometimes—out of caring about the other person’s opinion—we want to believe they are right. Maybe I have been rude and could have communicated better. Ultimately, your being knows what is true. You know yourself better than anyone. Trust that knowing.

3. Freedom to create beyond being right.

Finally, giving up our need to be right opens up our willingness to be creative.

Think about something that you have wanted to create for a long time, but haven’t started because you fear you may suck at it, or that it won’t turn out right?

Personally, I have a lot of troubles when writing because I feel like I have to get it just right. There are many times when I would rather not write at all than risk writing something that might not turn out “right” like I want it to. However, I have found that when I release judgment around my work, that is when true creation happens. Just do it.

What if you didn’t have to get it right?

What if creation is not about being right, but enjoying?

What would you create if you didn’t go into the “rightness” of creation but into the joy of it? 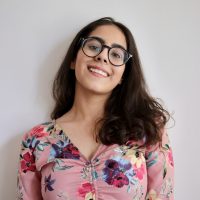 Janavi Chawla is a 19-year-old writing about consciousness and sharing her super relatable life experiences with the world to create a more happy planet to live on. If you wou… Read full bio

How to Move Forward & Heal when you’ve F*cked Up—Bad. 6 Things that happen when we’re Brave Enough to Suck Royally. Why Being Right Isn’t as Important as Being Kind.
See relevant Elephant Video