Why Your Positive Mind is the Worst kind of Devil.

I’ve recently been doing a lot of self-work. Okay, who hasn’t right?

I have been trying to reduce some of my habits which, quite frankly, aren’t in alignment with who I am.

I have a definition of who I want to be in the future, and the things I do on a daily basis are not helping me to get to where I want.

I have a lot of inner anger, which I am working through. It comes through in my conversations and when things are challenging, and when it does, I beat myself up. That’s exactly when I do all the things that are totally out of alignment with who I actually want to be.

The thoughts we follow and hold onto can make or break our life experiences. I’ve always thought that if you wanted to live a great, happy life, you needed to have a dominant positive mind.

After all, the negative mind is the one that holds you back from doing the things you don’t want to do anymore, right?

While it does have its merits, the positive mind can also wreak havoc on those “be good to yourself” intentions.

The negative part of the positive mind

You might think it is only the negative mind that is responsible for the negative things you do. Turns out the positive mind isn’t always your best friend either. In fact, it can actually be your worst enemy—the little devil on your shoulder. You know, that voice that says, “Just one. What can it hurt?”

The positive mind doesn’t pay attention to the warnings inside that something isn’t good for you. If you have a craving or a desire it is the positive mind that pushes for it.

The negative mind is the part of you that sees behaviors as bad, unsafe, and unhealthy. It is also the part that will criticize and make you feel ashamed or guilty. And your negative mind can be the leg up you need to say “no” to the positive voice’s advice.

So, basically, if the positive mind wins and you do what you know you shouldn’t, the negative mind will likely come in and make you feel awful for it. That’s when you can end up in a low frequency that has you binge eating ice cream out of the container.

Did you know that we actually have not one, not two, but three minds?

The neutral mind is really where it’s at. It’s the middle way—the way of the Tao.

This can stop you from making a purchase on a pair of shoes you don’t actually need. Your negative mind is going to say, “You don’t need those shoes, you already have a similar pair in brown.”

Apply this to anything like eating bad food, having drinks, or calling your ex. Your negative mind might be a Debbie downer, but you need it.

The positive mind is a lovely thing indeed. It is your chasing rainbows kind of thought process, where all things are possible. When your positive mind is dominant, you feel really good and open-hearted. The thing is, it’s not always realistic, and may not have your best interests in mind.

The positive mind is the one that makes you late. There’s plenty of time! It doesn’t see that there is the possibility of a negative outcome. It is the voice in your head, when dieting, that says just one cookie will be fine. It is also the same voice that will say a dozen cookies are okay because hey, it’s just one day and you’ve been behaving every other day.

If the positive and negative mind are siblings, the neutral mind is the balanced adult—the voice of reason that swoops in and makes sense of everything. A statement might be, “I feel better when I don’t have a drink, and I care about my well-being.”

The neutral mind reminds you that you have a vision for yourself—that any form of instant gratification is not worth it in the long run. The neutral mind is Mr. Miyagi, Osho, Buddha, or the Dalai Lama (but it happens to be the voice in your own mind.)

It can pull you out of any predicament you’re in. We all have habits that we have a hard time managing. We are all trying to be better in some way by dropping something that doesn’t serve us.

It’s all about being mindful.

To be more mindful where it becomes automatic we of course need to meditate often. This gives us the opportunity to hear what our positive and negative minds are saying. It also gives us the chance to conjure up the neutral mind and get to know its voice.

You’ve probably heard of the Tao before. In simplistic terms, it’s walking life right down the middle. It is through the neutral mind that we can walk the Tao. That we can accept and not judge. That we can hug ourselves amid a chaotic craving or desire to act out a compulsion.

The neutral mind is the one that stays right there, looking at body sensations when you’re in stress or in craving. It is the one whose voice gently shares the straight-up facts.

When you’re in this headspace, you make statements like, “My emotional well-being is dependent on not engaging with my ex-boyfriend.” It is a simple fact that is true to you. When you’re in this mindset, you offer yourself love, respect, and are in alignment with what you truly want for yourself; you take that sacred pause before doing things so you can trust in your own actions.

When you are in neutral mind, you can appreciate yourself more and feel like you’ve found a friend in you. 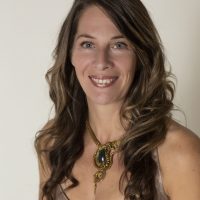 This Matthew McConaughey Speech on Happiness just Blew me Away. The Difference Between Joy & Happiness (& why it Matters). Top 10 Lessons on Desire From the Hungry Ghost.
See relevant Elephant Video