“I Should’ve Eaten the Donut:” a Powerful Way to Look at the Happy, Sad, WTF Moments of our Lives. 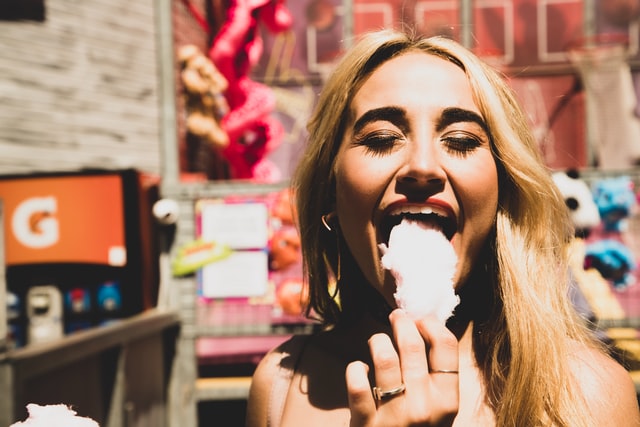 What began as a woe is me rant, a pity party ensuing from a long, tenacious week of adulting through what seemed like a cornucopia of WTF moments—starting with a fourth degree burn—instead turned into a much-needed reality check about something I have always known.

Let me begin at the beginning, which started off with a bang—literally.

I kicked off my week by opting not to buy a much-desired, sugar-coated confection at the local donut shop and chose to make a healthy alternative: oatmeal.

Feeling proud of myself as I filled a pan with water, turned on the burner, and began to wash some fruit, I ignored the immediate smell of something burning, assuming it was just residuals of food left on the burner. Turns out, I turned on the wrong burner—a burner housing a glass pie dish filled with brownies, and mere nanoseconds later, kaboom! Molten hot chocolate goo and glass shattered everywhere, with a fly-by piece hitting my arm before embedding itself in the linoleum floor.

That was Monday. I should have eaten the donut.

The rest of the week followed suit with newfound health concerns, financial stresses, and the passing of a beloved pet, culminating with me coasting on fumes to an appointment I was already tardy for.

To say I was feeling out of sorts, overwhelmed, and off my game last week would be an understatement. And by the time Saturday evening came around, I was mentally and physically exhausted from pondering the daily grind—everything from the mundane to the perceived woes—when my son came to me with his own pity party.

How very serendipitous I thought, the irony not lost on me as I listened to him, with all the teen angst one could muster, announce that life as he knew it was kaput, over, as something important had broken on his new guitar, and according to Google and YouTube, which we all know is the gospel, not even grown men can fix it once broken.

After he finished with his woes, and because I was determined for one thing to go right in the week, I explained to him that there was good news. I’m not a grown man, but I’m a mom, and even more so, a firm believer in the impossible. Had he not, I asked, ever seen any of my posts or hashtags, such as #siximpossiblethingsbeforebreakfast? This response did not amuse him.

So I grabbed my tweezers and performed what grown men could not do (according to Google and YouTube) to my son’s astonishment, and as if right on cue, thunder sounded and rain fell from the sky. It was a glorious moment; I released the breath I’d been holding in all week and simply breathed, as a realization came over me.

It’s one I have always known, yet in times of woe so easily forget: everything is but a moment—a happy, sad, wonderful, woe is me, imperfectly perfect, glorious, and sometimes WTF moment.

However, how we choose to live those moments is the icing on the cake, or in my case, the sugar on the donut.

Today begins a new week and I found myself back at the donut shop, only this time there was no debate or question as to whether to buy the donut. I bought it, and promptly gave it to the homeless man who frequents there. Then I drove home and made myself oatmeal sans explosion, ready to face the week ahead and any WTF moments it may bring. 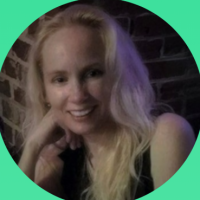 Lynn Long is a poet, writer, dreamer, and believer in the impossible. She is also a published author. Follow her on Instagram and Twitter. … Read full bio

Every Day as you Wake, Say these Words from the Dalai Lama. Lady Gaga, Oprah & 10 Powerful Steps for Practicing Radical Acceptance. 20 Ways to Connect to the Present Moment.
See relevant Elephant Video