“Who will want you now?”—When a Young-Love Marriage ends in Divorce. 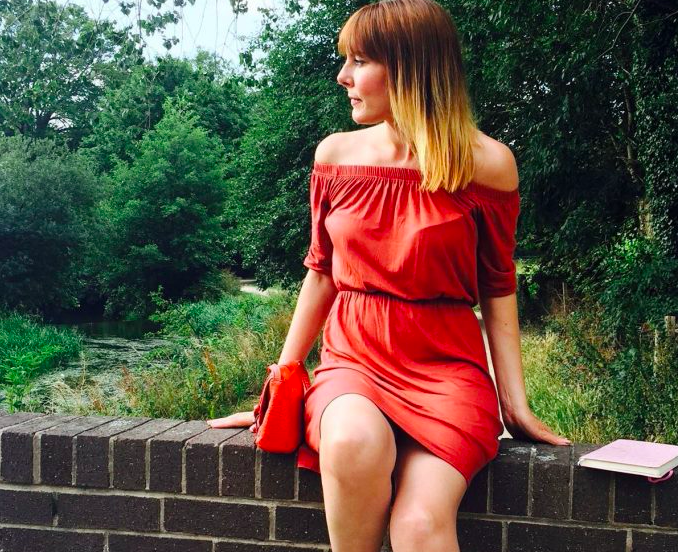 I never set out to meet another partner after I divorced.

Not a full-time one anyway.

On my way to being a divorced woman with three children, I was sinking in debt. I have an autoimmune disease that had me fatigued and walking like I was closer to being in my 90s than somebody just out of her 20s—who would want me anyway?

So I convinced myself it was not going to happen to me. Not a full-time one anyway. Perhaps a part-time one. But definitely not a permanent one.

As I write this, I am not entirely sure I can write to show you the complete despair that I was feeling at the start of my journey—the decision to face being alone with my three children between the ages of 5 and 10. It was 10 years ago, and the feelings that I have in the pit of my stomach are fairly calm and joyful compared to the huge raging storms that were going on at the time.

I’m now looking back at a chapter of my life that I’m no longer in; a lot happens in a decade.

Every now and again it’s good to look back to see how far we’ve come. I do remember that it felt like my brain was thunder and lightning, up high in a dark sky. My stomach the sea beneath, raging with anger, swirling up, spitting froth, and crashing against rocks—never stopping, nothing would stop it. My whole being was the boat and not a modern, sturdy boat, but a wooden pirate boat and its sail had just blown off, and was crashing about. I didn’t really know what the future would hold—I was just trying to survive and stay afloat on those waves with the strong force gales, hoping the storm would pass quickly.

That was the start of it. Some storms pass quicker than others, but this one wasn’t going to be like that. I was sat on the conservatory floor, staring at my debt. The tears falling down like the first raindrops hitting my lemon, three-quarter trousers, I watched the way they fell and hit. It felt slightly cleansing. I knew that it was going to be a long-lasting storm, but still, I headed into it with little protection. I was making a decision that wouldn’t just impact me, but my entire family.

“I will be okay eventually” were the words I uttered many times during the first year. Possibly through prayer.

With shaking hands, I reached out and phoned the authorities to ask for support as to how I could leave my marriage and everything behind.

This wasn’t an out-of-the-blue decision, this was something that had gone on for years, slowly in marriage and motherhood. My exterior life was not matching my interior soul. I was not moving in the direction that was true to myself.

This was like many people who get together young when they don’t fully always know themselves. Some grow another way and it unsettles the relationship. Some grow together.

We went from young freedom to societal expectations of “keeping up appearances.” This had a profound impact on my mental and physical health. I lost myself. A lesson I’ve learned is that our exterior must match our interior or else we will become imbalanced.

The next few months following the conservatory breakdown were a blur. The transition from the marital home to finding a new home for myself and children took time—my failing health was not making things easy. After a while, my husband seemed to take the news that I was leaving quite well. I quickly learned that it was because as soon as the children and I moved out he then moved his new girlfriend in.

His final sentence before I left the door, a smirk on his face:

I think he thought he had beaten me to some game. With bruised egos we all react differently, and I guess it’s natural to want to stick a knife in. I don’t blame him for that.

Those words didn’t hurt as I’d already convinced myself of it, and to be honest, somebody else wasn’t what I wanted then. A part-time one maybe…one who I didn’t need to cook for, clean for, wash his socks—I had children to do all of that for. A part-time one would be fine, possibly perfect.

I was off to build a future with my children, find out where my lost soul was, and grow without the shackles of marriage that I’d felt for many years.

Ten years on and as I sit on my purple armchair overlooking my lush green garden and admiring the lavender heads swaying slowly in a gentle breeze, I think back to that pirate boat trying to survive the storm. I guess it did survive that long, hard, cold, bitter storm that shook all its sails off. It did eventually land on the shore, battered around the edges, and it now lives in a different environment, a much smaller environment, open more to natural elements including sunshine, joy, and the scent of flowers, the heady, sweet, calming effects of lavender.

It has taken a while as there have been little storms in between. Yet gradually, the ship has recovered, even becoming a little varnished these days. Sat firmly anchored and hoping it doesn’t have to set to stormy seas again but in life, nothing is certain.

Seven years together, and though we got together in imperfect circumstances, we’ve managed to create something quite perfect for us. Probably much to the surprise of many around me. You see, it wasn’t just my husband who uttered the words—there were others.

“What is going to become of you?”

Are any of us better off staying just in case nobody else is going to want us? Worrying what is going to become of us?

I guess there was something a little higher up, perhaps sat steering that boat who told herself, “It won’t happen to me. It doesn’t matter. I’ll survive this and eventually find happy days no matter what.”

And she did. And in the process learned a lot about resilience, hanging on, and that stormy seas don’t have to last forever.

Shipwrecked boats can get together and fix each other’s sails and when it happens, it’s quite a beautiful thing. 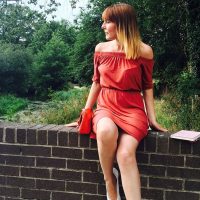 Michelle Mcgrath found herself as a single parent of three children 10 years ago. She left with serious debt problems and serious health problems. Her love of gardening and na… Read full bio

My Foray into Online Dating: Getting Back “Out There” when you’re in your Late 40s. 10 tips for the Badass Divorcée who’s ready to Date Again. Life After Divorce is more than just Changing your Relationship Status.
See relevant Elephant Video