Why I’m happy to live in the U.S. right now. 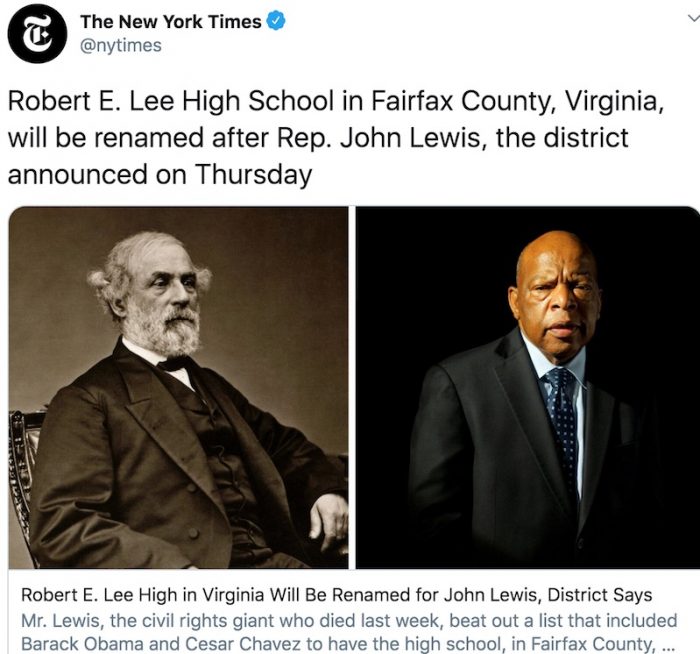 Why I’m happy to live in the U.S. right now.

“And then we beat the f*ck out of them.” [see below essay]

Peacefully. At the polls. On the streets, crying for change. We do not go low—we go high. Because only love, as MLK said, can defeat hate. Hate can not defeat hate.

My friends say, “I want to leave the U.S.!” My mom urges me to join her in Canada. Liberals threaten to move away if we lose another election to Trump.

I say: there’s no place that I’d rather be. Not because I enjoy division, hate, and seeing the foundations of one of history’s greatest experiments in liberty degraded. But because we’ve got to stay and stand and fight, peacefully—these United States are too powerful to hide from, in any corner of the world.

So we must meet our karma here, now, instead of running from it. This is the path of awakening. It was never going to be easy.

As a redditor wrote, today:

This is not the first time the forces of darkness have threatened this nation, and it won’t be the last. Every time it happens, those who embrace that wickedness do the same thing – they act as if their victory is inevitable. In the face of logic, reason, humanity, ethics, morality, and every scrap of religious text you can throw at them, they are smug and self-assured in the righteousness of their cause and the certainty of their conquest.

And then we beat the fuck out of them. The South started a Civil War, and the US ended it. That same hard core of racism and hatred were convinced the Civil Rights Act would ever pass. One of their own signed it into law.

Over and over again, the devils of our nature bubble up, and we face them. It is not easy – it is quite possibly the most difficult thing to do, because it holds a mirror up to our own souls and forces us to reckon with our own darkness.

But in that crucible, we are made stronger. We make progress. Inch by blessed, blood-soaked inch, we claw our way forward. We are beaten, we are gassed, we are shot, we are broken, and yet we do not falter. Because those who came before lift us up, they give us strength. Because those who stand beside us are there to hold us when we weep and when we must rest. Because those who are yet to come depend on us forcing this country toward a better, brighter future.

I wouldn’t want to be anywhere but where I am right now, because here I can make a difference. Here, as a far braver man than I once said, right matters. And we are right. It doesn’t matter how many of them there are, it doesn’t matter what armor they wear, or what uniform they clothe themselves in, there is a right and a wrong, and by whatever God you believe in (or don’t), it is not right to hurt your fellow man out of spite. It is not right for so few to have so much, while so many have so little.

They fear us because we have won, time and time again. They sow division, because that is the only way they have slowed us. We stand upon the shoulders of giants, and I, for one, will not let the life’s work of men like John Lewis be done in vain. I will not let a token statue in the place of a Confederate traitor be the sum total of his legacy.

Fuck this shitty Wal-Mart branded, knock-off Nazi fuck, and fuck every single last one of his enablers. We are America. They can learn to live with progress and love, or they can get the fuck out of my goddamned country.

President Obama: “John Lewis will be a founding father” of America’s better future:

In 1969, around the first anniversary of Martin Luther King’s death, Mr. Rogers asked Officer Clemmons to join him and soak their feet together in a pool of water on a hot day.⁣ ⁣ Their feet stood side by side in a plastic wading pool and both men sat silently, contemplating without a word. Then Mr. Rogers proceeded to help Officer Clemmons dry his feet. Just a few years before, many public pools were off limits to black Americans.⁣ ⁣ François Clemmons talks about when he started to see Mr. Rogers as a father figure: “On April 4, after Dr. King was assassinated in 1968. That was a tremendous blow to me personally and politically and emotionally. My world was absolutely shattered. And I was living in what they call Schenley Heights in Pittsburgh, a black bougie neighborhood…When April 4 came and Dr. King was assassinated, they were burning down the Hill District [a historically black neighborhood in Pittsburgh], which was six, seven blocks from [me]. I had only been there eight or nine months, and I was terrified of what was going to happen.⁣ ⁣ I remember Fred Rogers called me and said, ‘Franc, what are you doing? How are you doing?’ He knew where I lived. And at one point he said, ‘We’re concerned about your safety. We don’t like that you’re over there. I’m coming to get you’…I never had someone express that kind of deep sense of protection for me…and that experience drew Fred and me really, really close. I thought, Well, this is the real thing right here.”⁣ ⁣ 25 years later, when Officer Clemmons retired, his last scene on the show revisited the same plastic wading pool. Officer Clemmons asked Mr. Rogers what he had been thinking about during their moment of silence a quarter century before. Mr. Rogers told him he was thinking of the many ways people say “I love you.”⁣ ⁣ Source: Officer Clemmons: A Memoir (2020) by François Clemmons // via @historycoolkids #misterrogers #fredrogers #officerclemmons

This is how Donald Trump speaks to accomplished women.