Why YOU Can’t Be Happy 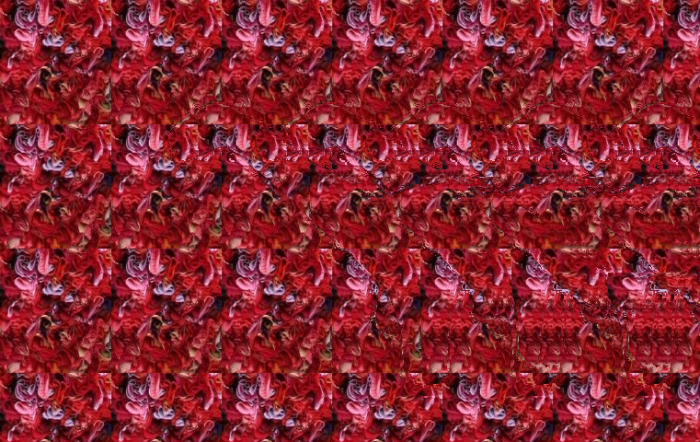 That’s what I yelled when that splotchy colored image suddenly took form beneath my finally soft focus and revealed a hidden 3-D picture of a T-rex.

Up to that point, I was convinced that my friends were either delusional or screwing with me. Clearly, there was nothing to be seen in that kaleidoscope of repeating colors. I didn’t care what they said. It was just a bunch of colored dots.

I could have gone my whole life convinced that all the dinosaur-seeing lunatics were in need of therapy. I knew what I knew. I saw what I saw. And then, in a moment, everything changed.

There’s a kind of thrill in finding out you’re wrong; discovering that your previously held point of view was woefully inadequate because you hadn’t yet taken the time to see things differently.

Because when you do, everything changes.

Most of us don’t have the eyes to see what’s right in front of us. We see the world as an obviously messy and chaotic explosion of meaningless data, and then we assign it meaning based on our preconceived notions. But we don’t really see what’s there.

Because, to see the truth behind our own projections requires THREE STEPS. But before I tell you what they are, let me tell you why it matters.

There is, hidden within your chaotic collage of miseries, pains, anxieties, and disappointments, a dinosaur; a strong, powerful, awe-inspiring beast capable of moving confidently through life, perfectly suited to its environment and untroubled by the spectre of danger… a non-neurotic version of you.

All your resources for joy, success, well being, and abundance live in a part of you that you’re unlikely to yet have discovered. And why?

Because you’re convinced that everyone who says they’ve discovered it is either delusional or screwing with you. Let’s face it. Pessimists think they’re realists and that optimists are too stupid to recognize the obvious truth of the universe…that we’re powerless victims to a harsh world over which we have no control.

So, you spend your life running from project to project, remedy to remedy, solution to solution, hoping to pierce the veil of your misery and to FINALLY be happy. One thing you don’t do is to sit and stare at a meaningless image.

You can spend your whole life looking for a moment at 3-D image after 3-D image and never see the hidden form beneath the splotch. You can exhaust yourself trying to find solutions to your pain and misery.

Or, you can take THREE STEPS.

First, trust that the people who see the dinosaur know what they’re talking about. There’s an actual gift for those who take the time to await it.

Second, have the patience to sit quietly until the prize is revealed. Stay with that ONE picture until you see what you’ve been missing.

And third, recognize the temptation away from aversion. Whenever you’re doing something that doesn’t feel good or doesn’t have an immediate benefit, your mind will try to tempt you away from that activity. It’s boring, it’s uncomfortable, it’s stupid, there are better things to do.

Tough! Stay with it.

Because when you TRUST that there is an outcome, STAY THE COURSE patiently, and REFUSE TO LET AVERSION PULL YOU AWAY, you’ll eventually develop the eyes to see that hidden space where all your dreams can come true.

So, here’s the harsh truth behind the metaphor…

If you’re not practicing mindfulness meditation, you’re just avoiding the work it takes to discover the source of your serenity, health, and prosperity. If you are, stay with it. Before long, you’ll discover that hidden space of freedom that Victor Frankel said exists between stimulus and response.

And that’s when you get to walk the earth strong, healthy, and unafraid…

BTW, the discipline to which I’m alluding is simple, but not easy. Having a guide, a mentor, a coach makes it a whole lot easier. Do you prefer to do it alone or with support? If the latter, let’s talk. Maybe I can help you overcome whatever has been holding you back. 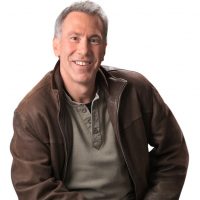 Steve Taubman is an avid outdoor enthusiast who currently resides in Vermont with his dog, Woody, where he is close to hiking, skiing, and biking. As a licensed pilot, he ofte… Read full bio