The One Thing that Gets me Through the Darkness—Every Damn Time. 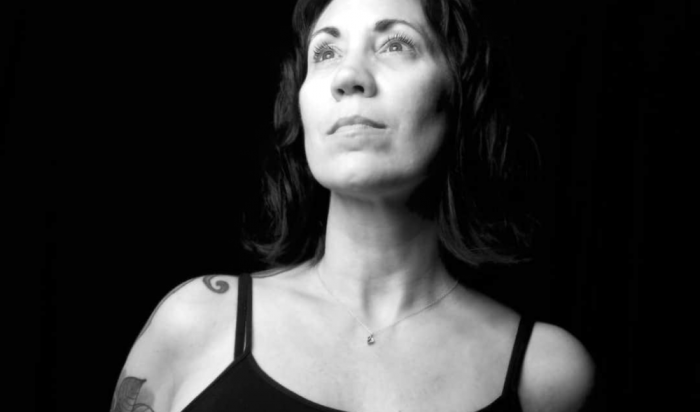 Sometimes, the world is a dark and cruel place.

It can get gritty and downright offensive out there.

When these moments occur, I reach into my pockets and bring out my trusty weapon: dark humor. The heroic wielding of humor in the face of bleak circumstances has again and again brought me to a place of gratitude and resolve.

The best part of being me is that I know people who, from some origin of the soul, have the giant capacity to make everything hilarious. I am not kidding: they can make fun of the most serious of issues and leave me wondering why I felt so hopeless. There is something to that, something profoundly superb, and I revel in it.

My kids learned their humor at our family gatherings, where laughter often resounded, and we would go home grinning with comfort, reliving the unparalleled comedies. Laughter is an ancient and proud heritage for us.

We would laugh at ourselves, gently tease each other, make light of our pain, use puns and hyperboles, and snicker when outsiders took themselves too seriously.  We joked about our differences, and laughter was our common ground. The next generation simply carried on this gift, consistently reminding us that if we cannot laugh, we are already doomed.

We watched all the devilish shows: “Rick and Morty,” “SpongeBob,” “Deadpool.” We delighted in the camaraderie of the greats, such as Chaucer, Shakespeare, Austen, and Voltaire. These people understood us! We were righteously validated.

I am not saying that we couldn’t be serious. We were all perfectly capable of the dignity and sincerity of a heartfelt cry or a firm stance on the wicked ways of the world. Yet, at the end of the day, I never felt much shame in being able to laugh about the worst of it.

During all the years when I was raising my sons and my step-children, we laughed. It wasn’t that our lives were easy, and it wasn’t that we were all so happy all the time. We often were not.

There was drug addiction in our home. There were alcoholic violations. Mental illness. An abundance of worriers and controllers. There were years when my children each had only a single pair of shoes, and when holes broke open, we had to wait for the next check to buy the next single pair. There were bitter resentments, betrayals, and there were tears of despair over divorces, academic struggles, and sometimes feeling inferior in an affluent community. There were occasional scandals and scary secrets, and there was, at times, the sort of raw pain no one would wish to endure.

Yet, there was rarely a day that passed when we were too serious or too busy to crack a joke, scoff at the world, and proclaim witticisms that left us smiling broadly and tossing our heads back.

Because damn it, we were funny!

I recall a day my son was bullied by a boy twice his size. And underneath a bit of bravado, I sensed he was honestly afraid for his safety. Nonetheless, he shared a story with us over dinner that ended in him taking a stand in a most superb act of humor. We not only laughed that night in the face of his anxious and delicate position, but we laughed for years thereafter, since he was, in fact, intact and rallied by laughing at himself, laughing at his fear, and laughing at the classic absurdity of all bullies.

Some years ago, I went through a difficult time with a man I loved. He had a drinking problem and would disappear for sometimes a couple days on his drinking sprees, often risking his own life.

I would fall to the floor in tears and ruminate, and fret, and rage at the crises he created with his drinking. I was unable to go anywhere or even eat anything until he returned. Then he would return bloody and sick and mean, and I would be relieved and angry and sad all at once.

But one night, after this pattern tore through my life for a couple years, I was growing weary, and my friends were too. And I happened to be sitting at my table with two of my closest friends once again, mourning the chaos that had become my life. They had come over to comfort me.

Then my man accidentally dialed my number from the back seat of a taxi. He had no idea we could hear him.

But a silly little thing happened that night. This man I loved was talking to the taxi driver, in a drunken slur, and it became perfectly clear that the man I had been trying to save was simply never going to allow himself to be saved. He was telling the driver where to go, to another bar in the city, and he was declaring his great love for me, like a passionate and gallant fool.

This is when I started listening to him over speakerphone, mostly to predict his whereabouts, but also out of boredom. I had not yet learned to just hang up the phone and get on with my life. And that is when he began to sing.

The words he sang in a clear falsetto to this incredibly patient cabbie, were undeniably and adorably ridiculous. He was making up the words and spewing melodic verses with repeated choral stanzas.

My friends and I stared in disbelief at each other for another few seconds in total silence as my catastrophic lover regaled his struggles through song. In a moment of utter surrender, we three smirched, our eyes wide, and burst out laughing far into the night, holding our bellies and curling forward. Each time we tried to speak words, we were held in a state of spectacular voice paralysis, guffawing and careening and gasping for breath. Nothing had ever felt so wrong and so right.

We couldn’t help it. It was just too much.

And that is how I remembered to stop choosing the horrors of my reality. I began to appreciate that my fantastic gift of seeing the humor of these sordid vulgarities was a divine blessing. I was indeed the luckiest of women.

It is true that I suffer from some trauma: car accidents, cheating husbands, financial ruin, and I have more than once found myself laughing at that not-so-funny hysteria of a pain so deep it cannot be named.

That laughter that comes rolling in while you are sobbing in true agony. That kind of laughter, an uncontrolled beast of laughter, is disturbing and colossally sad. That laughter teeters on the edge of a madness to which only The Joker can relate. I don’t even like to admit that I have laughed in that way too.

Still, on a regular old bad day, when you sense that it is awful but it will likely pass, we can go there, my friends, to a place of balancing contempt with complete refusal to be destroyed. 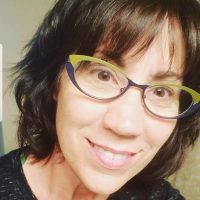 Isa Glade inspires and educates her readers to build a more spiritual life through her blog. She is a retired newspaper columnist and high school teacher, an intuitive, empath… Read full bio

When Divorce is the Kindest Option. Sobriety Can’t Save an Alcoholic Marriage.
See relevant Elephant Video