How I Found Love after being Cheated On. 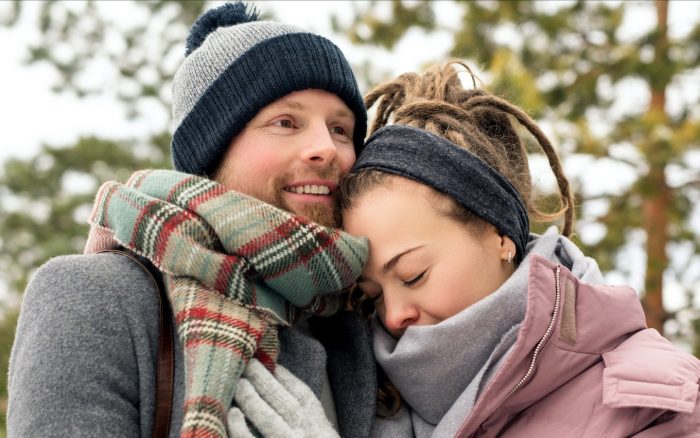 I was on a dating site when I first saw the picture of my current boyfriend of just over two years.

I couldn’t tell you the name of the dating site now, but I remember his picture. He was coming out of a swimming pool, and he had the brightest smile that I’ve ever seen.

I’ve mostly been attracted to heavier men (of course, I also find slimmer men attractive). But seeing a bigger man wearing a bright yellow bathing suit without a shirt on, in public, was intriguing.

It was his confidence that attracted me. Yes, he’s a handsome guy and all, but the beaming light that circled around him was what made me send him a message right there on the spot.

The little indicator light that says when someone is online was glowing. So when he didn’t reply right away, I sent a second message. (I was in a rush to communicate with him.)

“You really should respond back. I could be the best thing that’s ever happened to you.”

Such a self-assured comment is way out of my character.

Indeed, he came back a few minutes later. He’d been in the bathroom.

We chatted for a few minutes and discovered that we only lived about seven minutes away from each other. Again, I decided to be the go-getter and asked him if he’d like to meet at a restaurant the next day for lunch.

He accepted the invite in caps, which I found amusing.

This was my first date in over 15 years! I had just, a few months prior, found out that my husband at the time (divorced now) was cheating on me, among other awful behaviors that I’d tolerated—because I loved him.

It’s crazy what love can put a person through. I chose to endure it all until I finally came to my senses (it was a cosmic b*tchslap). And despite it being one of the hardest things that I’ve ever had to do, I ended our long-term, toxic relationship.

Within a couple of months, I had a few people tell me that I should “just go get laid,” that “I was still young at 42,” and “cleaned up pretty well when I tried.” But that wasn’t what I wanted, although I had toyed with the idea and did chat with a much younger man (boy, really) who was all about getting with an older woman who could show him a few things—wink, wink.

After a couple of weeks, I told the young man that I had changed my mind, and I sincerely wished him nothing but the best.

Sex wasn’t what I truly desired, and a 26-year-young stud wasn’t what I needed to get my groove back. This wasn’t a movie; it was reality.

But I was also lonely, and truthfully, I had been for years. Because of this, I began to have an emotional affair of sorts with a kind, caring man I’ve known for many years. We’d befriended each other online while blogging. I’m proud to say that we both stopped before it got out of hand and that today, we’re still on good terms. I have nothing but gratitude toward him. The gift of caring he bestowed upon me was much needed.

While that was occurring, my ex-husband had a full-on mistress for over two years right under my nose, and I was none the wiser. I still feel foolish that I hadn’t seen the signs, but, thinking back on our many years together, I’m not as surprised anymore.

What I really yearned for was affection. I wanted someone to hold my hand, kiss my forehead, and look at me instead of through me. I no longer wanted someone who couldn’t go an hour without uttering a sexual innuendo or joke that would sicken me on the inside, while on the outside, I’d laugh just so that I wouldn’t be labeled as a prude.

I wanted someone who listened to me when I spoke and told me that I was beautiful even when my hair was a rat’s nest after I hadn’t showered in four days and was too lazy to put my teeth in.

Enter my current boyfriend; he is an extrovert. I’m extremely introverted and require plenty of time to recharge my people batteries. When we argue, mostly because I’ve gone a tad bonkers after being triggered somehow, we’re always able to work it out. His patience with me and my health problems, the mental illnesses included, is just amazing. I never hear that I’m weak, crazy, or a worthless cripple.

Honesty goes a long way with me now. He’s taught me the value of living a life filled with the stuff.

He’s held me in bear hugs when I’m having an anxiety attack. He was the first person to show up at the funeral home when my mom died. He even helped carry her casket, tears brimming in his eyes for a woman he’d only known for just shy of a year.

He gives me my freedom, which is something that I’ve never had in a relationship. I find myself slowly growing within it.

I’ve experienced such loss these past three years, but I believe deep down in my heart that I was meant to break my usual protocol that night, on that dating site with the now-forgotten name.

I’ve told him so many times that it was that effervescent photo of him in his swimming trunks that made me so bold that evening. Otherwise, it might’ve gone a different route.

I have no idea what the future holds. I know that I have a long way to go, but at least I’m loved for who I am. Perhaps, in time, I can also learn to love myself. 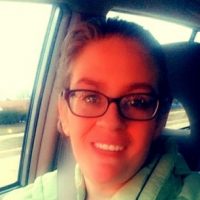 Merry O’Leary prefers to be called Mer. She lives in Northeastern Ohio, born and raised there. She’s a seasoned blogger (seasoned with what, you ask? Probably garlic a… Read full bio