Our Eyes, as Compelling as they Can Be, Don’t tell our Whole Story. 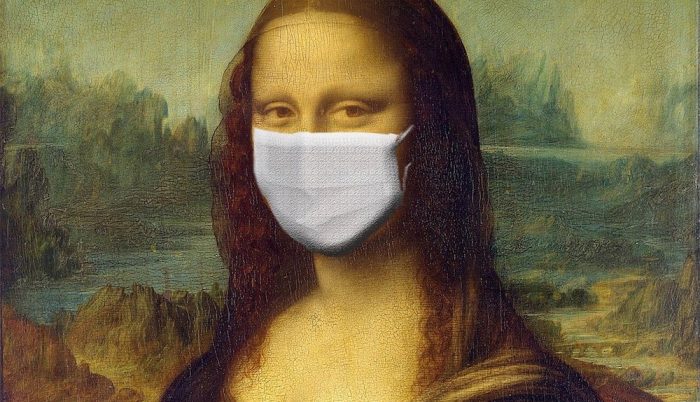 We often remember people by their eyes.

And for that matter, their brows too.

Iconic American actors Bette Davis and Brooke Shields were those people for me. Their faces told stories without words. Starstruck, we often made up stories about them to fulfill our imaginations, and then we idolized these features, giving them status.

I chose two larger-than-life beauties, known famously for their stunning facial features, and who matched my timeline growing up. But, even today, think of someone who is known, and even idolized, for these features.

And during these pandemic days, have you noticed that we are drawn to look above the nose even more, especially now that mask-wearing is strongly encouraged (mandatory where I live) to help reduce the spread of COVID-19?

We are drawn in closer, not simply to admire or compare, but rather to read what the eyes and brows are conveying to us when we don’t quite hear past the muffled mask, or see at first glance who we are speaking with. And what an opportunity for us to lean in, while still staying within the recommended two meters, or six feet, physical distancing zone.

These days, we can now take the time to tap into our bodies for deeper connection with another soul.

Deeper than the make-up applied and brow painted.

Deeper than a round and bright stare, or the unibrow growing, which is a single eyebrow created when two eyebrows meet in the middle above the bridge of the nose. Imagine Bert, of the Bert and Ernie puppet-duo, hailing from Sesame Street, New York.

And by the way, a unibrow is a true sign of individuality, meaning that by wearing one, you are not concerned with the way others perceive you.

And then we go deeper yet—until we reach the true story of the individual.

Iconic American actor, Bette Davis, known for playing strong and independent women, and whose acting career spanned 60 years with over 100 acting credits, had amazing eyes. I feel connected to her eyes because my eyes have often been compared to my mom, grandmom, and a long line of stylish Irish, Scottish, and French aunties—whose eyes were often compared to Ms. Davis. And come to think of it, also to American-British-Irish actor, Angela Lansbury as well.

The prominent features of all our eyes were that they were big, bright, and bulging at times—especially from the side. This makes me lovingly giggle still.

Over a lifetime, Bette’s eyes were admired by many and were described as sassy and sexy. In fact, so distinctive were her eyes, they were the subject of a hit song called “Bette Davis Eyes,” by Kim Carnes. Can you hear the lyrics right now?

Bette Davis’ private story was that she likely had an autoimmune disorder that caused hyperthyroidism, or an overactive thyroid, called Graves’ disease. This condition causes the muscles around the eyes to swell—therefore pushing the eyes forward.

So, could we really have claimed to know her because we knew her eyes?

No, but we can claim to know eyes.

They are also round, slender, narrow-squinty, deep, and bulging at times; and soft, quiet, and dreamy other times.

yellowish-brown with specks of gold;

and grey-blue, depending on the light.

Eyes provide us with a literary palette to fill our imaginations, so it’s not surprising that we often get distracted here.

Brows aren’t as distracting—but they can be a lot of work.

When I was younger, my brows were as thick, full, and bold as supermodel-turned-actor Brooke Shields’ iconic brows. They didn’t stay that way, especially after many horrible blunders spanning decades. And until recently, I still had been trying to naturally fill them in.

One wee hair at a time.

In 1981, Time magazine proclaimed Ms. Shields the face of the 80s, inspired by her bold brows. But today, she admits that she has stopped pruning her brows because this narrative does not fit her anymore. She has outgrown the look.

And as I struggle with my unruly brows, and months and months of staying away from salons due to the pandemic, I find comfort in Shields’ resolve. It doesn’t really matter if I ever achieve the full brow again—we really have to awaken to the life we are living now.

We need to lovingly prune our narrative to reflect who we really are.

Eyes and brows, as compelling as they can be, don’t tell our whole story.

This is how I know:

Recently, a young man returned to the COVID-19 testing site where I now work to retest. Coincidentally, he happened upon my testing bay, again. This is not common as there are many testing bays, and the line-ups are always full, with hundreds and hundreds of people waiting to be tested.

To test the same person again, is well, meaningful.

Is it you? he asked.

With my mask and shield on, I looked at him with his mask on—our eyes and brows dancing in the shape of a gentle question mark.

Did I recognize him, after seeing thousands and thousands of people over the past three months?

Yes! I told him. I remember you. You make sushi.

He quickly went on to share that the results did not come back in time for his overseas flight, so he had to test again in order to make the next flight later in the week. He was trying to return home to his family after all these long months.

He was still as dumbfounded as I was that we recognized each other. But it wasn’t the eyes or the brows that gave us away—it truly was the experience we had shared prior.

It was our stories that left an imprint.

It is always the story of genuine, loving-kindness that leaves the biggest imprint on our lives.

It is this story that shows us the way home. 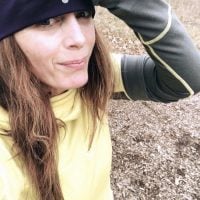 Cynthia Menzies considers herself a confessional writer, drawing from her life experiences, in the search of truth, and deep healing. She frequently contributes on her social … Read full bio

What Does Your Eye Say About You? {Quiz} Is that a Smile Behind your Mask? Loving-kindness Meditation: A Practice that Helps us Forgive Others.
See relevant Elephant Video