Poetry, Public Service & Love: Presidential Inaugurations Celebrate the Best of Who we Are. 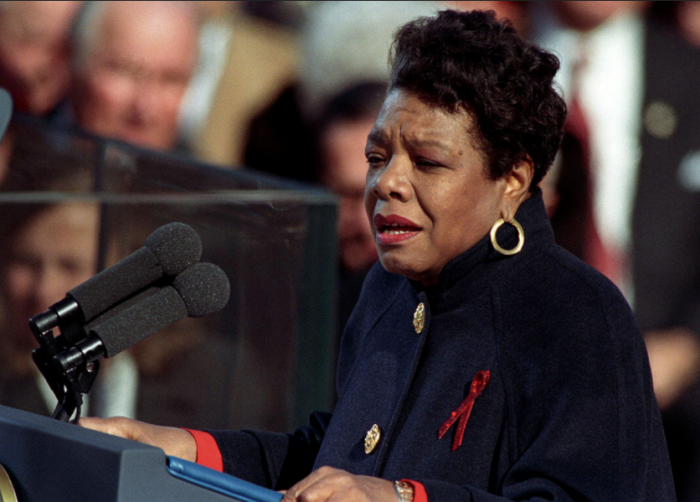 I love to make connections, to learn, and to do research—most of which I do around 4 a.m. when my house is asleep but my mind is wide awake.

As a high school teacher, I also love my students and the experiences they bring to our shared space. I know we can’t teach our young people everything in one class, in one year, or even in four, but my goal is to always inspire them to crave knowledge and wisdom, and to be curious enough to want to obtain more.

My own curiosity often leads me to the curriculum I share. Recently, I started doing research for my high school students. I teach English but really aim to bring in as many humanities and civics pieces as possible. I started a new series on my rather mellow teacher Instagram about “impactful individuals,” highlighting people my students may not know or have learned about yet.

Yesterday, I highlighted Martin Luth King, Jr.’s mother, Alberta King. After reading this powerful article by Anna Malaika Tubbs, I realized I had never been introduced to King and her own legacy before. There are a lot of things I haven’t discovered yet—thank goodness—because that means I’m constantly exploring and seeking out new information.

This seeking led me to my next goal: I wanted to highlight Amanda Gorman, the poet who will be reading her work at Joe Biden’s inauguration this week. I knew other presidents had chosen poets before, but I didn’t really understand the big picture of who they were, why they were chosen, or what works they read for this historic event.

And, so, I started my early morning quest for answers.

The first president to invite a poet to read at the inauguration was John F. Kennedy. He chose Robert Frost, who months before Kennedy announced he would even pursue the office, had suggested that the next American president would be from Massachusetts. Obviously, Kennedy took note and was appreciative of his new literary supporter. Kennedy loved to read, and so he asked Frost if he would write a poem for his inauguration when he narrowly beat Richard Nixon in 1960.

When asked, Frost responded via telegraph saying, “If you can bear at your age the honor of being made president of the United States, I ought to be able at my age to bear the honor of taking some part in your inauguration. I may not be equal to it but I can accept it for my cause—the arts, poetry, now for the first time taken into the affairs of statesmen.”

Kennedy had one more request though; he wanted to change the final line from Frost’s poem “The Gift Outright” from “Such as she was, such as she would become,” to “Such as she will become.” Frost didn’t want to but agreed. What Kennedy really wanted was a new poem entirely written specifically for the event. Frost agreed, but when he tried to read it at the podium, his aging eyes and the blinding sun got the best of him. He had not memorized this new poem, “Dedication,” and so ended up reciting, by memory, “The Gift Outright,” where he did change the last line to honor Kennedy’s request for a more optimistic tone.

Thirty-two years later, in 1993, President Bill Clinton asked Maya Angelou to write a poem for his inauguration. After he was sworn in, Angelou recited, “On the Pulse of the Morning.” It was love and admiration that led him to choose Angelou. She was raised about 25 miles from where Clinton was born, in Arkansas, and after he read her book, I Know Why the Caged Bird Sings, he felt a deep connection.

To listen to more about this choice and to hear Angelou in her own words, check out this short clip. What a beautiful moment for America and for these two individuals.

Here are a few lines from Angelou’s poem, “On the Pulse of Morning”:

But today, the Rock cries out to us, clearly, forcefully,

Come, you may stand upon my

Back and face your distant destiny,

But seek no haven in my shadow,

I will give you no hiding place down here.

For Clinton’s next inauguration, he chose Miller Williams. How, at 44 years old, I am just learning that this poet was the father of one of my favorite singers, Lucinda Williams, I am not sure. Another Arkansas writer, Williams was a high school and college science teacher who wrote poetry on the side. It was his love of words that helped him mentor poets and continue to share his own poems.

His daughter also used his words in her songs, and even put his poem “Compassion” to music:

Have compassion for everyone you meet

Even if they don’t want it

She talks more about her father—and his impact on her—in this article. Williams died in 2015. You can hear him read his poem, “Of History and Hope,” at Clinton’s second inauguration here.

In 2009, President Barack Obama chose the poem “Praise Song for the Day,” by Elizabeth Alexander, to be read at his inauguration. In this poem, she asks, “What if the mightiest word is love?”

Alexander is a powerful poet, a Yale graduate, a professor, a writer, and a strong African American woman and role model. On the day of the event, she could bring one person on the stage with her. She chose her father, who wore his 1963 March on Washington button, big and proud. What a moment—a man who marched with his daughter in a stroller now listening to her recite a poem at the inauguration for the first Black president of the United States.

For his second inauguration, Obama chose poet Richard Blanco to read “One Today.” Blanco is the openly gay son of Cuban exiles. His goal that day was to create a poem of unity and love.

He wrote about one day in America:

All of us as vital as the one light we move through,

the same light on blackboards with lessons for the day:

equations to solve, history to question, or atoms imagined,

the “I have a dream” we keep dreaming,

or the impossible vocabulary of sorrow that won’t explain

today, and forever. Many prayers, but one light

life into the faces of bronze statues, warmth

onto the steps of our museums and park benches

as mothers watch children slide into the day.

And this week, Joe Biden will be sworn in as the 46th president of the United States. Continuing to keep love front and center, Biden has chosen the youngest poet to read at this ceremony: 22-year-old Amanda Gorman. She has been in contact with Blanco and Alexander, so although she will read her poem alone, she says the three of them are together in mind, body, and spirit.

We do not yet know what words she will speak on Wednesday, but she has said, “As I was crafting this piece, it was really about trying to communicate a message of joining together and crossing divides.” She believes Biden and Vice President-elect Kamala Harris will spearhead a new chapter in America, which we so desperately need—”one of dignity, and integrity, and hope and unity because there’s a lot that needs to get done and a lot that needs to be fixed. And I think that they’re the people to do it.”

Listen to Maya Angelou reading, “On the Pulse of Morning.”

Listen to Miller Williams reading “Of History and Hope.”

Listen to Elizabeth Alexander reading “Praise Song for the Day.”

May we always appreciate poetry, public service, and love, and be able to see our highest selves in the words that we use and continue to share.

I am hopeful—always, always hopeful. 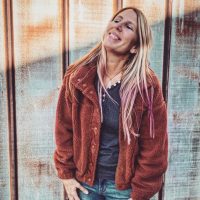