When the Spiritual Community Eats their Own. 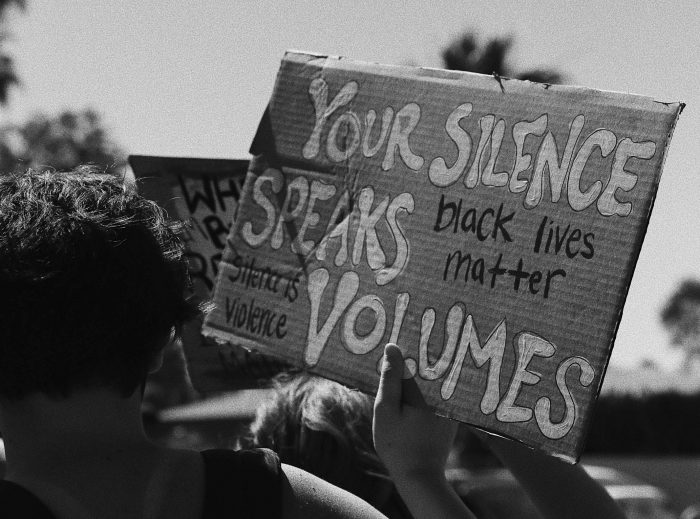 There has been a lot of talk in the spiritual community from folks who are vocal activists criticizing those in the community who are not so vocal.

I’ve seen posts saying, “If speaking out against racial injustice is off-brand for you, then what good is your spiritual message?” I’ve also listened to a number of community members accusing those who aren’t as vocal of “spiritual bypassing.”

As a member of the spiritual community who has not been very vocal about the sociopolitical climate in the United States, I’ve taken all these messages as an opportunity to reflect inwardly and explore the intersection of spirituality and activism for myself.

Over the last year, I have been upset and disturbed by the events happening in the United States that have actively harmed others. These events have highlighted (once again) the systemic racism that exists in this country, and I have been fully supportive of those taking action to protest the injustices embedded in our political system.

My support has been visible only on a small level, though. I did not attend any protests. I did not discuss politics on public platforms.

I did, however, share posts on social media to show my support (in a passive way, sure). I supported grassroots efforts to raise money for larger organizations doing major work. I contacted my local representatives to advocate for propositions that would hold local law enforcement accountable for biased interactions. I used my vote. I supported Black-owned businesses. I even had some one-on-one conversations with folks who were willing to hear me out about why I stood where I stood on these major issues.

But I did not go on social media and post pictures and videos of me actively speaking out against injustice. And for some reason, that seems to be the minimum level of activism for a lot of folks in the spiritual community. Not having my voice heard shouting from the rooftops somehow means I’m spiritually bypassing, or that the posts I do make on social media are simply an effort to appease my audience.

I have a few things to say about this.

If you’re like me and have chosen, for whatever reason, that your level of activism falls below the “gold standard” of ranting about injustice and subscribing to cancel culture, then hopefully this provides you some relief from the pressure you may be feeling to be more vocal. And if you’re someone who has been criticizing those of us in the spiritual community who have not been so publicly visible, my hope is that reading this brings understanding and compassion for the variety of human experiences that exist.

First and foremost, all levels of activism are helpful. Whether someone “only” posts reshares on social media or whether they go live from a protest, it is all helpful. There are many ways to be an activist and they align differently with different folks. Criticizing allies for not doing “enough” is a really great way to turn people away from the cause. I witnessed this firsthand when DOMA was in the headlines and on the streets in 2013. The LGBTQ+ community was losing allies by telling folks that the actions and efforts they were taking were not “enough.” I cannot tell you how many allies came to me feeling frustrated that they wanted to help, but were feeling like their voices were being silenced by the very community at the center of the civil rights campaigning at the time.

Can we please not do that again with this and future causes?

Secondly, where someone falls on the activist spectrum may very well be related to where they are in their own healing. While it may be easy to say, “If you’re triggered, that’s your privilege showing” to those who choose to step back from the frontlines, it is equally—perhaps more—important to allow those who need to step back for their own healing to do so. Let them tend to their wounds without asking others on the frontlines to do the nursing for them. Show them compassion and gratitude while they support the cause in less visible ways during their healing process. And if it feels aligned for them to move to the frontlines in the future, trust that they’ll do so when they can be effective.

Lastly, accusing someone else—particularly a group of people—of spiritual bypassing is an unjust thing to do, primarily because the only way to know for certain that someone is using spiritual bypassing is by having a one-on-one dialogue with them. Retreating inward to engage in growth work can often look like spiritual bypassing to others, because others cannot see work being done on the inside. Moreover, individual processing happens on individually unique timelines. It may take several months for one person to process the same thing it takes a day for another person to process. There has to be respect and compassion for the variety of paths folks take.

All I’m saying is that judging or shaming those who choose to take a role that is less visible does more to hurt than it does to help.

Wherever you fall on the activist spectrum, be there. We need you. Devote your energy to the efforts that are aligned for you, personally. If you recognize that healing needs to occur, take the time and space to do that—without shame. If you are able to be on the frontlines, please continue calling others to join you. I’ll be right there with you when I’m able to do so with a strong, healthy foundation. 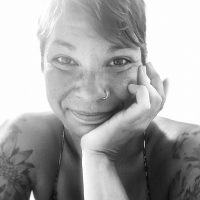 Ladybug Larsen is an Inner Healing Specialist and the founder of Haux Gatherings (pronounced Howsh). She has over 20 years of experience holding space for individuals and grou… Read full bio