Pandemic Edition: 5 Things Not to Say to someone who’s experienced Trauma. 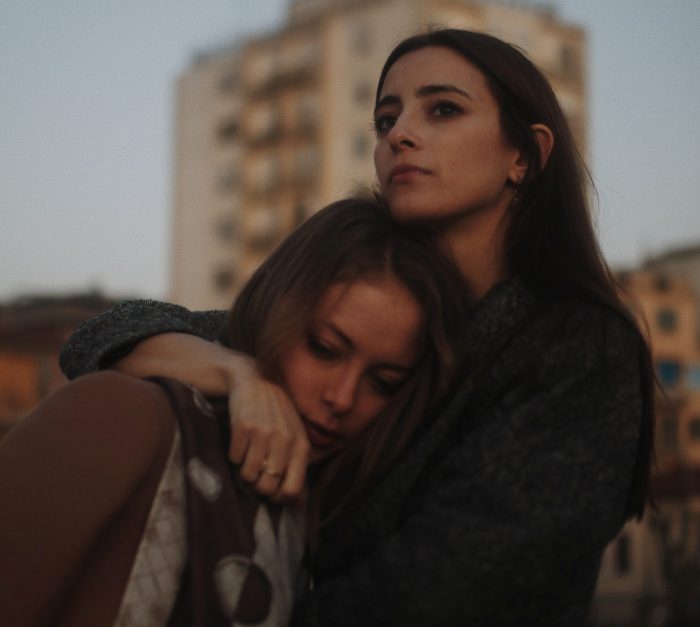 It’s been one year since the pandemic hit, and the inevitable echo pandemic of mental health issues is on the rise.

Isolation, combined with fear of the unknown, grief, loss, and feelings of having a lack of control over our lives, has given rise to the exacerbation of mental health relapses of people who have a prior history. And people who have never experienced a mental health problem before are presenting with symptoms of depression and anxiety.

Many people who have never dealt with past traumas are finding themselves triggered by current events and are remembering events from the past that they have spent their lives trying to avoid remembering. For many right now, wounds are open and gapping.

If someone you love is struggling with intrusive thoughts, here are five things to never say to a person who has experienced trauma:

Traumatic memories are stored in a different part of the brain than normal, autobiographical memories. Traumatic memories invoke the release of adrenaline, which floods the body to respond in fight-or-flight mode versus normal memories that are only a recall. With post-traumatic stress, it’s not that the person can’t let go of the past, but rather that those events won’t let go of them. It is not a choice! If it was, I think we all would choose to forget these events in their entirety. Traumatic memories can leave a person frozen in time. Hence, the number of years that pass do not diminish the body and brain’s response to trauma.

Regardless of what someone thinks they would have done in a certain situation, until they have actually lived it, they have no idea. People are vastly different in how they respond to the activation of the fear centre in the brain. Some fight, some flee, some freeze, and others fawn. These are automated responses—reflexes—where there is no time to make a cognitive, rational decision. The part of the brain that is activated during a traumatic experience (the amygdala) is our primal brain—it is instinctive and based on only one thing: survival. The person did what they did to survive.

I don’t know why anyone would ever lie about experiencing a grave violation, but people often don’t believe it when a person speaks the truth! Is it any wonder why someone wouldn’t tell their family, friends, or the authorities? People who have experienced trauma already suffer from the moral injury of shame and often blame themselves for what happened. Add to that the legitimate fear of being shamed or questioned by others as to the why’s and how’s, the would have, could haves, should haves, that often feel accusatory and threatening once again. Not being believed can often be as traumatizing for victims as the actual event.

4. It could have been worse.

Someone who drowns in a bathtub is just as dead as someone who drowns in the middle of the ocean. Never compare someone’s trauma to another’s. We can only relate to what we know. What is a deeply painful and traumatic experience for one person, may not be experienced the same way for another and vice versa. Neither reaction is right or wrong, good or bad, better or worse. We all experience things differently because we are each uniquely different people.

5. Everything happens for a reason.

This is one of the most condescending things anyone could ever say to someone who’s experienced trauma. Horrific car crashes, the physical or sexual abuse of a child, rape, intimate partner violence, murder, the sudden death of a young person, victims of war, poverty, neglect—some things are simply unexplainable.

We need to find the courage to sit with the discomfort of not knowing why something happened, instead of trying to make sense out of the senseless. Not everything bad that happens is a godsend or a lesson for us to learn from, nor is one obligated to make it so. Yes, many people do find themselves becoming stronger than that which tried to kill them. For others, it can kill them. Either way, no one is ever the same person they were before a significant trauma. It changes them forever. It is not the listener’s right to make that happen. For the survivor, it can feel like their experience has been minimized. Not all sh*t shines. Many people do find glory in their story, redemption, and epiphanies, but it’s not an expectation that should be placed upon them when they are experiencing great pain.

So what can people do for someone who is reliving a traumatic experience, during these often traumatic times?

1. Listen to hear, not to reply.
2. Allow the person to express whatever emotions they are experiencing—sadness, anger, confusion. Be open and welcome it without interruption or trying to make them stop crying or talking because you are uncomfortable.
3. If a person asks for space, give it to them.
4. Do not offer advice unless you are asked for it by the speaker.
5. Let the person know you hear them, and ask what you can do to help.