The Truth about Food Cravings (& 3 Ways to Manage Them). 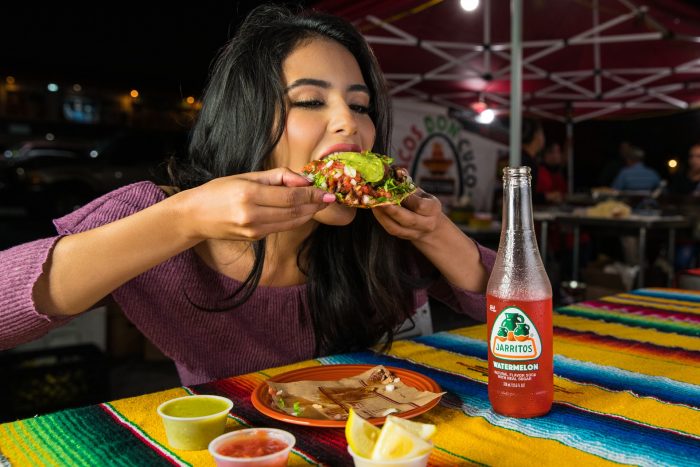 Our well-meaning New Year’s attempts to break bad habits around food tend to fall apart before we’ve even made it to the end of January.

In fact Strava, the running app, has said our New Year’s resolutions start failing after 19 days, and are often dead in the water by mid-February.

When it comes to food that outcome is usually the result of inadvertently setting ourselves up for failure rather than digging deeper and genuinely changing our relationship with food for good (yes, lasting freedom around food is actually possible).

Where to begin?  We can start with not making these three common mistakes.

1. Cravings are both movement toward something and away for something—what are you moving away from?

We often make the mistake of thinking our problem is food. After all, when a craving hits, we tend to experience it as being hijacked by a food thought—we can’t stop thinking about the ice cream in the freezer or the crackers in the pantry.

We don’t realize cravings are both a movement toward something (the cookies) and a movement away from something (what we don’t want to feel). When we’re obsessed by a food item, the key is to look closer. There’s something going on.

It’s usually a feeling or physical sensation that’s uncomfortable that we’re trying to keep at bay. Some emptiness, loneliness, sadness, anger, or anxiety. If we pay attention to our bodies, we’ll notice there are physical sensations underlying those emotions—tension, pressure, streaming, fullness, clenching, and so on.

To really heal our relationship around food, we need to get better at noticing the location of the physical sensations we dislike, and then practice opening into them and tolerating them. They will shift the more we allow them. And yes, this can be really hard to do in the beginning so be gentle with yourself.

2. The moment when our New Year’s resolution or diet “goes wrong” is precious—don’t skip over it.

Many of us already know that we eat our emotions. We try and resolve the issue by creating a structured food plan that “forbids” us to go off-track. Some version of the low carb, no carb, no sugar, or the “I’m just juicing for a week” drill.

The plan to let go of all processed junk and only eat veggies and protein goes well on day one and two, sometimes even week one and two. But sooner rather than later, an afternoon gets tricky. The cravings and compulsion start to build, and then one evening, we succumb to the siren call coming from the fridge.

That moment, when the “plan” falls apart is psychological gold. It’s the time we ought to get most curious about the thoughts, feelings, and physical sensations happening inside of us. At that juncture, we’ll have good access to the mood states and thought loops we’re going to need to get better at navigating if we want to heal our relationship with food for good.

Unfortunately, it’s usually the moment we believe the thought “I’ve blown it anyway so I might as well inhale the contents of the fridge” and shut down or go on autopilot. We stop filling out the app or the food or feelings journal and zone out to Netflix.

3. The New Year’s diet is often just a setup to overeat—how to avoid “last supper eating” and other pitfalls

“Last supper eating” often strikes before the diet has even started. It’s the, “I’m-going-to-start-my-new-way-of-eating-on-Monday-so-until-then-I’m-on-a-massive-free-for-all” loop. Believing we’re never going to have a certain food item again is usually nonsense (because invariably we do!), and this kind of thinking inadvertently compels us to devour about-to-be-banned food items in mass quantities. It’s not helpful.

Creating a food vision for ourselves that’s realistic means it needs to be something we can implement for three, six, or nine months. Otherwise, it’s just a fad diet that will crash and burn within weeks. It’s fine to focus on ditching processed food and even sugar, but we really want to make sure we’re getting enough satisfaction and “yum factor.”

So, a bit of sweet potato or something carby is actually important. If we’ve convinced ourselves that grains are the devil, then we need to find delicious substitutes, like almond or cassava flour tortilla wraps. And we need to have a plan for when a craving for something sweet hits because it will (Medjool dates are a great go-to when it feels like it’s time to take a break from chocolate).

You Don’t Need a New You in the New Year

Above all, we need to remember that the “New Year, New You” chatter is nonsense. We don’t need a new version of ourselves. Instead, we need to be kinder to ourselves irrespective of what our waist size is right now, and get curious about feelings and sensations we hate feeling.

It’s a journey that often reconnects us to our inner bodies—let’s take a deep breath, relax, and strap ourselves in for the ride. 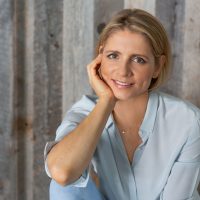