How I Stopped being Weighed Down by Unexpressed Emotions. 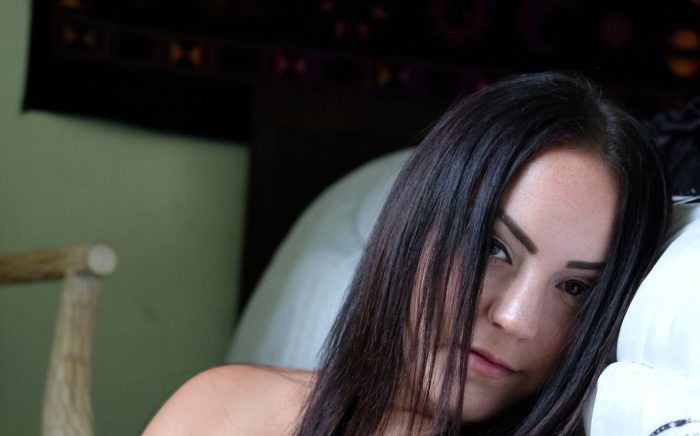 “Darling, you feel heavy because you are too full of truth. Open your mouth more. Let the truth exist somewhere other than inside your body.” ~ Della Hicks-Wilson

I love this quote and relate so personally with it.

Feeling heavy and weighed down with unspoken truths and feelings can be said to be my life path—up until that path got interrupted the last few years.

For background, in the last few years, I’ve immersed myself in the world of personal development, healing emotional wounds, studied communication, opened up vastly, and been seen in ways like never before in like-minded communities (and I mean open-minded communities), and I strive for a life founded in authenticity and healing in general—and yet, still some of the most basic interpersonal relating can be…daunting. Hard.

Communicating some of my most basic needs and feelings can sit stuck in my throat like a lump. Why is this?

When I was younger, a number of circumstances happened that resulted in me feeling that it ultimately wasn’t worth it enough to speak up for myself. I experienced a lot of bullying confrontation growing up, and instead of learning to speak up for myself, I would mostly freeze up, unsure of what to say. Our nervous systems either thrive in the fight, flight, or freeze zones, and mine seemed to prefer freeze.

There were times I did not feel advocated for, felt helpless, and felt overpowered—so my instinct was to freeze as a means of self-preservation. However, this didn’t mean I never used my voice. There was typically one person I was close with who would get the brunt of my anger and frustration from being in silence all the time, an outlet of safety. After all, those emotions weren’t just disappearing.

Throughout my teen years, it was my mom; she would be the only one to see my “fight” response. She is a kind and long-suffering woman who got the angstiest of teen experiences.

The perception of conflict essentially felt unsafe for my body to engage in, and the more I’ve discovered about myself as an adult, the more I realized how much my body still viewed as “conflict” that actually wasn’t. As this carried over into my adult years, I opted for becoming “self-sufficient” and only let people in in doses, in the areas where I wouldn’t have to rely on them too much so that I wouldn’t have to communicate too much of my needs.

I also wouldn’t get into a lot of conflict this way. While this wasn’t completely satisfying to my needs, I mostly ignored and despised my sense of extreme loneliness. It seemed to work for me as a coping mechanism to self-preserve for a while. It just felt easier, and safer, to keep things to myself.

The thing about totally shutting ourselves off to connection is that we not only miss the negative parts, but the positive ones too. I was lonely, voiceless, and now perpetually creating my childhood fear over and over: feeling unheard and unseen. Still harboring deep beliefs of being unworthy, insignificant, and self-doubting, I found that much of the communication I did have was simply a mirror of someone else.

I was a great chameleon, shifting and molding to my surroundings in an effort to fit in. This was something that shows up as a great capacity to understand and empathize with others. I actively listened, reflected people’s realities back to them, and was able to witness and empathize with them to a pretty high degree.

I provided what I wanted but felt I couldn’t have. It’s easy to be a good mirror when your sense of self is based pretty much entirely on external validation.

As I began to grow in my ability to speak up, I realized it wasn’t as simple as starting to speak my mind and share more of myself. It began with self-awareness—awareness that I truly wasn’t in touch with what I even wanted or believed in much of the time outside of the opinions of others. Awareness of my traumas, nervous system response, perception of safety in the world. This is often why surface-level self-help (power of positive thinking, for example) type stuff doesn’t often get to the root. It needs the deeper work.

As someone who always prided myself on self-awareness, I had to realize that I still didn’t quite realize what I even believed in. I had spent so much energy on wanting to fit in pretty much everywhere that I didn’t have a solid sense of who I was.

Once I recognized this, I started exploring my belief system in a way I hadn’t before. Then, I began exploring what it was I had frequently held back the most and why. This is where I began the deep work of exploring self-worth. I can say that most issues, including this one, always relate back to this.

Well, fast-forward a few years later. Choosing the path of getting to know and healing my self-worth has been key for all of my healing. Discovering that I ultimately didn’t feel worth having my voice being heard, discovering what I needed to be heard by myself first and then others, building up the courage to begin speaking, getting used to the sensations of discomfort—it’s all a process that works together.

I have found that the work to discover and speak my truths is definitely worth it and far outweighs the accompanying fear. Although, the fear and trepidation needed their time to be understood and seen! I needed to understand that not feeling worthy of being heard was at the root of holding myself back because this is what truly needed attention in order to actually have it be different.

I needed to feel all of the grief of the many unspoken words over the years, comfort and validate my inner teen who didn’t know how to advocate for herself, and needed to have compassion for the lost adult who felt stunted in her relationships and self-expression. Sometimes my voice still shakes, sometimes it comes out a little tumultuous, sometimes I agonize over saying the “thing”—but it’s progress nonetheless.

Today, regardless of how it’s received, I ultimately speak my truth for me, which is what makes it most worth it. 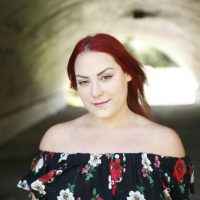 Este Marie is a highly sensitive, deep-feeling human. She is also a self-worth mentor. You can check out her website and connect with her on Instagram! … Read full bio

Image: Author's own by @ashphotopix