Finding Light in the Darkness: Why we Still Need Child Abuse Prevention Month. 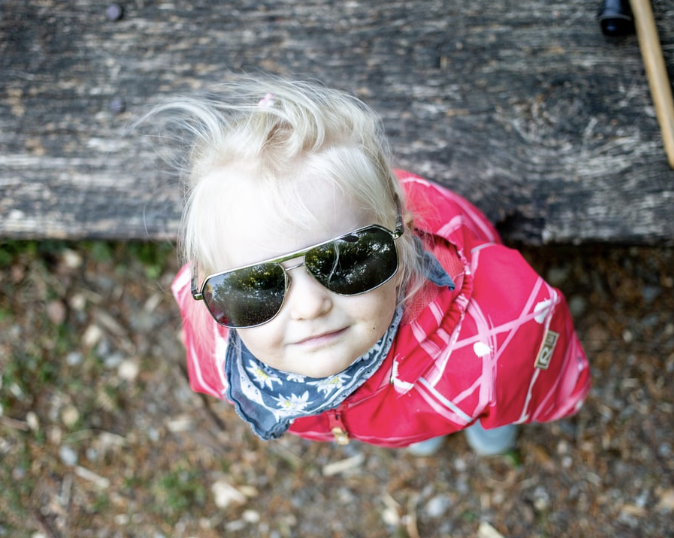 It’s curious that we need a child abuse prevention month.

Children are the extension of ourselves. They come into the world completely dependent upon our nurturing and only understanding love as we share it.

Where do we go wrong with ourselves? We were them. They will carry our struggle forward, hopefully stronger, smarter, and with more tools at their disposal.

In dark places, the sort of dark untouched by moonlight, the stars, or the reflection of city lights on the clouds, I can’t see what’s around me. I can let fear of bumping into something or stepping off or into something paralyze me. In a state of immobility, maybe I am safe, although I can’t see if anything is coming to get me. I can listen, I can smell, I can feel the air on my skin and wait, hoping that the sun will rise or that a mysterious light will shine and show me a path.

In dark places, untouched, I can also recall what it looked like before it got dark and where I was standing. I can slowly progress to where I may find what I originally noticed to be a comfortable place to wait for the sun, or maybe even find where I left a light.

Ravaged by despair, loathing, and self-doubt, I met a young woman while I was working in a psych hospital as one of the staff.

She was at best a horrific mess of a young woman, self-destructive, and dissociative. Her eyes would be focused, her mind clear and insightful one moment; the next, vacant and she would try to slash or smash her body in some way. She had been charged with murder as a girl and committed to psychiatric facilities.

If she is still alive. It would mean that somehow she tapped into a well of strength, in which case, I thank her and hope she is incredibly successful. It is more likely however that she is dead—I still thank her.

As part of the nursing staff, I spent my days on the locked units with the patients, sometimes 12 to 16 hours at a time. I did my best to remind them to eat, wear clean clothing, clean their rooms, go to therapy, sleep, and not to harm themselves or others.

Often, I was also a listening ear. The job had its horrors as it was often, us, the staff, who had to intervene if the violence was directed toward self or others, which usually resulted in some form of restraint.

This young woman saw all of this and apparently, with time, trusted me.

She picked and chose what activity groups and with which staff she would join to attend them. Clinically, her treatment team saw this as an extension of what was considered features of borderline personality disorder at that time (more than 30 years ago).

No one on the team, however, would deny that she had good reasons behind her trust issues—and she herself doubted her ability to trust.

A couple of months into her hospitalization, she asked to speak with me alone, in what was called a staff talk. She knew I would write up what I could for the team later. It was part of treatment.

I went to speak with her. It was down the hall, but I left the door ajar as was standard practice among us, partly to prevent accusations, partly so the patient could know there is egress if so inclined.

I began to listen. Her eyes were far away but not vacant.

“Today is my baby’s birthday. She would be six.” I nodded as she quickly continued. “I was doing wind sprints in gym class the day before she was born. We wore uniforms. People could see my body had changed, but no one said anything.”

She was looking directly into my eyes and could see my discomfort.

“The next morning, I went to the bathroom and she was born on the toilet. I cried as I held her. I loved her so much and do so even today. I flushed her down the toilet….why didn’t anyone help me Glenn?”

She began to cry and so did I.

Ignorance is a darkness. Before judging her, know that she grew up in a small town with a religious family, but the pregnancy hadn’t been discussed because it was a result of a sexual assault by someone she knew and trusted.

The only comfort I could give her was to acknowledge that she was right.

“I don’t know or understand why no one helped you.”

She wasn’t crazy for thinking that someone should have helped her—a child. It was in that moment of trust she taught me not to be silent or believe that someone else will speak up.

I will find a light in the darkness.