How to Kick the Need for a “Happily Ever After” Relationship to the Curb. 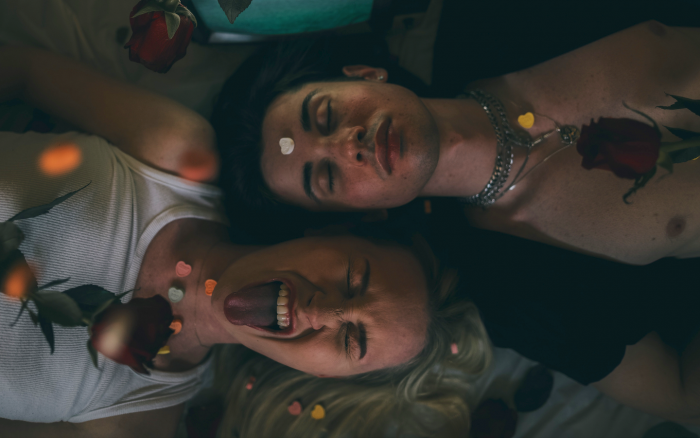 My last love affair had the effect of a slow-acting stinkbomb.

There were no explosions, no memorable dramas, but it soured me to the magic fantasy I had nursed for years. And it did it in a weird way—over time. It was the “what if someone read my work and fell in love with me and moved in…” fantasy. It aged inside of me like lukewarm milk.

I look at women’s profile pictures online lately, and I begin to go there because that fantasy has edged a well-worn neurological path in my brain. Except, now, I play the tape, and it always ends as that one did. Perhaps for my own good. It’s as if grass and shrubbery are starting to grow over that path, and a very real possibility of eternal solitude was left in its place.

It wasn’t too long ago when I would never have had the courage to put that out there. It felt like making a public announcement that I was a loser. I’m questioning all those social constructs now the way I questioned authority as a kid. When I see two miserable people walking down the aisle together in a store, I can’t help but ask myself:

“So, this is what you are aspiring to?

This is what you have sacrificed countless hours, days, years pursuing?

Who told you that was the pinnacle of human existence?

What proof do you have—and when I say proof that doesn’t include books, songs, or television—that this is really true?”

This was driven home further when a friend of a friend died recently. I clicked on the link to his name on Facebook (the way we all do when we’re bored), and I saw something that stomped right on my heart. It was a subtle thing. And it was an anvil. Posts from last week:

“So excited to be playing at Whiskey Joe’s…”

That’s how a lot of us are going to leave this planet. We like to imagine a sweet and painless fade-out, but this was a light switch. On. Off. The end.

It hit me a lot harder this particular weekend because I was emotionally hungover from another social media sh*tstorm where I felt like my character and reputation were being questioned.

A few months back, I deleted an ill-advised comment on a thread and was accused of having no courage. This week, I wrote an article in an attempt to be entertaining, and I felt like I was being called out as a mad misogynist.

What’s halfway humorous about a lot of this is that unless a person is deep in this community that I find myself in, they really aren’t going to know or care. As writers, we like to imagine we have these vast pools of followers who watch everything we do.

But, in reality, most of the time, if the article says something in the title about “Childhood Trauma” or “10 Reasons Men Need to Stop Acting like Men,” people click on it—without the slightest concern for who wrote it. This can be easily proven when one tries to shop a book deal armed with nothing but blog statistics. Good luck with that.

It’s an extremely human thing, and it harkens back to our adolescent days where we’d see our pimples as the foreground in the presence of our entire personas. As if people think, “Here comes that pimple with the Billy attached to it.”

That is what I got so angry with myself for last night. It wasn’t bad enough that I managed to foul my whole childhood with tortured thoughts, but now I was blotting out the lovely days with my children, my live performances, or any other beautiful things I have with the same torture.

It’s such a waste of this gift we are given. And let’s be honest: not all of us are given it. Millions of people on this planet go to bed every night wondering if some militia is going to kick in their door, take their children, kill them, or enslave them.

We are relieved of ever having to think of those things, so many of us do what comes naturally: invent our own threats.

In my case, that threat was always “what if I don’t meet a beautiful woman to ride out the remainder of my days with?”

The answer to that question is more obvious than I have ever given it credit for being:

Then I will live happily ever after—the end.