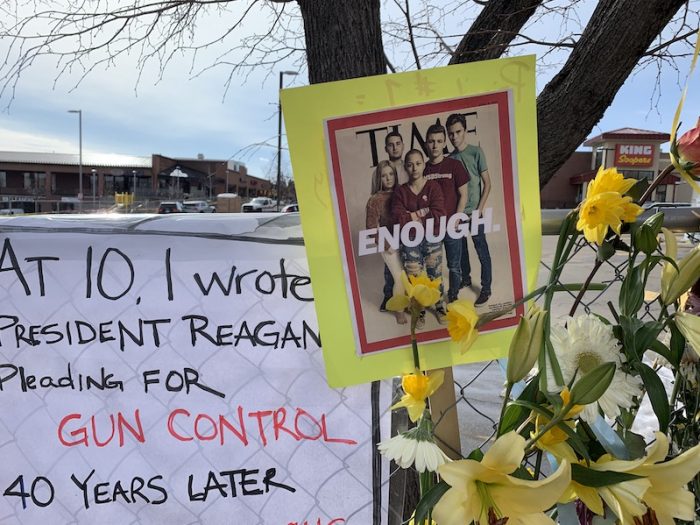 My mom always says “if I were Queen of this city…” as she walks around, talking about gardens and composting and bike lanes and health care and such.

I am my mother’s son, clearly.

If I were in charge…

There is as much hoax/conspiracy-theory-addled thinking on the anti-vaxx crystals and astrology “left” as there is in the Tea Party-Fox-LIBERATE-Trumped-up “right.” I put both in quotes because crystal-hugging geniuses demonstrate as little care for the vision of a truly Great Society as Trumpers have care for Republican ethics, or democracy itself.

We need journalism, now more than ever. A base-line of truth to argue over.

We need science, more than ever.

We need public servants, more than ever.

We need teachers, more than ever.

We need workers’ rights, more than ever.

If I were in charge…

There would be no anonymous twitter or facebook or instagram trolls. You’d have to register, and your comments and shares and posts would earn you a lifetime Respectful Rating. They have that on ebay for buyers and sellers, why not for citizens?
When we come out of quarantine, we wouldn’t be allowed to just fly again. Or drive to the gym or drive to go hike.
Well, you could, but get this. We’d all get an equal number of miles. We as a Species would go on the assumption that we like being alive, we like the planet being alive, and we want our grandchildren and children to be able to live. So we’d do the math and work it backwards so we’d all get the same number of miles. Rich folks or travelly folks could buy miles from non-travelly folks or poor folks. A study came out recently that, surprise, showed rich folks are the ones driving climate change, no pun intended, and poor folks–the poorest–are paying for it the most.

Animals would have rights. 50% of bees have died in 50 years. If that ain’t the…bee…in the gold mine of humanity’s future, I don’t know what is. Nature would have rights. Those rights would be based on healthy ecosystems, which we all need to be, well, healthy. ‘Cause call it God’s Creation! or call it Mother Nature, we are it. Climate Change would be fought harder than Rocky fought the baddy in the late rounds, bloodied up, partially-blind, but suddenly lionhearted.

Trees would have real estate value, papers, you’d get a writeoff, and taking one down would be a major pain in your ass. Poison wouldn’t be allowed on food. Food would be taxed higher the farther it was shipped, favoring local and fresh over trucked and flown. Plastic would be made illegal. Pssst: invest in brown paper and paper tape and compostable solutions! Amazon and Walmart would be so weakened, they would complain about big box stores and malls. And big box stores and malls would complain about competition from local craft shops and mom n’pops.

Schools would be funded, prisons would be rehab centers and public never privatized, homeless would be housed and job-trained, or receive therapy and support (both of which have been shown to save money), drugs and prostitution would be taxed and legalized, giving air and light to any industry that receives too little. Healthcare would be funded, and we’d save money doing so. If you wanted to make a good living, you’d probably go into farming or teaching. Basic needs would be funded. The military would hold those bake sales, and I’d wait in line—I love brownies.

Journalism, particularly local journalism, would be partially funded by Big Tech (which steals from journalism, look it up on…Duck Duck Go or Ecosia) and taxpayers, as they’re doing in Australia. Partisan media would not be funded at all—it would have to swim upstream, naked, in public. Until Reagan, that’s kinda how we did media here.

Data would be owned by individuals. Those damn tech fake-consent forms would be banned. The NSA could take a long walk off a short pier, I got rights.

Voting would be an absolute right and made as easy and as secure as possible. Mail-in voting? Auto registration when you get your driver’s license? Good.

Speaking of, those who walk, take a bus, carpool, or bike—you’re saving road maintenance and pollution with its attendant costs to our wallets and human lives. So: all buses, bikes, good walking shoes and certified carpoolers would get a writeoff. Basically, you bike? You get a free bike. Separated bike lanes would be equal priority to sidewalks and roads and over parking. For those who needed to drive or be driven due to being differently abled, you’d have full support and honor.

City landscape departments would integrating edibles into all new and existing landscapes and parks. We’d plant lettuce and garlic amongst the daffodils, replace dead trees with apple trees, plant tomatoes amongst the roses. Work with schools to have students get to know the earth and their food, and go home with a boxful.

Anything important would be Deep Stated (wink)—you know, taken out of the hands of partisans. We would have experts who know things look at things and offer suggestions and solutions, not little old white men in fat pants with long ties and hair transplants figuring how to help the poor 1% who still despite all their efforts only has as much money as the 80% (that’s insane). We’ve run parts of Governments like this in the past, we can do it again. You wouldn’t buy meat from an amateur, you’d buy it from a butcher. Actually, you wouldn’t do that either (see #3). We shouldn’t run our world according to the truth-defying wishes of hateful partisans.

Taco Tuesday would become law. Composting would be free, Recycling would be expensive, and nobody could afford to fill their Trash bin.

Waylon would stop writing, and walk with Redford before the sun goes down. Medians would be filled with trees and flowers. All cars would go electric and solar-powered and if that wasn’t good enough you can walk, bike, bus or walk. Multi-tasking on our phones would make a Beeep-beeep-beeep sound as if a truck were backing up.

All shower curtains would be cotton duck. Tiger oak chairs on craigslist or yard sales would be hotter than Tiger King. Zero waste shops would be everywhere, it’s ridiculous, who needs so many. To-go coffee would be considered insane. We’d all make way for ducklings.

Someone lovely and short and caring and eco-minded agreed to love me, and we would raise four kind children. Okay, three. I’d be happy with two.