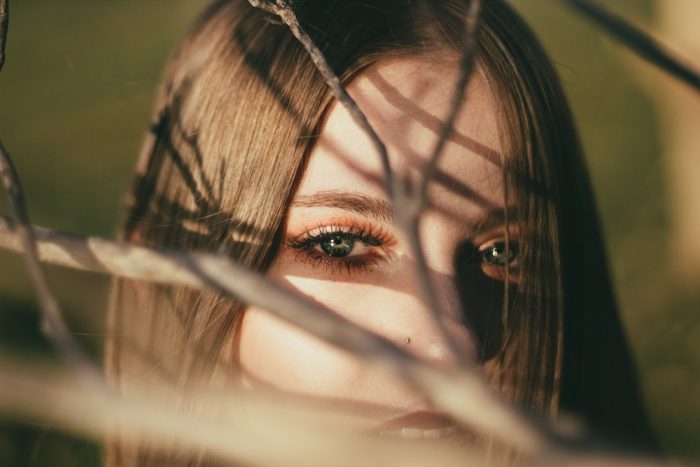 I want nothing more than a loving, secure relationship with my father.

But, as is the case with so many of us, it is complicated—a mixed bag of love, fear, frustration, and nostalgia.

We need to learn to value our needs without making the other responsible for them. This is particularly hard with a parental relationship because at one point that person actually was responsible for our needs. Often, due to no fault of their own, or due to their own trauma, lack of presence, and lack of skillfulness—they were not able to meet them.

This is hard. Not being met by the ones who created us is one of the deepest wounds that people can bear. Sorting through the layers of pain, confusion, and even love can feel like a Herculean task. Only, unlike Hercules, we do not have the ability to redirect the river to cleanse the Augean stables. We have to get in there—in the muck, in the mess, in the sh*t.

In the book, The Trickster, Magician & Grieving Man, Glen A Mazis writes about how men tend to soar above their pain, above the mess. He uses the Herculean myth to illustrate this in a way that I had never associated with the heroic tales before; essentially as a spiritual bypass.

Hercules is able to use his godlike powers to habitually avoid getting his hands dirty, exemplified by diverting the river’s course, literally redirecting nature, instead of properly mucking out those stables. He also ritually kills all the symbols of the feminine that are laid out in the form of a challenge at every turn, slaughtering the Hydra by cleverly cauterizing her powers of regeneration—powers that belong to the divine feminine.

The serpent, herself, has long been a symbol associated with the goddess, yet we see in this, and many other stories, this symbol being demonized and eradicated by fearful men, men in service to the ideals of patriarchy.

I, like all of us, have been deeply impacted by the lingering effects of the patriarchal mindset, and I want to offer a simple definition of what patriarchy means to me. Patriarchy is not, in fact, about men per se, but about an attitude that has been pervasive to human socialization for the majority of our historical record.

Patriarchy equals a dominator mindset and establishes a set of values and behaviors to enact it.

So what does patriarchy have to do with me and my relationship with my own father? Well, only pretty much everything.

Without appropriately established boundaries, psychological filters, and what many people tend to demonize as ego, a child simply absorbs what is in front of her, what is done to her, what she observes. A child cannot tell the difference between the actions of others and her own sense of self, and self-worth because she has no knowledge of the other’s internal world, feelings, values, or motivations.

In other words, a child—me, in this case—internalizes all that is good, wrong, confusing, and painful and determines her identity, as well as how she moves through the world. Her relationships are based on the treatment of her primary caregivers.

And a woman’s first love is her father. 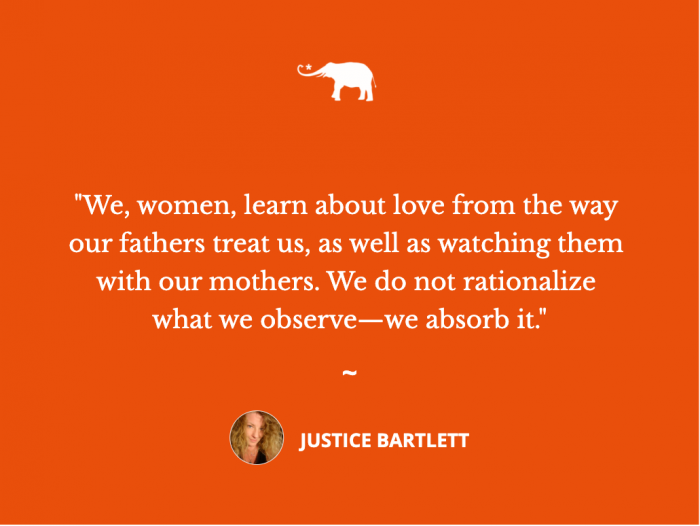 We, women, learn about love from the way our fathers treat us, as well as watching them with our mothers. We do not rationalize what we observe—we absorb it.

My parents’ relationship was volatile. I remember arguments. I remember not feeling safe. My dad is a large man, six-foot-four, and my mom, though rather petit, is fiery. My parents are spiritual seekers. I was exposed to more spiritual philosophies—as well as spiritual bypassing—by the time I was in junior high than most people get in a lifetime.

The structure of the organization to which we belonged, was, in spite of being led by a woman, largely patriarchal. I and others who I have spoken with on the podcast that I co-host called Blinded by the Light, ruminate about how the focus on ascension (by our parents) often led them to be neglectful of ours, and their own, more mundane needs.

This, in practice, is exactly like Hercules diverting the river to avoid the sh*t. We are humans; our humanity cannot be avoided, only lived. And we can live it well—we can show up, f*cked up, broken-hearted, and trying. Or we can dissociate.

Ascensionism, as practiced by many, is a form of dissociation. Get above it. Don’t look down. Don’t feel. Don’t remember. This is my dad.

None of us are going to make it through life without experiencing trauma and my father is no exception. I have deep compassion for what he went through as a child; I saw it in a vision while doing my own transgenerational trauma work.

In my vision, dad was a young boy, cowering in a closet. I opened the door; he wanted to cling to me. I called in an internal support who I call the Fairy Godmother to act as a surrogate caregiver. This vision cracked my heart open, but it did not change my father’s behavior toward me, nor did it alter the terrain of our relationship.

It is utterly inappropriate for us to parent our parents, even in our own psyche.

Seeing the origin of my dad’s pain generated tremendous compassion for him. It also made it utterly clear that in order to care for myself, I needed better boundaries. This began a long process of extrication from my father that has landed in us having no contact now for several years.

The work I have done to cleanse both my father’s influence—as well as the patriarchal mindset that he, himself, suffered so exquisitely with—has allowed my instincts to heal and is laying the groundwork for me to find more stable, securely sourced relationships with all of the men in my life.

I miss dad. Tears percolate with that admission.

I do not miss my anxiety. I do not miss the pain and uncertainty that was core to our relationship or subsequent to so many others.