How one Harsh Conversation at a Bar changed my Perspective on Life. 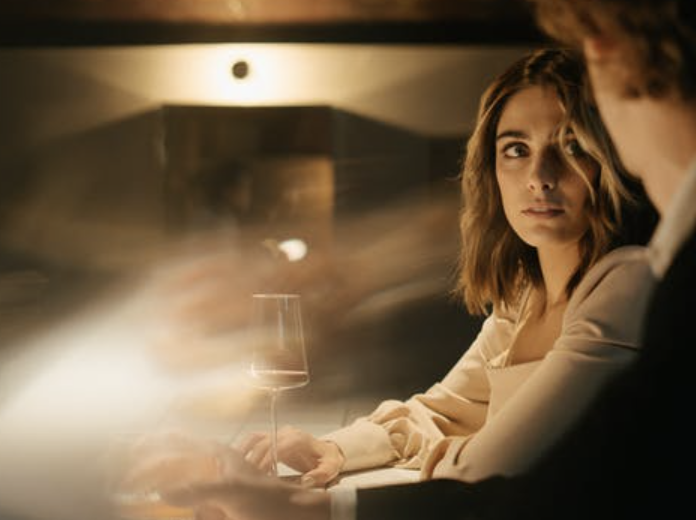 When I was 21, some of the harshest words that were said to me quickly became the greatest blessing that anyone could have offered.

I worked at a total hipster joint (probably the coolest bar I’ve ever worked at) for the first couple of years after I graduated from university and while I was working in advertising.

One evening when I was working in the bar, I was chatting with one of the regulars who always had an A4-sized black book with him. His name was Pedro.

At first, I thought that Pedro was simply some old retired dude who spent a dedicated portion of his retirement fund on wine and whisky each night. My perspective of him changed after my first several months of working at this bar, as I really started to get to know Pedro.

He mostly kept to himself and the other returning men in their 60s. Until one day, he asked me what I loved to do.

I contemplated this for a moment and told him I loved music and was loosely trying to learn guitar. There were only a couple of other people in the bar, and it was already late. He invited me to sit down with him. I looked around to make sure that every customer had a nearly filled drink, asked my manager to keep an eye on the floor, then accepted Pedro’s invitation.

He opened his black book and began to show me some of the art that he practiced.

“Pedro is an artist?” I said to myself as my emotions danced between astonishment, surprise, and confusion. He then turned the page and started to draw out a piano, listed the different notes, taught me a little bit of theory, and then directly related it to guitar.

I was stunned. As you might already be able to tell, this was during an intermittently judgemental period of my life. I never would have thought that this man would have so much creativity and passion to share.

That evening, after I started to put up the chairs of the bar, Pedro finished off his glass of wine, wiped the reminisce of that cherry-plum colour off of his top lip, opened his black book, and ripped out the page with the piano keys and music theory written on it. He handed it to me with a maudlin smile and said, “Please, practice, every single day. You must.”

He left, stumbling on his way out the door.

Nearly a week later, Pedro came back, ordered his double Jameson, neat, and sat with his black book under his hands, closed. As I gave him his drink, I felt much closer to him. He thanked me and attentively enjoyed his drink.

At the end of the evening, after several rounds of whisky, when he came to pay, he asked me if I had been practicing guitar. I told him the truth and said, “No.”

“Why not?” he asked. I shrugged. “Tell me, what do you really love to do?” he inquired, “something that you have loved to do since you were very young,” he looked at me with his glossed eyes and tipsy posture. He sighed when I didn’t respond right away.

I felt so lost because most of my time was spent working and partying.

I had totally lost who I was and didn’t know how to find myself again. I swallowed the saliva that was pooling in my mouth as I took a deep breath and clenched my throat, doing everything I possibly could to hold back tears from streaming down my face. I would do anything at the time to avoid revealing vulnerability.

“When was the last time that you wrote something?” he asked me.

“Today,” I said with a fake smile. I cleared my throat and held my breath. This was so painful to have someone see me so transparently. I felt like Pedro was looking straight into every part of me. I felt like I was stripped naked.

But, I thought I was good at hiding my insecurities and emotions, I pondered introspectively.

“Let me ask you again,” he sighed as he rolled his eyes, clearly unimpressed with my answer. “When was the last time that you wrote something you want to share with the world?”

I continued to keep my throat as closed as I could. It was so agonizingly tender. Maybe if I hold my breath long enough, I’ll pass out and won’t have to deal with this intolerable conversation anymore, I prayed.

“I don’t know,” I finally said. And then the harsh words were shared…

I nodded hesitantly as I looked around the bar at all the customers nonchalantly sipping on their drinks and reading or journaling or sharing intimate conversations. I let out a splintered breath I felt like I was holding onto for hours. I was so grateful that no one else could hear this conversation.

“You’re so beautiful, you work so much, and you socialize too often. But, unfortunately, because of this, you have completely lost yourself. You don’t even know who you are anymore. And, Jenn, this is so awful to see.”

Pedro spoke clearly, assertively, and didn’t dismiss his attention from my gaze for the entire conversation. I felt my lips tremble and my chin wrinkle.

I just stared at him. It was so weird because I felt a sensation that violently pulled me in two different directions. Part of me wanted to punch him in the face and start screaming savagely, and the other part of me wanted to burst into tears and fall into his arms as I cried. Instead, I just listened to him.

He handed me a generous tip and then walked out of the bar.

I told my manager that I needed to go to the bathroom. I went, slammed the door behind me, sat on the toilet seat, pulled my legs up to my chest, placed my face onto my knees, and burst into tears in this little ball.

I need to start changing my life. There was no way that I was going to continue down this path when I just had all of my insecurities shoved in my face.

This was probably one of the most difficult interactions that I have ever had with anyone.

Yet, I am so grateful for this interaction because it truly changed my life. I started to question everything. This questioning was just the beginning of the life that I have built for myself now…a life where I am fuelled by my passions and inspire myself every single day.

I believe that this moment was the conception of my book that was written almost a decade later.

Sometimes, things take time. And, it’s more than okay when they do. 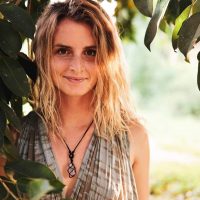 Jennifer Agostini is an adventurer, writer, lover of movement, and wholehearted courageous spiritual leader who loves to empower others to have their voices and messages heard… Read full bio