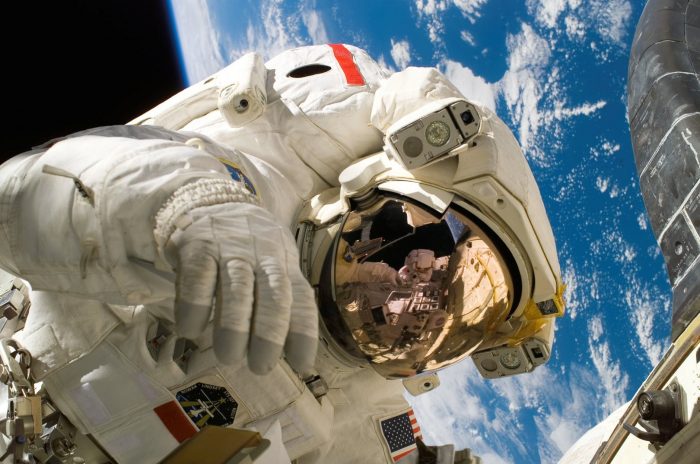 Photo by Pixabay on Pexels.

Science and religion huh? No problem. Until recently science and religion have been operating in different spheres of enquiry, so no wonder they haven’t met up – even if we think that ultimately, they should. But they already have and its beautiful.

When science was born in the very roughly eighteenth century, think frock coats and wigs, fresh in the memory of those involved was being burned at the stake for heresy. Because of this real danger, scientists decided to limit the focus of their enquiries to the physical world, the seen, and avoid any entanglements with the ruling religion. The power of the church may have begun to wane, but it started from absolute. So science stayed over here in the physical world, separate from religion and did very well at describing and eventually understanding it. Leave religion to dominate the unseen.

Enter me, being born with an enquiring mind in the late twentieth century into an atheist family with engineering roots, I naturally fall into the scientist category. There is no unseen, its really hard to see! I decided as a young adult that I had no idea what God’s job description was happily put it in the ‘I don’t know’ bucket and got on with my life. Except the unseen wanted its presence to be felt and continually gave me nudges and occasional kick I could not ignore. I began a relationship with the unseen through yoga and meditation that my scientist mind found difficult to understand, of course it did! The scientist mind had little concept of what was going on unseen inside itself. My scientist mind mocked the growing belief in the unseen but couldn’t ignore the calm and peace that I found there and began to bring into the physical world.

The place where science meets the unseen is of course physics. That is why for the last one hundred years physics has been very confused and despite making vast leaps in understanding was very, very far away from a theory of everything. The current physics of the very small (the quantum world) and the very large (cosmology) do not work together. Any prediction that is 130 orders of magnitude out (not 130% but 130 zeros, google the ‘vacuum catastrophe’) is pretty far off the mark.

Enter stage left Nassim Haramein, an avant-guard physicist who likes to keep his interests wide open rather than the intensely restrictive tendency to specialize that modern science suffers from. For me, his reinvention of the standard model of physics blew the lid off those discrepancies and the top off my head. I can’t do his eloquent and expansive innovations as much justice as he does, find him on Gaia.com here

Sadly behind a pay wall but it’s worth it. I will give you a flavor of the key paradigm shifts that brought my scientific self and spiritual self into stunning coherence:

Sacred geometry is sacred because it’s what the Universe is built out of. Each centimeter cubed of space time contains more energy than all the mass in the visible Universe and its stable because of sacred geometry. This unimaginable energy is what space time is built from, and you are made of space time, your house is made of space time. You, your house and the Universe are made of the same stuff and at a fundamental level, one thing. In this eye-watering existence, not just pairs of atoms are entangled but all atoms are entangled. An atom in Neptune is entangled with an atom in me, an atom in you is entangled in an atom in me. Grandmother spiders web becomes described by equations. My heart melts. You not only can access this energy but do, all the time, and it is responsive to your consciousness. You are an indivisible part of this energetic Universe. Gravity is love! A vastly powerful force that attracts, and God? God is the inconceivable sum of the energy, consciousness and love that is this Universe, many Universes. Incomprehensible in our limited human self but accessible in every moment thru the unseen.

So now I’m exploring this living, loving Universe with a renewed sense of connectedness to all that is. Where the spiritual truths I have heard and read are becoming reflected in my life in fresh ways. I am hopeful. 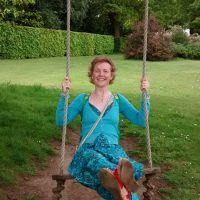 Tabitha Evans. Mindfulness, yoga, and meditation have changed her life so much, she left her job as a scientist and is now a teacher. She loves learning. Find her on here webs… Read full bio