How stuffing Emotional Pain harms our Body & How to Let go of our Childhood Patterns.

In the spring of 2014, I stood in the back of a small truck, sweeping dirt, sand, and human hair from the metal floor. As its engine droned, I scanned for spots I missed. The truck suddenly lurched forward, the floor bucking like a horse, almost flinging me through the open back door to the concrete ground several feet below.

After I grabbed a handhold, I looked to the driver’s seat. One of my coworkers had jumped inside and started to drive away, even though I was still sweeping the back. “I’m still inside!”

The coworker craned around his head and stared at me. He asked, “Well? Are you going to get out?”

After I stepped down and the truck peeled away from the warehouse’s loading bay, I paced back and forth. What was wrong with him? He almost got me killed. And he didn’t even care.

For a moment, I felt tempted to ignore what happened. After all, a voice in my head said, what does it matter? You’re alive, and nobody’s going to care anyway.

I had a history of stuffing things because I didn’t think anyone would care. I told myself not to care. But I did care. So instead, I marched up to our supervisor and told him what had happened.

I turned around and felt a deep, satisfying crack in my neck. It was as if a chiropractor had snuck behind me and given me a quick adjustment. Relief washed through my body.

For more than two years, I had been studying and practicing Daoist meditation. Daoism is an ancient spiritual tradition where the adherents seek harmony through balance. Thousands of years ago, Daoists discovered how emotional pain could harm our health, especially when we stuff down this pain.

For example, when a child is yelled at, the trauma carries energy. This energy can crystalize in the body and create an emotional pattern. As the child becomes a teenager, they might get bullied by peers, which kicks off the same pattern. The teenager withstands the abuse and copes by insisting to themselves, “It’s no big deal.”

As the teenager becomes a young adult, they might repeat the same pattern with abusive coworkers—like me, almost getting killed in that truck.

If we let these patterns continue, they can contribute to chronic tension and even pain.

The good news is, the opposite is also true. If we end these patterns, our health can improve. That’s why my neck cracked after I stood up for myself. Because I wasn’t stuffing down emotional trauma, my body responded by relaxing.

When you were young and got hit with emotional trauma, you unconsciously created your own patterns. These patterns could be quietly harming your health today, even if you haven’t thought of the original trauma for decades.

How do you unravel them? Start practicing the opposite of your pattern.

However you responded to the original trauma—stuffing down your emotions, lashing out, or complaining—do the opposite. Here are three suggestions:

1. If you have a pattern of stuffing down your trauma and mentally minimizing it, then do the opposite.

2. If you have a pattern of lashing out, take the high road.

Refuse to continue an argument. Choose not to respond. Don’t engage. You might be surprised to read this because the previous point was to confront someone.

Please remember that these points are customized to what your usual pattern is. Take the high road only if you tend to lash out.

3. If you have a pattern of complaining to anyone who will listen, take some quiet time instead.

If your first impulse is to grab your phone and tell a friend about what just happened to you, sit with it instead.

Refuse to dump your emotional burden onto someone else. Build your independence and inner strength by giving yourself the attention and empathy you’re in need of.

It’s crucial to do the opposite of your pattern. If you usually stuff and mentally minimize your pain, then quiet time won’t help—it’s too close to your unhealthy pattern.

If you usually lash out, then confronting someone and speaking your truth will too easily lead to more lashing out. When it comes to resolving patterns, another person’s poison, when applied with care, is your medicine.

The pattern you created to withstand childhood trauma is now your personal poison—but it probably feels like medicine. Comforting. Familiar. That’s a big reason why change is so hard.

To free ourselves of the poison of our old patterns, we must reject what used to feel so natural. Remember that there’s nothing natural about your patterns—they were programmed when you didn’t know any better.

As you practice the opposite of your patterns, you might notice your health improve in surprising ways. Either way, by freeing yourself of your old coping mechanisms, your life will improve. 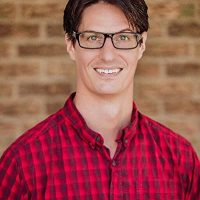 Nate Rifkin is the author of The Standing Meditation: Excel in the Modern World Using an Ancient Practice.  He turned his life around by dedicating himself to the Daoist myst… Read full bio