The Physics of Relationships: remaining Mindful of your own Foundation. 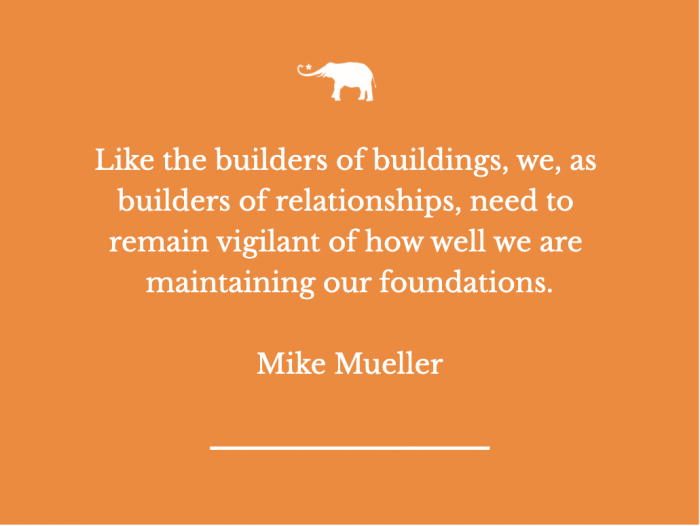 My relationship collapsed a few months ago.

Six years before that, another one had fallen apart.

And before that, another one, 12 years ago.

If I was a builder or engineer and had this many structural collapses, I would be locked up or made to leave the profession. I would be charged with negligence. I would be fired.

Heck, I’ve wanted to fire myself!

Like many of you, I couldn’t take my eyes off the television recently. Seeing the horrific images of a 12-story building suddenly crumble to dust, leaving so many families grieving, was heart-wrenching. It was also baffling.

The same is true for the discovery of a cracked steel beam on a highly-traveled bridge over the Mississippi River. Had it not been found in time, the outcome could have easily been equally tragic.

And then there was a flight that made an emergency landing when one of its engines literally fell apart after takeoff, spreading debris into neighborhoods below. Fortunately, no one was injured and the plane landed safely.

Buildings and bridges made of concrete and steel don’t generally fall down. Airplanes weigh tens of thousands of pounds, yet they don’t drop out of the sky like injured birds. I may not be an engineer, but I trust in the laws of physics. What I don’t always trust is how well humans build and maintain the structures erected using the laws of physics. The truth is that catastrophic failures like what happened in Miami are usually the result of some kind of human neglect or error, not faulty physics.

When constructed and maintained properly, buildings and bridges will remain structurally sound for a long time.

When airplanes get regular inspections and repairs, they fly for decades without incident.

When we apply the same rationale about structural integrity and the consequence of human neglect to our own lives—and especially our relationships—we can begin to see our relationship “failures” in a new light. Relationships demand inspection, monitoring, and regular maintenance and repair.

But love! Love is magical and mystical and spontaneous. Love is not a science experiment, right?

When it came to my failed relationships, the temptation was to avoid studying what went wrong and turn to the familiar: denying underlying problems, swiping through dating apps, and thinking about how to find and build the next relationship, without taking a good hard look at what brought the failed ones down.

My investigations have revealed this:

My foundation has been faulty.

In my marriage and in my subsequent relationships, I had been looking at my partner as the person responsible for my happiness. That’s a lot of pressure on one pillar. I kept blaming the circumstances and people in my life who were causing my suffering.

Year upon year, neglect upon neglect, denial upon denial, the pressure mounted. I had not been properly maintaining my own structural integrity, therefore the relationship—of which I was one of the pillars—gave way. Each one came crumbling down.

For me, true progress began with practicing present-moment mindfulness and starting a consistent meditation practice. I joined a Zen group at my local Buddhist center and began attending regularly. That led to developing my own meditation practice at home.

A mindfulness practice is best explained using an example from the Vietnamese Buddhist monk, Thich Nhat Hanh, in which he talks about washing the dishes. When we wash the dishes, most of us are mindlessly doing it while thinking about something else. We may be washing dishes, but our minds are thinking about what else we should be doing…or what we will be doing soon…or what just happened in the past. Our minds are anywhere except in the present moment—being aware of the activity of washing the dishes. Do we take the time to feel the slipperiness of dish soap? Or the warmth of the water? Or the rough and smooth textures of the pots we are washing?

This kind of meditation goes beyond sitting on a cushion and grounds us in this moment of our lives. We begin to see that difficulties in relationships begin with overthinking rather than responding to the moment at hand. It also has taught me that pausing and giving each other time to digest the moment is critically important. There’s no need to fill every second with more reflexive chatter, some of which is often counterproductive.

So gradually—very gradually—I’ve learned to acknowledge and accept each moment. Fixing it with another relationship—no matter how well-meaning and wonderful the new woman was—would inevitably result in the whole thing crashing down again.

Like the builders of buildings, we, as builders of relationships, need to remain vigilant of how well we are maintaining our foundations.

And no foundation is as important as your own. 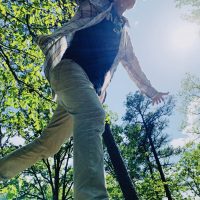 Mike Mueller is a mid-life single dad and recovering digital geek. He is a practicing Zen Buddhist on a quest to wake up. He is the author of the upcoming book, Single Buddhi… Read full bio