When the Fear of Abandonment Costs us the Love we Deserve.

When I was 16 months old, my father died.

He was in his early 30s and was diagnosed with cancer when I was four months old. Back then, it was a death sentence, and true to its word, he was gone in a year’s time.

Although I don’t have a memory of this, I’ve been told that my father waved goodbye from the window of his hospital room as we waved back from the parking lot below.

As a young girl, I always wondered what it would be like to hold my real dad’s hand as I held the hand of my incredible stepfather.

There were other times where I had these flashes too, while sitting on his lap and doing other father-daughter things. I didn’t love him any less. I just longed for what I didn’t have.

Time and time again, in my late teens, 20s, and 30s, I was reminded in therapy that it would be hard for me to have a healthy attachment with a man, since I suffered from abandonment as a young child. I was expected to struggle and struggle I did.

As I retold stories of my escapades in session, I watched my therapist, at the time, apologetically nodding her head, as though there was little we could do about my fate.

I remember feeling really screwed and found it curious how I’d go for the most unavailable men over and over and again. It sure didn’t seem to start out that way, yet it didn’t take much time before I was vying for the attention of a man who was hardly there.

I sadly watched myself turn into a sweet, yet sad circus monkey, who wanted to do enough, be enough, and give so much to be loved and ultimately chosen. The relationship eventually became terribly imbalanced, and it ultimately failed.

Does this sound familiar to you?

It seems that what I was told was right. I got to have incredible success in certain areas of my life, but in the areas of love and relationships, I was unable to “stick the landing.”

It wasn’t that I was afraid of commitment. I was all for it. Married and divorced twice, I was fulfilling the fate I was forewarned about. Hindsight usually gives me clear understanding of how I was trying to make round pieces fit into square pegs.

One of the most vital ingredients I was lacking was discernment. I was not choosing, rather I was waiting to be chosen. He, who would choose me, immediately became “the one.”

Clearly, I can see how detrimental this approach is now.

I had no awareness that I was doing this and could not see that my core sense of self wasn’t sound. I had not formulated a sound emotional success system for long-lasting and grounded personal growth.

I decided enough is enough.

I also decided that I was enough, as I am.

All of me has been and always will be enough. The same applies to you.

If there is one powerful knowing that will change everything to your core it is this: you are enough as you are to be fully and deeply loved.

The storyline I used to believe is only one interpretation of my earlier life events. I never thought to question the authority of the therapist. The theory makes complete sense and can be true.

There is also another narrative that is much more likely: the more I live and the more I heal, I come to a deeper understanding of myself.

My father didn’t abandon us.

He died loving us. He died wanting the world for us. He left this life wanting nothing more than to be here. He had huge hopes and dreams for his life. He married my mother with an entire future ahead of him. Then he had three children.

He did not abandon us.

That did not happen. Yes, he left. Yet, the container in which I hold this now isn’t empty as it had been. It’s quite the opposite. It is overflowing.

Reframing my father’s death to an expansive understanding has shifted my perspective from a life filled with relational difficulty to new possibilities.

I don’t feel burdened by his leaving, as though I’ve been cursed. I am blessed to have a father who loved me as I know he loved my mother, sister, and brother.

He had his own human experience.
He had his own soul contract that he was living out.
I never had to carry that weight and neither do you.

If your parent has left, it is possible that two things exist at the same time. They left, and they loved you.

This is not abandonment.

I realize that it might be through divorce, drugs, incarceration, or other tragic events that could lead to a parent leaving. Leaving and loving is still loving.

There are circumstances that prevent people from being who we want or need them to be.

In the absence of making their leaving mean we are doomed, there is and will always be immense love.

Today, I am 58, single, and in total belief for the first time in my life that lasting love is fully available for me. If love has eluded you for a whole host of reasons, consider reframing your narrative. Rewrite your story and find a different voice to tell the story of your life.

It could free your soul and open your heart to what you have been seeking. 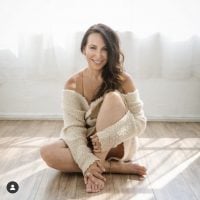 Ilyse Craft is an Intuitive Life, Manifestation, and Business Coach, helping women create lives they are obsessed with. Ilyse loves being an over-50 role model and LinkedIn in… Read full bio