What Granddad taught me about Self-Reliance & Worker’s Rights.

My granddad used to declare he was the “Jack of all trades”—his nickname was in fact Jack.

Over his lifetime he had all sorts of jobs. The one I remember most was when he was working “at the papers.”

He spent his nights at the printers, putting newspapers together. He would arrive home as the sun arose, hands black, weary eyes, deep lines across his forehead. Sometimes, on the weekend, he would take my older sister with him, when the printing press needed extra workers for the Sunday papers. Sunday papers were the thickest newspapers of the week. I remember being jealous. I wanted to go with them.

My Granddad grew up dirt poor; to him, the worst job one could have was that of a street sweeper.

If my siblings and I were playing up or not doing our best at school, he would foretell us of our futures; a life spent cleaning the streets. One afternoon after school, I had homework to learn my “9 times tables.” That afternoon with my Granddad was the longest of my schooling. He had me running around the house recounting my times tables back to front, front to back, randomly. Burnt into memory, to this day, I can recount my times tables as if my life depends on it.

Hard work was demanded in my family. Working more than one job was admirable. I desperately wanted to work.

At 14, I counted down the months until I could get a job. In Australia, that was 14 and 9 months. I lined up my first gig in advance, a cashier at a delicatessen. I was anxious about the mathematics of the job. Counting change. I worried I would get it wrong and a customer would yell at me. I worried I would get fired. I set up a pretend shop, I got my mum to be a lady buying ham. We must have run through the change process a hundred times. By my first day on the job, I could balance money at lightning speed.

From the deli, I added additional jobs. Clothing stores, childcare, nannying, pharmacy, waitressing. I generally had three employers at any given time through school and university. I never considered not working or working less. I look back now and wish I focused more on studying, relationships, and just being a kid.

But working class was in my blood. My Granddad would talk endlessly about the importance of work, of unions, of regulations like superannuation. And I had learnt from my mother the difficulties and lack of options women faced without financial independence. Not only was I driven to take care of my own financial means, for freedoms my mother couldn’t afford, I was scared of one day landing on the streets, literally.

After my Granddad passed, I remembered his street sweeper threats and looked up what the life of a street sweeper was actually like. It turns out street or “crossing” sweepers was one of the worst jobs one could have in the Victorian era. It was dirty, dangerous work, mainly done by poor children. I realised how hard he must have had it growing up poor, and how this type of work was a real threat in his childhood. I imagined how awful some of these menial jobs were for children and adults alike. I was glad they didn’t exist anymore.

Thanks to technology, many menial jobs have been automated. Streets are swept by vehicles, that may or may not require a driver. Robots assemble newspapers. Technology has enabled us to avoid many a menial task. And we now have access to applications that have been developed to make our lives easier.

Yet I know my Granddad would say we haven’t stopped exploiting low wage workers one bit. In fact, through our tech world mobilising a gig economy, we now have a new “on demand” workforce, one that has created further opportunities for exploitation. Unregulated, noncontract work abounds; work that is more often than not menial, low paid, and precarious. Food delivery drivers being one of many examples.

Technological advances are enabling precise measurements of everything, including labor which means paying employees for increments worked can be more and more exacting. Personal risk is increasing whilst a corporation’s risk is decreasing. My food delivery driver has no buffer in their pay for any volatility; they are taking on this risk alone whilst the company benefits.

In many senses, times haven’t changed. We have the means to provide a better working environment for all, and yet we are still beating the same drum, choosing the same old pathway to make money—off the backs of the less fortunate.

This is not a dissimilar situation to companies that have leveraged natural resources and made negative environmental impacts whilst making their profits. Though much more needs to be done, these companies are being held more and more to account for this, and taxes and insurance structures are being put in place. I like to think we have far too much consciousness as a species to continue to make the environment and society pay for the profits of a few.

I still buy the newspaper every Sunday. I want my fingers to get ink on them, I want my Grandfather to know I am okay. That I’m not, as he feared, a street sweeper. I want him to know I care about these things and I am glad he taught me to never stop talking about them. 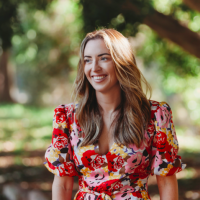 Sarah Kinsela works in technology and writes about sustainability, society and her life experiences. She has a BSc in Environmental Science, Post Grad Cert in Social Impact As… Read full bio