5 Nonconventional Ways to Recover from Being lied to or Manipulated.

“This isn’t about me. This is about them. They have demons I can’t see.”

That phrase has been my mantra for when I am faced with the painful realization that I have been deliberately lied to.

Anyone who has been lied to and manipulated in any shape or form has no doubt asked, “What did I do to deserve this?” Especially if you consider that someone close to you.

This is no doubt a range of emotions one goes through. I’ve felt sadness, anger, frustration, and confusion and circled through the emotions over and over again trying to understand the “whys” and the “what for.”

It is easy to become bitter and angry. I know I am completely guilty of that myself. Then vengeful me comes out and I want that person to pay for their lies. I want them to feel the emotional pain that I felt.

Let me tell you, this is not a healthy way to deal with the situation at all. The only person who suffers is yourself, and in my case…myself.

I found that getting so bitter and angry at the offender was making me miserable. My desire to make them answer for their wronging became an unhealthy obsession. 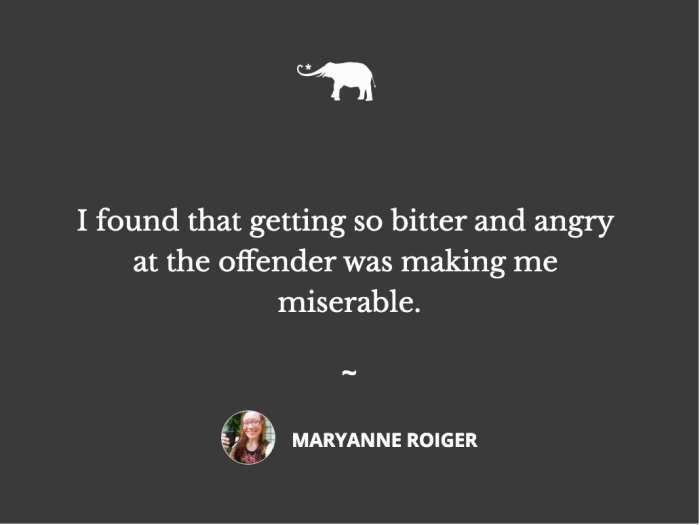 The offender wasn’t miserable; in fact, they had no remorse whatsoever and were living their best life. So why was I hanging on to something that was only hurting me?

I certainly wasn’t going to get an apology from the offender. If there was an apology, chances are, it would have been a shallow apology that makes the situation even worse.

What is a person to do?

Let it go. (Added extra points if you sang the song from the Disney movie with the same words.)

Here are some quick, nonconventional ways I made myself feel better and healed the hurt I felt. Feel free to use them yourself or modify to fit your situation:

1. Call the offender out. I am serious; let them know you are onto them. You don’t have to be disrespectful. In one particular case, the offender said they were unable to commit to an obligation they had made with me because they had to work last minute, then posted pictures of themselves enjoying a professional sporting event in another state.

All I sent was a screenshot of them at the event and just commented, “All you had to do was say your plans have changed or you didn’t want to help me anymore.” It may seem childish, but dang, it felt good to let them know that I knew.

2. Curse them out—but to yourself. I know this sounds ridiculous and childish as well, but here you can say what you are feeling without causing more drama. It also feels incredibly good to go to a private spot and direct the anger. Try it—just getting the initial release out and letting it all fly can actually be therapeutic.

My personal favorite is to direct my anger at what I call the screaming rock. I have a specific rock that has represented offenders out in a private spot that I have yelled at when needed over the years. That poor rock has taken the brunt of some awful words but has saved me from saying something I maybe didn’t want to numerous times. Remember, you can’t take back words you say to someone after you’ve said them.

3. Start to limit your interactions with the individual. I am not going to tell you to cut the person out completely. Let’s be honest, that isn’t always possible. Depending on the offender, you might still have to deal with them on a somewhat regular basis—be it a coworker, a family member, or an ex-spouse you share minor children with. Remain courteous, but cautious of their words.

It took me a lot to start to grasp that when I was being lied to, it wasn’t so much about the person lying to me—but them lying to themselves. There are demons that person is fighting, whether they realize it or not. A little loving-kindness their way might just help them out. It certainly couldn’t hurt.

5. Give yourself a little appreciation. This might seem silly as well, but give yourself a little uplifting self-talk. Depending on who the particular offender is, you might need to give yourself a pick-me-up. I have had times where I roll it off my back and ignore the fact that the person hurt me and carry on with my day. There have been other times when for one reason or another, the hurt from another person lying to me has been painful.

When the hurt is painful, don’t be afraid to tell yourself that it isn’t you, it’s them. That their actions are not strictly toward you, but demons that they are fighting in themselves. You just happened to be in the wrong place at the wrong time, so to say. If this was an isolated incidence that you are aware of, a little extra loving-kindness their way might be in order. If this is becoming habitual, time to start limiting interactions.

There’s no way around it—when you discover you’ve been lied to, it is going to hurt. Depending on who it is, it could crush a part of you. Your reaction will help the healing process and help you move on.

My suggestions are not all conventional; in fact, some people will no doubt say that a couple of them are completely unhealthy in the way I have dealt with my offenders. These methods work for me, though. Maybe, try one sometime if you want to. The least logical approach might end up being the most logical.

If you have a tried and true method that you use, please leave a comment. I would love to hear how you recover from the hurt and betrayal of being lied to. I am always open to try something new myself. 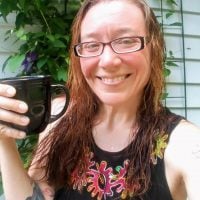