Photo by Philipp M on Pexels.

Today, more than ever before, people take their technology for granted, whether it be their smartphone cameras, batteries or the very methods of transport they use to get around. While it’s often easy to assume that almost all modern technology sprouted up in the last century or, at earliest, in the Industrial Revolution, some of the items you use everyday can actually trace their roots back hundreds or even thousands of years. Following are some of the most important technological marvels in our lives today that were invented much longer ago than you might think:

While the planes you take to go on holiday might be a relatively modern invention, aviation in some form has been around for more than two millennia. Although you can attribute the first functioning airplane to the Wright brothers’ invention in 1903, airships have been around for far longer. Although hot air balloons and the earliest hydrogen-filled airships could not be controlled, and were entirely at the mercy of the winds, the first engine-powered flight took place in 1852. Invented by French engineer Henry Giffard, the steam-powered airship flew 17 miles. The invention eventually heralded in a Golden Age of airships in the early twentieth century.

Electricity has been known and, to a degree, understood, for centuries. Who precisely can be credited with the invention of the battery is controversial, although Italian inventor Alessandro Volta (after whom the word ‘volt’ comes from) is considered the father of the modern battery in thanks to his invention in 1800. Benjamin Franklin of the US also experimented extensively with electricity in 1749. However, the battery may have been around for over 2,000 years: the world of science remains undecided as to whether or not the mysterious so-called Baghdad battery was actually an ancient electrical device or something entirely different.

Today’s cameras use much the same technology as they have for almost 200 years. The first permanent photograph was taken by French inventor Nicéphore Niépce in 1825 and, by the middle of the nineteenth century, monochrome photography was already widely known. Colour photography, of course, came much later. Nonetheless, the first colour photograph was taken in 1861 and, by the very early twentieth century, Russian photographer Sergei Prokudin-Gorskii was taking colour photos from across Tsarist Russia that are probably at least as high in quality as anything your smartphone is capable of.

Although they’re long gone from use in trains, steam turbines are responsible for generating much of the world’s electricity in the form of hydroelectric dams. Although the invention of the steam engine is typically credited for jumpstarting the Industrial Revolution in the late eighteenth century, the underlying technology is almost two millennia old, dating back to when Hero of Alexandria invented the rudimentary aeolipile, although it appears unlikely that the device was ever used for practical purposes. The modern steam engine traces its roots back to Thomas Savery’s design in 1698, when he built the first practical steam engine.

German inventor Karl Drais is usually credited with the invention of the bicycle in 1817, and the following decades saw the rise of all manner of similar human-powered inventions, such as the bizarre penny-farthing. Nonetheless, sketches of bicycles date back much further, with the first schematics often being attributed to Giacomo Caprotti, a pupil of genius Italian polymath Leonardo da Vinci. However, experts are not unanimously agreed on the claim, although others have successfully reconstructed the bicycle drawn up by Caprotti and found that it does indeed work just like a modern design.

Although best known for his works of art, Leonardo Da Vinci was also a great inventor, and one of the many inventions that may be verifiably attributed to him is the contact lens in 1508 when he first introduced the concept in his Codex of the Eye publication. However, although his designs were sound, they had no practical purpose during his time, since the technology required to make them was unavailable. The first usable contact lens wasn’t invented until centuries later in 1888 by German ophthalmologist Adolf Fick. All early contact lenses were made from glass.

Central heating is another invention dating back to the ancient world, although it usually took on a very different form to what you might be used to today. The ancient Greeks originally invented central heating and, during the Roman times, it came into wide use in various public buildings and homes of the wealthy. The first systems were powered by furnaces that would heat air and circulate it through voids under floors and pipes up the walls. The collapse of the Roman Empire, however, saw the disappearance of central heating for some 1,000 years until its reinvention in the nineteenth century.

While the Romans were famous for their sewers and aqueducts, their plumbing technology was far more sophisticated to the extent that you probably wouldn’t feel particularly out of place in a luxury Roman villa to this day. However, running water is much older than the Romans, and there is plenty of evidence to suggest that wealthy Egyptians and Mesopotamians were having showers in their own homes over 3,000 years ago. Unfortunately, with the fall of the Roman Empire, however, showers didn’t see the light of day again until the first mechanical one was invented in 1767.

Numerous inventors and scientists experimented with the concept of an electrically powered method of communication across large distances, although Alexander Graham Bell is usually credited with the invention of the telephone in 1876. Nonetheless, the first telegraphic message was sent in 1816 by English inventor Francis Ronalds. However, mechanical telecommunications devices were around far longer than their electrically powered successors. These acoustic devices typically came in the form of speaking tubes, particularly in large buildings and aboard ships, and they’re still in use today on ships as a backup in the event of electrical failure.

To understand the history of the computer, it is important to first agree on the very definition of the word. After all, there’s not much in common between a 4,500-year-old abacus and the computing powerhouse in your tiny smartphone. However, while the first programmable computer was invented by German engineer Konrad Zuse in 1941, the history of computers is far longer. All early computers featured analogue designs, the invention of which is indisputably attributed to English engineer Charles Babbage. Babbage first drew up plans for his so-called difference engine in 1822, and you can see his second model today in the London Science Museum.

It’s often hard to imagine that, despite modern technology bringing in an entirely new age of human progress, that many of the things people take for granted can actually trace their roots back to ancient times. With a few important exceptions, such as the invention of printing in the thirteenth century, technological advancement was relatively stagnant during the centuries between the fall of the Roman Empire and the early days of the Industrial Revolution. As such, many postulate an alternative history scenario whereby the Dark Ages never occurred. Perhaps, after all, had technological progress continued unabated, humanity would have been sending rockets to the moon centuries ago! 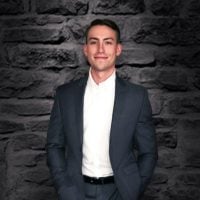