Give Peace a Chance: Nonviolence could be a Powerful Weapon. 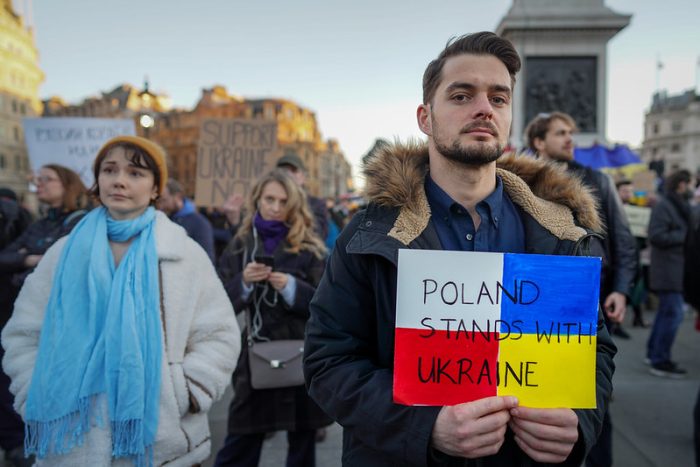 What Putin is doing in Ukraine is terrible beyond words, but is fighting back a good option?

How many people will die? How much nature and historical heritage will be destroyed? How much pollution, including nuclear, will be produced? Is it worth it?

I don’t have the answers for this, but whenever I have no answers, whenever I don’t know enough, I try to stick to my principles as tightly as I can: killing is bad, for whatever reasons you do it.

The Buddha said, “In this world hate never yet dispelled hate. Only love dispels hate. This is the law, ancient and inexhaustible.” (Dhammapada 1)

War for me is just poor people killing other poor people for the political and economic interests of those at the top. I don’t trust the media much; they are sensationalist and superficial. All I can do is try to think with my own head and reject the obvious old answer: they attacked us and we must strike back. I know, this reaction is deeply ingrained in human nature, but I believe we should go beyond that and find new (but perhaps not so new) ways of reacting to violence and injustice.

First of all, we should try and prevent wars by addressing the problems that may lead to them. Perhaps Hitler would have never come to power if the winning nations after World War I had not humiliated Germany with huge war reparations. But this, unfortunately, hardly ever happens.

I know many people may think that if they are hit by someone, they should strike back. Well, I believe that should be the last resort—if at all possible we should talk first, try to understand, and see whether there may be any solutions. Perhaps giving something away, perhaps just running away…only if all this does not work, then we may be forced to strike back, but with no hatred, just as a strategy of self-defense.

Even toward an army attacking a country, there might be other reactions that are nonviolent.

Have you ever heard of what happened when the Germans attacked Denmark at the beginning of World War II? A story little told that I find inspiring. The Danish soldiers tried to fight back, 16 of them died, and then the government, in agreement with King Christian X, realizing the futility of trying to stop the Germans, just surrendered.

Because they surrendered and expressed their will to collaborate, the death toll was minimum and the government managed to find an agreement with the Nazis that allowed Denmark to proceed with normal life of a sort. However, the German troops stationed in Denmark were treated with coldness, when possible boycotted, and an underground resistance movement developed. In this way, also, hundreds of Danish Jews managed to escape the German concentration camps.

At the end of the war, only about 3,000 Danes lost their lives in Denmark, the lowest figure among the countries involved in the war. Their decision not to use violent means had pretty good results.

In a similar way, using nonviolent means and civil disobedience Gandhi in India obtained independence from England, Martin Luther King Jr. in the United States helped to end discrimination against African Americans, and Mandela in South Africa achieved national reconciliation, refusing to fight against the white people who had made the black majority suffer so much. The first two paid with their lives for what they did, but they never killed anybody. To me, these are amongst the greatest men who have lived on this planet.

There is a Buddhist story I love. It’s about an anger-eating demon who entered the king’s palace by force while the latter was away, and placed himself on the throne. He was terribly ugly and stinky, so the guards started threatening and swearing angrily at him in their effort to get rid of him. However, at every threat and swearword, the demon was growing, becoming uglier and more stinky. The more abuse he received, the bigger he became until his body grew to occupy the whole throne room.

At that point, the king returned, and as he was a wise king, he understood the situation at once. He stopped his guards and welcomed the demon, proffering kind words, inviting him to tasty food and refreshing drinks. At that point, the demon stopped growing and began shrinking, and the more kindness he received, the smaller he became. After a while, he had reached his original size, but the king, and at that point everybody else in the court, went on speaking nice words and treating him kindly. The demon kept shrinking until he disappeared altogether! (For a version of this story, see Ajahn Brahm’s book Opening the Door of Your Heart.)

Can we be kind to our enemies? Jesus did, Nelson Mandela did, and the hippies put flowers into the guns of the National Guard.

War and violence are bad; there are other ways. And we must also not forget that nationalism is a construct. People kill and die for “their” land, a piece of earth that, because of historical reasons, ended up being part of their country. Borders have kept moving throughout history, and so have languages and cultures. For me, the earth belongs to everyone, and before being American, Italian, or Russian, we are human beings, citizens of this world.

As I said, I don’t have any definite answers, but I know that nonviolence could be a powerful weapon, not easy to manage, perhaps, but I think it should at least be tried.

As John Lennon sang, “Give peace a chance.” 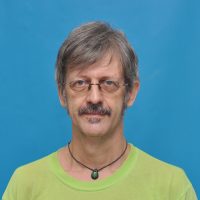 Paolo Coluzzi is an Associate Professor at the University of Malaya in Kuala Lumpur, Malaysia, where he teaches Italian and sociolinguistics. He first became interested in Bud… Read full bio