Ghosting, Loki and Inevitable End Of Everything

I have ghosted someone recently and as you’ll find out further down, it bothers me and what follows is my reflection on this action and perhaps an apology to that person should they find this post.

I have mostly been on the receiving end of ghosting and my view of it was mostly neutral. We could say chaotic neutral in the language of alignment of Dungeons and Dragons.

Now I’m beginning to question my alignment here and perhaps I am leaning more towards chaotic good.

Let me explain. If I may, I’ll bring Loki into this.

Every time I was ghosted I wondered why. Most recent experience with being ghosted is from being on Facebook dating and it came right after I asked my match to clarify what she means by “motivated”. This was one of the three things she said she’s looking for in her partner and as I don’t consider myself highly motivated by my own definition, I wanted to know what others actually mean by it. Just to understand if I perhaps could just about fit into her definition of it.

I never got my answer and ended up being ghosted. Which looking back was a fair reaction as we probably wouldn’t have much in common anyway.
I perhaps phrased my question in a way that probably granted ghosting. Play stupid games, win stupid prizes as they say.

At the time I thought my question deserved an answer, but now I actually think the opposite. I deserved to be ghosted and it worked in my favour too. We both didn’t waste time on something that would never work. Could she say something? Of course. But did she have to explain herself? No. Am I worse off without knowing whatever the answer would have been? No.

Now let’s go to my ghosting from a few days ago.

I am sort of a trickster. I unfortunately cannot shapeshift, but I am able to say things people might want to hear or cleverly avoid saying things that they might not want to hear. Both are a form of trickery.
This isn’t exactly how I would want to be, but somehow this grew on me and up until recently I have considered this as (extremely) toxic.

Since we’re on the subject of trickery, let me use an example of someone that you all might know. Infamous horned God – Loki.

In the beginning I didn’t like Loki in The Avengers. But as the series progressed I began to like him a lot.
There was good in him.
It might have been chaotic good, but it was there. We can’t all be lawful good can we?

The reason why I ghosted this girl was, being a trickster I suddenly became afraid that I have met another trickster and it turned out that I have another trait similar to Loki. I like to escape when it becomes clear that things might not be working out in my favour. Not always, not completely, you could say it is a retreat.
We were talking about us and as she was from a different continent and her message came out of nowhere and all was happening too fast, my trickery alarms started to ring.
Though I’ve not tested them in a while so it could have been a false alarm. Who knows.

The main problem with being a trickster is, it is hard to trust people. Obviously not all people hide their inner motives, but I’m certain we all have something of a trickster in us and sometimes I’m surprised whole world isn’t an infinite loop of one infinite trickery.

Sooner or later though, every trickster grows tired of it all. But he or she might be too scared to change as they know it will be hard for others to believe them. And like with any defect of character we suddenly become aware of, we have two choices – keep going the way we were going and consider that being our authentic self, as flawed as it might be, or we decide to create a different self. And so trickster too can awake. Though this is almost always their final trick to completely deny their previous self by becoming the very opposite of what they have been. Once the game gets to the final showdown it’s time to take down the mask.

And perhaps this is the place where I should apologise to the girl I have ghosted.
I’m sorry I couldn’t find enough courage to keep going. I was considering staying and learning to be who you wanted me to be, but in retrospect, I couldn’t be that. I’m sorry.
I wish I could thought of something to say then, but I hope this is enough to tell you it wasn’t just a game. I however need to follow my path to awakening and I am afraid I’d be difficult to be with, so this is my goodbye. Please forgive me.

Nobody’s honest all the time and nobody is dishonest all the time either. Trickery is the easy part. Apparently one of the most uncomfortable truths is the truth that honest people experience more hurt. But we all must eventually open up to pain and loss and grief and welcome them as gifts. Perhaps the turning point for every trickster is the moment they realise they are the ones they trick the most.
And maybe it is the slow realisation of inevitable end of everything. All our gains will turn to losses and so the only thing we are left with is the final goodbye and a maybe a plea for forgiveness to all we tricked in the world where we were too afraid to be honest.

A few notes:
* I believe I am honest most of the time, but as I am addressing the defects of my character within the 12 Step Recovery program I recognise I have been dishonest a few times and as there is a chance I’ll be this way in future, I need to work on it.
** I am a big fan of authenticity though that can mean different things to different people. I think what I imagine authenticity means is, accepting who we are and in the process of awakening to the truth and oneness only cut the sharp corners off our selves so no one gets hurt by it. But it doesn’t require us to become all uniformly shapeless or perfectly harmless. Some rough edges are necessary.
*** Being honest is an act of courage and it is something we all need to find our own way. I am pleased to see that more people are opening up to to admitting and owning their flaws without the fear of judgment. Most of us only hide our true self only from fear of rejection. It would take collective effort to change how we deal with each other’s flaws. Condemnation and judgement aren’t what I have in mind. 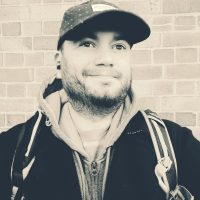 Peter Toth is a Slovakian guy living in the United Kingdom, who likes to think he’s good at writing short stories and poetry. He believes that writing is not only a form… Read full bio