A Call for Civility in Politics 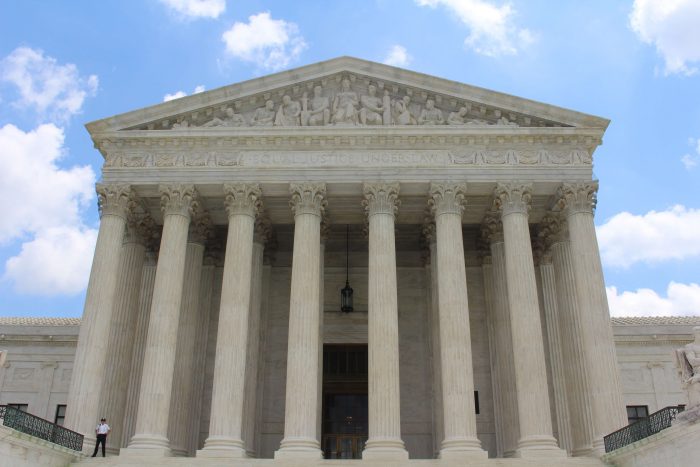 Glued to the Brett Kavanaugh confirmation hearings last week, as so many of us were, I found myself moved by Jeff Flake’s remarks on Friday. “Tribalism is ruining us,” the Arizona senator said. “It is tearing our country apart.”

I would hope that we’re more resilient than that. But he’s got a point. Most of us would agree that America does feel particularly divided right now—with folks of different political persuasions unable to agree on even basic facts.

Some of this is just human nature. Even at our most honest, we often see things differently from one another. That’s not inherently good or bad, but we create trouble when we start to see those who disagree with us as unworthy of our respect.

That latter attitude shows up a lot in how we communicate with each other about politics. To watch a political discussion on television or social media is often to witness a swift devolution into hostility. While this is not a new state of affairs, it does seem to be worse of late.

Part of the reason for the ugliness in how we talk about politics is that so many of us are sincerely concerned about what’s going on in our country. We should be—darkness that may have previously lurked outside the bright confines of the public square is coming into the light. But we should use our growing awareness of the suffering in our society as motivation to change for the better, rather than as a reason to attack one another.

In other words, we should strive to be both helpful and civil.

Why? At a time when both liberals and conservatives view the other side as willing to go to any lengths to win, why shouldn’t the gloves come off? If the outcomes of our political fights matter, and they do, isn’t victory worth any price?

That depends on what we want victory to look like. I would argue that Americans of all stripes—women sharing stories of sexual assault, black folks speaking out against police brutality, progressives organizing for fair wages, white conservatives fighting to maintain the old order—may look and sound different, but we all want the same basic outcome: to feel safe, respected, heard, and like there is a place for us in our nation. We all want room to breathe.

If we listen to each other, we might see that common ground. But it’s hard to listen when we’re all shouting. I don’t respond well to being yelled at. Do you?

We’re not going to get what we want by beating each other down, because a peaceful society is built on treating others with the same compassion that we each want for ourselves. I believe that we can achieve such a society and break down our tribal walls. To do so, however, we each need to take responsibility for our impact on the community—in part by being civil to one another.

What does civility look like? Speaking with respect, even when we disagree. Acknowledging each other’s humanity, and that we’re all doing the best we can. Listening. Trusting that we can see things differently and still have good intentions. Being kind.

Civility alone isn’t enough. It must be coupled with empathy and honesty. Martin Luther King once wrote of the archetypal white moderate—someone who believed in the principle of equal rights, but always urged Dr. King and his fellow activists to “wait.” Such a person was concerned with stability above the suffering of his fellows, and his calls for civility would perpetuate injustice. Dr. King saw that as more harmful to his cause than the ugly honesty of blatant racism. Smothering truth in the name of civility is really just hostility in finer clothing.

So if we want to be civil, we’ve got to go all-in. We must strive to develop respect for each other that is more than superficial. A real commitment to civility means caring about the well-being of our whole community, and hearing those who need our help.

We don’t have to choose between speaking truth, standing for what’s right, and being decent to one another. All three qualities strengthen each other. We don’t have to practice any of them perfectly either, but if we want to make things better, we need to at least try.

I would hope that we choose to elevate politicians who practice civility, and vote out those who put their energy into dividing us. But we each have to do our part as well. Our leaders reflect us—we have to be the change we want to see.

Many would understandably say: this is all well and good, but why should I go first when others are so uncivil to me and mine? Why should I respond to rudeness, hatred, and aggression with respect and kindness? Is that fair?

If we don’t break the cycle, who will? Treating each other civilly is one way we to start.