A Man Divided Causes Stress In His Relationship. 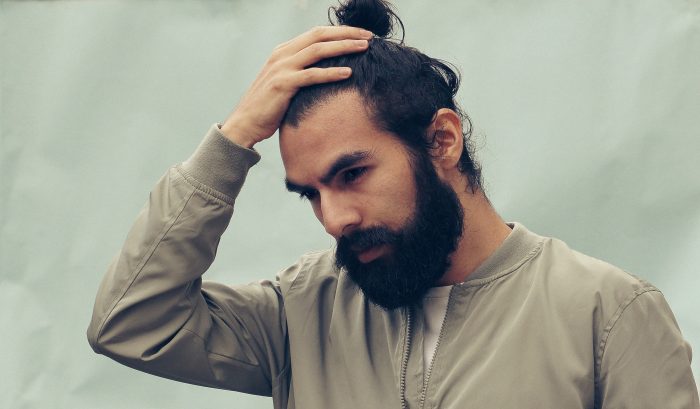 Throughout my 20s and 30s, I often stayed in relationships I was deeply divided about staying in.
My mouth would make promises my bones knew I couldn’t keep. Which made life awful for any woman who ever tried to love me.

Today, I’m three years into the first relationship I feel internally clear about, which makes all the difference. I’ve been able to overcome challenges, even potentially catastrophic ones, to preserve beautiful connection with my partner, whereas I couldn’t usually get past even trivial trials with past partners.

Which is teaching me an essential lesson:

A man must learn to be honest with himself, every day, whether the life he’s now living is the life he really wants.

Otherwise he’s just torturing himself … and anyone who tries to love him.

A man deeply divided about his choices can’t give the best of himself to whatever he’s choosing.

If he’s divided about the work he does, he won’t show up fully or enthusiastically. At best he’ll offer disconnected work that won’t matter much to anyone, least of all himself. Even if he’s successful at it.

When I was a military soldier, I was deeply divided about my mission. So much that I soon hated my life. I felt more and more useless – not just to the military, but to my girlfriend, to the world. Though I succeeded as a soldier and my service ended honorably, on the day I left all I could do was grab a backpack and go aimless walkabout into the world. I was dead inside, with nothing to offer anyone. So I left everything, including that girlfriend.

I was internally divided about her, too. I thought I hid it well during our 2 years together, but she knew.

For when a man is internally divided about his partner, for as long as she (or he) chooses to stay with that man she will endure an awful ache borne of his wishy-washy half-loving. She’ll rage in response, even if silently, and the relationship will sour.

He likely won’t even see how his divided desire for her contributes to her distress.

In my Love, Sex, Relationship Magic course, I share that the “Feminine Objection” in a relationship is “Don’t abandon me!”

(note: I do not equate “feminine” with “woman” – I, myself a man, regularly express this “feminine objection” with my female partner, too)

In his uncertainty, his partner correctly discerns the threat of his abandonment … which never makes her “easier” to be with.

As her upset grows, he might even blame his own confusion on her being “too difficult to please.” He wouldn’t be entirely wrong, for any man who begins to believe that nothing he does will truly please his partner eventually doubles down on not even trying.

All the while, he remains blind to how his internal confusion makes loving him frightening for her; ever more so as his uncertainty grows, and she feels it.

Of course, doubt and confusion is inevitable for any man. Our clever minds are always making up stories, crafting fantasies about how life would be better, easier, if only … if only a million things. To be human is to endlessly want more and better.

Being internally clear about work or woman doesn’t mean it will always be easy or feel good.

There will surely be times when his challenges are too much to bear and the idea of cutting cord and running for calmer hills will have appeal.

But he won’t cut and run – at least he won’t get far – because the depth of his clarity will soon calm the surface waves of his overwhelm. As he gets his breath back, his deeper clarity will allow him to re-engage his commitments, with even more vigor and depth than before he briefly lost his mind to fantasies of an easier life.

For most every woman, throughout her life, has experienced being loved then abandoned, used then discarded, in countless ways both fleeting and enduring. It’s only by the repeated demonstration of an intimate partner’s unwavering commitment to loving her, come what may, that she can finally allow herself to relax and truly open in her loving towards him.

Personally, I didn’t experience readiness for this kind of commitment until my early 40s.

Which partly explains why I always seemed to make women so mad at me, despite my always best intentions.

Then, one night while on a solo retreat in an Idaho mountain cabin, I finally felt in my bones I was ready to build a world with a woman. I felt it so clear that I spoke my readiness aloud towards a black sky of stars sprinkled like glitter.

I met that woman the next day.

We’ve had our trying times, but my deep clarity of commitment to making our relationship thrive has helped carry me – carry us – through all of them.

Each man needs to find and honor his own timing. Some will be ready in their 20s, some their 60s, and some will see that internal clarity come and go, repeatedly.

I personally believe it’s less about the “right partner” and more about the “right timing” for a man, though perhaps it’s both coming together at the same time. I do see for many men, that being divided or unclear about his work – his purpose – can cause deep confusion around relationship, too, even if he’s with the most exquisite partner.

There’s countless reasons why it took ‘till my 40s; I doubt I know half of them, though I do believe one of them was still not being clear in my work.

Regardless, failing to acknowledge and honor my internal divisions created awful messes of love, causing such unnecessary suffering, both for me and every woman who tried to love me.

An easy partner who tolerates a man’s shallow commitment doesn’t make relationship better. All it does it enable him to remain out of integrity with himself, and to love only half-way.

This is why a man must be honest with himself about whether he genuinely wants the life he’s living today.

Otherwise, his lack of vigor for the challenges he faces will only make life poorer for the one who loves him, and for himself, too.
However, when he is deeply undivided in his choosing … well, little can stop that man from consistently creating exquisite experiences for himself and anyone fortunate enough to receive the gift of his undivided presence.
author note: clearly this all goes for a woman divided and shows up in same-sex relationships, too.