How we can Communicate Better Based on our Mercury Sign. 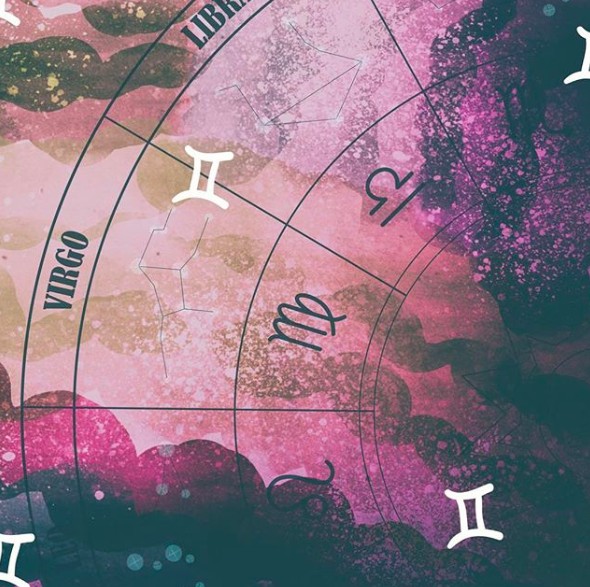 Our culture is currently shining a celestial light over all things spiritual, from high-end fashion brands embroidering the zodiac on fine gowns to celebrities devoutly charging their crystals—spirituality is in vogue.

Can we really use divine techniques in everyday life and achieve results? Having studied the behaviours of Mercury as it transits through the 12 signs of the zodiac, I believe we can.

Mercury is the translator of our thoughts into words—it’s the language of the universe. Termed so after its Roman god namesake, Mercury in mythology was known as “the messenger.” The majority of misdemeanours we have with our earthly peer’s stem from communication differences.

As far as perception is concerned, some of us live in different worlds. Knowing the whereabouts of Mercury at the time of our births will give an indication as to how we seek out, digest, and exchange information.

So, after establishing what keeps our own cogs turning, we can begin to use the energy of Mercury to find better ways of interacting with our peers. Perhaps we have a difficult work colleague, a high maintenance friend or a lackadaisical love interest—appealing to their Mercury sign may be the key to connecting our two different wavelengths.

It is said that Einstein and his theory of time travel came from his imaginative thinking, thanks to his Mercury placed in the dreamy and artistic sign of Pisces. Travelling to university on the bus everyday toward a clock tower, he wondered, if he was moving at superspeed, would the time stay the same? This was the spark that led to the groundbreaking theory of time travel.

Fantasy is a key Piscean trait and indulging in such daydreaming opened his mind to a brilliance that wouldn’t have surfaced had his mind not wondered away from reality.

Now here’s the “science” part, Mercury spends roughly 30 days passing through each zodiac sign. Mercury is in such close orbit to the Sun, the elixir of life itself, that it can be no further than 28 degrees away from it at any time. Therefore, as a rule of thumb, your Mercury sign will either be the same as your Sun sign, or the zodiac sign placed before or after it.

For your exact Mercury placement please see this motion chart.

Mercury in Aries. These types are never backward in going forward—it’s best to give them information directly and clearly, they are not programmed to read between the lines. No need to sugarcoat it for zodiac’s number one and, likewise, speech has no filter for those on their receiving end. They can think on the fly—watch out, they could leave us eating conversational dust.

Mercury in Taurus. Mercury in Taurus are careful thinkers, they have horn-like antennae that digest information acutely and analytically. They may be slow to come to a conclusion, but when they do their statements are as powerful as the earth turning. These guys have reliability by the bucket load. Trying to change their mind or influence them requires playing the long, steady game, and drip-feeding them information.

Mercury in Gemini. If Mercury in Gemini had a spirit animal it would be a chattering monkey. The mind jumps in a similar way to that of the excitable prime ape. The way to keep their mental gaze is to offer variety and exasperated speech, try even bamboozling them playing them at their own game, giving them more than enough to think about is key. It’s a conversational whirlwind with these folk.

Mercury in Cancer. These types bank their most sentimental memories and hold them dearly, often reflecting on them wearing their rose-tinted spectacles. Ruled by the mother of feeling, the Moon, Mercury in Cancer show their emotions in all forms of communication. Tread delicately, as they often take what we say personally. They are like an intuitive sponge and can sense our emotions. That said, they expect you to “just know” how they are feeling too.

Mercury in Leo. We’re much better placed on the good side of the celestial lion and run in the same pride as them. Not only will they praise you, but they will become a loyal cheerleader for you as well. On the flip side, disagreements could result in a visit from their fierce roar. The best course of action to smooth communication is to speak with authority and presence—we need to gain the respect of the Lion to be heard, adding a little flair and drama wouldn’t go amiss either.

Mercury in Virgo. Mercury in Virgo types were born with their fine-toothed combs in hand, perfect as they brush through the minutest of details. Written and verbal skills are so fine-tuned and systematic you can set your watch by them. To maximize on communication with them, an orderly environment is best—show them the facts. Their tone may seem critical at times but we shouldn’t take this personal, it’s just the way they are programmed.

Mercury in Libra. These light and breezy souls might need to be dragged kicking and screaming into a serious conversation, this diplomatic placement prefers conversations that just touch the surface area. Try matching their low-key demeanour, applying too much pressure will knock the scales off balance, and you’ll see them recoil. Speaking in jest is key to getting to the facts of the matter. Mercury Libras have an irresistible sense of humour and respond to all things commercial.

Mercury in Scorpio. The mind of the Mercury Scorpion works in puzzles, riddles, and problem-solving. A chat with them is like a game of chess, just don’t let them back you into a conversational checkmate—try to be one step ahead. They can efficiently get to the heart of things whilst using as little words as possible. Likened to a human surveillance camera, these guys have a knack of uncovering the truth by absorbing people’s moods and vibes.

Mercury in Sagittarius. These jolly-toned jibbers love to tell tall stories. They get so enthusiastic about the chorus they forget about the verse, we may need to press them for the full facts. Mercury in Sagittarius types are the zodiac’s motivational speakers—the sky is the limit with their big ideas. While these guys have vision, it is best to be tactile when acknowledging all the little holes in their schemes. Their optimism is both their strength and their weakness.

Mercury in Capricorn. Methodical thy name and detailed thy nature, Mercury in Capricorn types have written the text book on conversation etiquette. Best to let them digest and structure information, they are like the mountain goat who can climb the steepest of scapes, they make sure each step is carefully placed, cautiously working their way to the top. Overloading them will cause frustration and unease. They appreciate hierarchy.

Mercury in Pisces. Away with the fairies, but on the cusp of brilliance, Mercury in Pisces gets so absorbed in thoughts and feelings, it can seem as though the lights are on, but no one is home. Being the abstract thinkers that they are, communicating outside the box is key, maybe visually, musically, or poetically in some way. The gentle types won’t compete for airtime, but can talk up a storm if the subject is close to their heart.

Communicating through your Mercury sign is much more than a fashion fad, what may have been seen as a “new age” technique is currently of the “now age.”  The acceptance of spirituality in popular culture is often intrinsically linked with a need for peace and equality.

This can begin with our own interpersonal relationships. Hopefully one day communicating through Mercury will lead to harmony on a wider scale.