#MeToo and A Million Little Things. 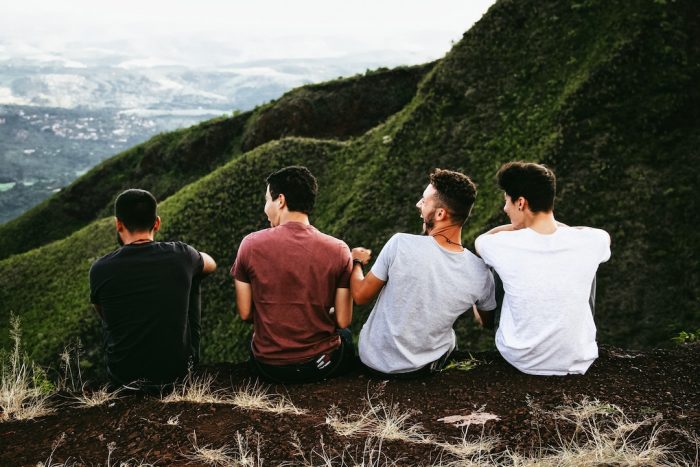 A yang of #MeToo is it’s time for the good guy to be heard and seen for all the things we say is good in them. Celebrate their willingness to be emotional and vulnerable and help them navigate what society is asking of them.

Everything happens for a reason is the repeated message in ABC’s new show, A Million Little Things. The truth is most things happen because something else happened.  We are creatures of yin and yang…cause and effect.

It’s been the year of #MeToo in our culture. Well-intentioned, long overdue voices have spoken and made great changes.

The silent voice this year… the good guy.  We all know them. Hopefully, they are our husbands, fathers, co-workers, neighbors. They are the men who stand by us as we fight for women to continue to be treated with respect.

But these great men are having conversations of their own. They are living in an environment that has changed rapidly. The message to be more outwardly sensitive has arrived and a lot of men are embracing it. More involved in their relationships and enjoying the rewards that come from doing so; it is important to recognize this is still very new territory for them. There are few examples of how society has drawn the lines for what’s acceptable as they charter this new environment of behavior.

Enter in the fall line-up on network TV and new frontrunner, A Million Little Things.

We have seen some strong male characters the past decade with Zeek Braverman of Parenthood, Frank Reagan of Blue Bloods, Eric Taylor of Friday Night Lights, and Jack Pearson of This is Us. These characters have been engaged in their families, friends and community. All four raised during a “men must be masculine” era.  America has loved and cherished these characters as they walk the line of being a guy’s guy with a sensitive side.

A Million Little Things takes it a step further. The suicide of a main character five minutes into the show’s premiere is the loud distraction capturing attention and headlines…and for good reason. Underneath that is what I predict to be the longer conversation surrounding the show and the effect it could have on our culture.  How do men navigate what’s been ingrained in them since birth with what society is signaling they expect of them now?

Be emotional yet masculine.

Men need a handbook for this. Will this new show give them a pop culture version of that? The male characters talk openly about feelings and grapple with how to express themselves and still be accepted. We watch as they talk to each other, their spouses, their children and even support groups. Yet, the overriding message is without this openness, a tragedy can occur.

In the series, the women are background characters. They are the support roles while we watch something new play out between the men. As the center of emotional discussions and situations, the male characters still partake in traditional male pastimes such as sporting events, bantering in a bar, and time to themselves.

How do we as women support the men around us as they adapt? This show for one is a conversation starter. Invite the men in your life to watch and discuss it. Media is an easy introduction into these topics. It’s a third party arena and can represent feelings without being too personal.

Daring Greatly and Braving the Wilderness are wonderful books to discuss with the men in your life. Author Brene’ Brown who writes on vulnerability and guilt presents her research and theories to a gender neutral audience.  My husband and I read these books independently and had real and wonderful talks after reading them.  Also, in the past few years, my father and I have drawn closer and talk about our feelings more than we used to. It has been a welcome addition to our relationship that was once based mostly in small talk.

How can you do your part? Watch for opportunities to welcome men into this part of our culture. Encourage them when they speak openly, listen and give feedback. Show them how to enjoy intimacy through words and vulnerability. With our male youth, start now. Stop reinforcing the male driven messages of years past. Practice acceptance for who they are and help redefine what masculinity means for future generations.

The first two episodes of A Million Little Things are a hot topic in social media this week. It’s important to recognize the undercurrent of this show and why we are really talking about it. It’s our own call to the good guys and asking them to be more visible in our culture. Are we ready to reward and encourage them for their changing ways?