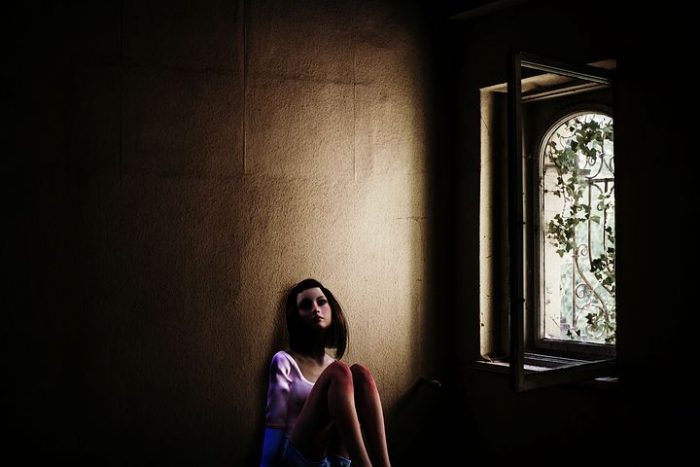 Many women now have the courage to come forward with their experiences of sexual abuse, and I feel heartbroken when people don’t believe them. I feel outrage when these men in congress blame them for not telling people sooner. They do not understand that there was no one to listen, no one to tell, no one to believe them.

I’ve been facilitating healing for over 50 years, and I can tell you that telling our truth, as painful as it is, is healing, but only if we are believed. We are re-traumatized when we are open and vulnerable enough to speak our truth and we are not believed.

I was four years old, sitting on the doctor’s examining table. “Mommy,” I said, “don’t let him take my panties off.”

She didn’t listen to me and the pedophile pediatrician molested me. She was sitting behind him and she couldn’t see what he was doing to me with his fingers, but she deeply betrayed me by not listening to me and not protecting me.

My little four-year old body went into traumatic shock, which took me years to recover from.

Thankfully, when my three-year old daughter said something similar to me, in a pediatrician’s office, I listened to her and stopped him. He argued with me and tried to intimidate me by saying, “What if she has a tumor on her vagina?” but I stayed firm. I wasn’t going to take any chances that he would do to her what the pedophile doctor had done to me.

When my 7th grade homeroom teacher, at King Junior High in Los Angeles, tried to molest me, I ran away. He was beloved and I was only 12. There was no one to tell, no one who would have believed me. In fact, at that time, it would somehow have been seen as my fault for how I looked or how I acted, even though I was a very innocent pre-teen in conservative dress.

My father started being inappropriate with me when I was 12 and molested me when I was 15, while I was ill in bed with mono. I didn’t tell my mother – I knew she wouldn’t believe me, and even if she did, she wouldn’t have done anything about it. In fact, years later I told her, and she said she did know – that she had told him to stop, but it didn’t do any good. My father had been my hero – the only person who I felt loved me and whom I trusted. As an only child, his betrayal left me totally alone from then on, as I had to stay away from him to be safe.

In my early 20s I visited a gynecologist. After he examined me, and I was dressed in his office, I told him I was engaged to be married. As I got up to leave his office, he pushed me against the wall and tried to molest me. I fought him off and ran out. He was a well-known doctor at Cedars in L.A. and I knew that if I told anyone, either I wouldn’t be believed, or I would be blamed. I would have been told that I had come on to him, and that I wanted it.

When I was 26 years old and experiencing a very long, scary and painful labor with my first child, the doctor on call at Kaiser in L.A. molested me. It took me years to tell anyone about this trauma because I knew no one would listen to me. No one would believe me. They would have said that I was delusional and making it up – that a respected doctor would never do something like that. Even my husband didn’t believe me. Today, over 50 years later, I still can’t write this without crying.

A friend was helping me fix a fence a few days ago and we were talking about the accusations by the women who are courageous enough to come forward and report sexual misconduct. “Why didn’t they tell someone at the time?” he asked me. I told him what happened to me while in labor and he was shocked. I told him that the man was a respected doctor at the hospital and that no one would have believed me. I told him I knew that if I had reported him, I would have in some way been blamed and told I was lying to get attention, just as the women reporting sexual misconduct today are being blamed.

I am deeply saddened that these old men in congress won’t believe the women. I’m outraged that they think these women should have reported the sexual abuse at the time. These men are clueless regarding what so many women have experienced and how many of us have had to suffer in silence because there was no one to listen, no one to tell, no one to believe us – and we would have been the ones blamed.

It is time for all this to change. It is way past time. More and more women are beginning to tell the truth about what has happened to them. There is untold healing that needs to take place. The courageous truth-telling that is going on now must be met with attentive listening, and a willingness to believe. While the stories are hard to hear, they are much harder to tell. We want to forget what happened to us. We want to move on and not go back to the excruciating pain of the abuse, but as hard as it is, the telling, listening and believing are all necessary elements of the healing.

What I want to say to the people in power is this: “Please believe us. We have no reason at all to make these things up. We would have given anything to not have experienced sexual abusive. We need for you to listen, believe us, and take the appropriate actions to stop all this. It is time. ”

Margaret Paul, Ph.D. is a best-selling author of 9 books, relationship expert, and co-creator of the powerful Inner Bonding® process – featured on Oprah, and recommended by actress Lindsay Wagner and singer Alanis Morissette. Click here for a FREE Inner Bonding course: http://www.innerbonding.com/welcome and visit our website at http://www.innerbonding.com for more articles and help.

Like so may of the writers on Elephant Journal, Margaret’s passion is to save the world – along with riding her horse, painting, making pottery and playing with her grandchildren.

Thank you, Margaret for your courage to share and I am also enraged at these old dinosaurs and at the joke in power for making fun of her. It has been time for a very long time. My own parents didn’t believe me and I told them when I was 45! He was long dead, instead I was told I was a tease and had been since age 2 when I would climb onto any man’s lap who was visiting. If that isn’t a sick comment, I don’t know what would be. I am sorry for us all that we knew no one would believe us.

jocapet, thank you for your kind words. It’s hard to believe they would blame a child of 2 for a man’s sickness, but unfortunately I’ve had so many clients who were told that the sexual abuse they suffered at a young age was their fault. Yes, it’s been time for a very long time.