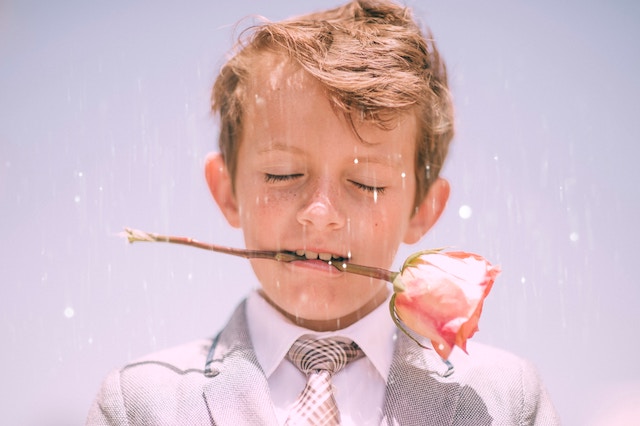 My life-lessons growing up as the sibling of someone with a life-long mental illness.

I grew up as the sibling of someone with a life-long mental illness. I suffered from what is dubbed as the Well Sibling Syndrome—a little understood and spoken about topic.

Throughout my childhood I was plagued with the guilt of being the “normal” one.

But I was an invisible family member.

They assumed that I was naturally inclined to be responsible, mature, and independent and beyond my years. Perhaps they also expected me to come with an inborn understanding of the world and its people before I even turned ten. I was not supposed to have problems. I was expected to be strong.

And to turn things worse, I was convinced in my heart that my brother was simply misunderstood by society. He made an effort to fit in a society that did not know what was going on with him. When I saw how persuaded my mom and step-dad were by what the doctors told them about my brother’s rare condition—Autism Spectrum Disorder—my perception of the world and people changed. My lens through which I viewed the world changed the day they decided to put my brother in a mental institution to treat him.

I became a silent witness of the ill-treatment of him. I distrusted adults and emotionally aliened myself from everyone.

My young life sucked. I was forced to reconcile with the fragility of life and suffered many episodes of depression throughout my life.

I reasoned that if they can misunderstand him then my odds in this savage world were grim. My logic became the belief that there was no way I could be normal unless I conformed to who they wanted me to become.

I realised the only way I could survive this world was to pretend that everything was okay with me. So I brought home good grades. I became a quiet child. I did not express or opine on any matter. I became the perfect child that every parent wanted—just to spare my parents further grief. And to compensate for who my brother could not be to my parents, I pushed hard to be who they wanted me to become.

I desperately wanted to be normal.

However hard I tried, I never survived the guilt of being the normal one. I carried feelings of resentment, distrust, and blame into my adulthood.

However many years later, I was fortunate to be awakened to the knowledge that in fact, my brother had been my life’s greatest silent teacher.

His humility is his gift to me.

My brother has no ego. He is not concerned with self-identity either. He is unbothered where he is going to end up next—if he will be on the streets or if he would be fed or even clothed.

He does seek to make an impression upon others. He does not seek anything for himself. He does not want to become “someone” in life.

For every human being, the way they live, what they believe and how they act and behave are all dictated by an identification with what is the false-ego. And because the ego wants to be seen, heard and understood it continually seeks validation from the outside world by identifying itself with stories, beliefs, ideas, experiences, and concepts.

True freedom is within.

When I realised this essential teaching these questions haunted me: What would I do if everything was taken away from me? What would remain of me? Who would I be?

“Everything can be taken from a man but one thing: the last of the human freedoms—to choose one’s attitude in any given set of circumstances, to choose one’s own way.” ~ Victor Frankl

I accepted that there are things in life that cannot be. Normal was a definition in my head.

I realised that there no anomalies in life. If you step closer and listen to the anomalies—it’s speaking to you.

It is teaching you something profound about life and about yourself.

Thank you for these meaningful words.