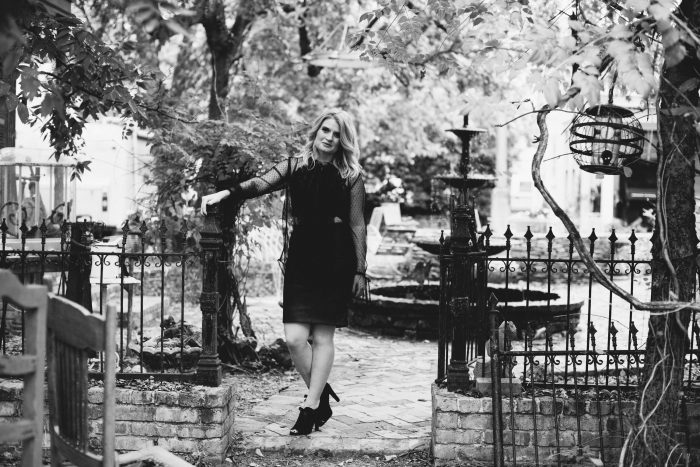 Three simple words, yet for those of us who have to utter them, the feat is comparable to conquering Mount Everest.

Once we say those words, it’s out there. We can no longer pretend it didn’t happen or bury it beneath the surface. Once spoken, those words change a person: we are suddenly a rape victim or a survivor.

So some, like me, bury it. I was raped at 13, yet I told no one. I didn’t tell my mother who was my closest confidant, or my best friend. I didn’t tell my first boyfriend. I buried it, under so many layers that I no longer remembered the event. I moved on, and lived a normal life.

There would be moments that would seem odd: the time I freaked out when my high school boyfriend tried to deepen our kiss. Or in college when I got drunk for the first time and screamed up and down the hallway that I was raped as a child. Yet in the sober light of morning, I didn’t want to remember—I denied it. I said I had to have been confused. I couldn’t face the reality of being raped.

I married my college sweetheart and spent our first night locked in a bathroom crying. Still, I convinced myself it was normal to fear sex at first, and even after that first night when sex lead to flashbacks of a faceless monster, I still refused to acknowledge it. Instead, I buried it once again, faking that I was fine during sex when in truth I was holding my breath till it was over.

On the outside, I was normal, married, a mother, with great family and friends. Yet on the inside, I was in so much pain. I knew deep down something was wrong. I even had a good idea what it was, yet the shame the shame of being raped wouldn’t allow me to utter those words.

Soon, I was seeking to feel numb. Sex with men I didn’t know meant I could feel numb, and oh how I craved that feeling. Numbness to me was the greatest drug, it was the not feeling that was the greatest feeling of all. I found myself seeking men who wanted to hurt me, who practiced a BDSM lifestyle—this all made me feel blissfully numb. I needed that. With my husband, I felt too much. With him, my walls were down, and that would lead to me crying on the floor, dealing with flashbacks I didn’t want to admit to. Yet when I was in this other world, I felt nothing. No flashbacks, no faceless monsters, no boogeyman. The pain made me feel numb, the sex the same.

I became lost to that world, addicted to the feeling of not feeling.

Soon those same men would convince me to film myself being hurt. I agreed, so lost in my own world of shame and hurt that I couldn’t see the real me any longer. Truthfully, I didn’t want to, I liked the me who felt nothing, who needed no one.

One day a video of me was found online by the person who had raped me at 13, who then shared it amongst friends and threatened to show the people I cared about.

I remember the shame of that moment. I was taken to my knees with an overwhelming fear of my rapist, of that video, of what others would think of me. In some ways it was my rock bottom, I walked away from the other men, I stopped trying to chase that feeling of numbness. I spoke honestly with my husband for the first time.

Yet I still was filled with shame. Rape has that power. It can rob us of who we are, who we were before that violent act.  I let that shame almost kill me, I let it rob me of my happiness, my laugh, my smile. I let myself believe I was worthless, broken, and damaged. I let the shame get so dark that I decided one night that life was no longer worth living.

The shame I carried, the fear that haunted me lead me to attempt suicide. It sat there with me as I wrote a suicide note to my family. It held my hand as I looped the belt around my throat and it whispered in my ear ” do it, you aren’t worth it” as I stepped off the tub.

That night I could have died, yet someone loved me, someone knew I was worth it, and he was there to lower my unconscious self to the ground, to unloop the belt and be there as I opened my eyes.

Today I can say those three words: I was raped. I have said them to my family, and my friends. Now I’m saying them here, I can say them without shame. Without fear.

I was raped. Three words, yet they are some of the most powerful words in the world.

If you are someone who has said those three words, I applaud you. I am here with you, an ear to listen, a heart to share your grief, your anger.

If you are reading this, knowing that is you, yet you are still burying your truth, I am here. I’m here to say: tell your truth. Don’t let shame hold onto you like I let it hold onto me.

I’ve made a million mistakes. I’ve been an awful wife, friend, person. I have fallen into a dark hole where I couldn’t find the light. I made choices that now make me cringe inside. There are days I want to be able to go back in time and tell that 20-year-old girl that she’s going to be okay, to not go to that apartment, to say no to that video…

Yet here I sit: the 30-year-old woman I am today because of all that she went through. I had to break, to see my strength.

Tears instantly rolled down my cheeks as I read these lines. I was raped. 15 years ago. And I’ve been caught in my shame and fear to tell my partner, as I’m only now feeling, processing, grieving. But you showed me that it’s also true that my heart is my gift – and it was largely shaped by my rape. Thank you.

Heather, I am so sorry for the trauma you went through. Remember the shame is not yours to carry. You are strong, and grieving is such an important part of the process.
Talk to your partner, you are strong.
Feel free to message me on Instagram @michelegenzardi if you need to talk, IM here.
I’m truly humbled that my words touched you.

This is so brilliant
Thank You! It is the spirit within the words that is so strong for me to continue –