The Importance of Universal Empathy. 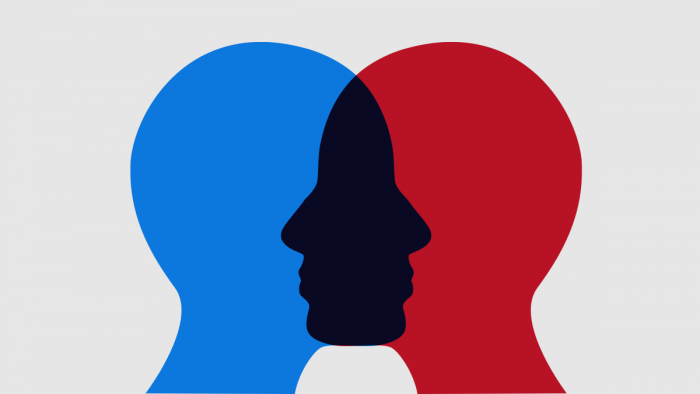 We live in an extremely polarized and conflict-driven world, something that results in a tremendous amount of suffering being inflicted on various individuals and communities. People routinely demonize each other on the basis of race, gender, political and religious affiliation, and basically any other grouping you can name. As time has gone on, I have grown increasingly aware of the toll that this can inflict on society, creating a divisive and hateful atmosphere that is simply incompatible with meaningful progress.

This behavior can at least be partially explained through a phenomenon known in the psychological community as “in-group favoritism.” Psychologists have consistently observed the way in which people place themselves in salient groupings based on the communities that they identify themselves as being a part of. In terms of political affiliation, for instance, one may favor the rights of someone in their political party over another, listening and acting more sympathetically towards their point of view. This can cause serious problems for our world: in-group favoritism is often seen as a driving force of racism and dangerous nationalistic tendencies. This greatly inhibits our ability to work towards understanding and respecting one another, something that results in a cultural and legislative gridlock that stunts the positive development of a more collaborative society.

One way in which I think this has manifested in our world today is the malice that many immigrants and refugees currently face. These groups of people often face tremendous challenges that prompt them to seek new lives in other countries, yet many wish to restrict immigration and bar the vast majority of refugees from integrating with their culture. This is largely due to the fear that many feel towards people—particularly of a different skin color—that come from other countries. Because they look different and come from places that are unfamiliar to many people, these immigrants are perceived as being members of an “out-group” and as such have their needs dismissed.

In the United States, for example, anti-immigrant sentiment is rampant. A large portion of Americans perceive these people as posing a real threat of antagonism and violence which could hurt many citizens of the country. Is this fear justified? When we look at the evidence, the answer is almost certainly not. A study published in the journal Criminology found that as the undocumented immigrant population went up, significant decreases in violence were observed—a conclusion that held true even after controlling for environmental factors. A study by the Cato Institute reinforces this notion, finding that all immigrants, be them legal or illegal, are far less likely to be incarcerated than natural-born citizens. Simply put, there is an abundance of evidence supporting the fact that immigrants are both less violent and less likely to break the law than those who were born in the United States.

This is not to say that what we ought to truly fear is natural-born citizens of the United States, but merely that we should understand the way in which in-group favoritism can cause us to selectively examine evidence and maintain dangerous biases against other cultures. Understanding these facts and the underlying psychology that drives our biases is essential for overcoming them and enabling us to live in a more accepting and caring society.

This can be taken one step further by understanding the concerning degree to which this problem affects non-human animals as well. Typically, the interests of these creatures have received minimal consideration, and as a result humans have historically felt justified in exploiting and abusing other species for our own gain. Animals are decidedly members of an “out-group” due to the massive differences in behavior, cognitive functioning, and social systems that we observe between them and our own species. This means that we have an inherent, evolutionarily conditioned bias to overlook their interests in favor of our own, despite the fact that there may be no objective reason to do so. In modern times, this can be seen through the pervasive use of factory farms, which are responsible for hosting and slaughtering billions of animals annually in overcrowded, painful, and downright abusive conditions.

Our ancestors evolved to be proficient hunters, and that evolutionary coding remains within all of us today despite the fact that it is no longer necessary for humans to eat animals for survival. In fact, if we were to transition from eating animals to seeking plant-based forms of sustenance it is estimated that we would have access to 70 percent more calories globally—which could feed an additional 4 billion people—and could reduce agriculture-related greenhouse gas emissions by roughly 63 to 70 percent. Despite the fact that there are clear advantages for both animals and humans to be achieved by altering our diet, many fail to seriously consider making this change as animals are seen as a resource rather than autonomous beings.

Thankfully, humans are blessed with both the intelligence and capacity for empathy to overcome our evolutionary hard-wiring and expand this empathy to all living things. We have made tremendous progress on this front in past decades, increasingly recognizing the importance of treating historically marginalized groups such non-whites, women, and the mentally ill with the respect and dignity that they deserve. While progress has been far slower in advancing animal issues, I believe that the increasingly widespread access to information and new perspectives brought about by the internet will lead to people reevaluating their preconceived notions about how these creatures should be treated. I encourage everyone to take the time to understand the feelings and situations of other living creatures, and to consider how our actions affect them. A more empathetic world is a kinder and more caring world, and I think humans have the ability to achieve this with time and a steadfast dedication to expanding our worldview.