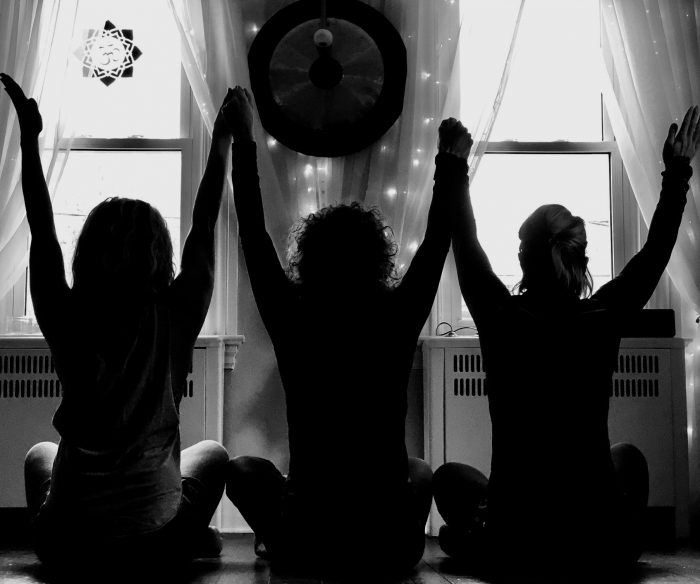 I live in a bubble. Yes, you read that right, I live in a bubble of intentional and exclusive authenticity. I refer to the bubble as ‘The Tribe’ and it’s a powerful force to be reckoned with. I know how it may sound but I’ll tell you this with the authority of knowing who I am and who I want to be living in the bubble is an absolute requirement to my sanity.

I have purposely filled my tribe with the highest caliber of people on the planet, and if you don’t meet my standards your out faster than a 6 year old’s birthday candles. I won’t even debate about it anymore, I’ll simply stop giving you energy. You can’t always cut people out of your life because some of them have roots in it but you can unquestionably stop feeding them bits and pieces of yourself in an attempt to prove your worth.

I’m an open and kind person and the journey to becoming that person has become an imperative part of my continued path to wellness, it’s who I aspire to be everyday and in every way, I am not perfect but I am dedicated. With that said I’ve discovered painfully in the last few years that not everyone sings the same heart song as I do. Some people are asses, intentionally and sometimes obliviously. Coming to a point where decided I couldn’t give any part of myself away to anyone who wasn’t celebrating my successes with me anymore wasn’t an easy or instant realization and still I have moments when all I want is to believe that everyone wants to be the best they can be but truth is some people like to stay stuck in their dysfunction and I now I know that’s not my story to own.

So to those who only care to hear the struggles so they can feel better about themselves, to those who only have time for an interesting story that they will use later to pole vault themselves into a more significant position with whom they view as more valuable person. To those that only crave drama, perpetuate gossip, stress over every insignificant thing, that carry around the victim mentality like a badge of honour and those that constantly complain about how they can’t get anything in their life accomplished because of…enter any possible reason here… you can go do that because the jealousy, back-handed compliments and inauthenticity, that game stopped working for me when I started to love myself more than I needed validation from the outside world.

Always showing kindness to myself first has become the rule in which I live my life by and the most significant way I can do that is to eliminate people from my life that only challenge me but no longer fulfill me. I am worth more than that. Fake people and things will not get the best of me because I’ve learned that my energy isn’t infinite and my job is to better myself.  They have their own tribe, it’s the one with the masks.

The paradigm shift that happened when I stopped focusing on the bad energy and began loving myself fiercely was the epitome of the evolution I believe we all should be working toward. My vibes attracted a tribe I’ve never knew existed and certainly never knew I deserved. These are the best of the best people who know the language of my soul because theirs is the same. They’ve shown up for me every day and in every way in their beautifully imperfect and honest ways. They are owning their shit, willing to work towards healing, and ready to live the best life for themselves and everyone around them.

They are fierce goddesses and warriors who speak their truth with kindness, authenticity and conviction. Who have passion, stand their ground when it matters and let the small stuff go with the wind because they truly know what matters.  They have the deepest gratitude, compassion and love for themselves and the world they are creating. They take responsibility for what’s theirs and they lift others into the sunshine to see their own beauty instead of pointing out what hasn’t yet bloomed. That’s the kind of bubble I live in and I won’t apologize for it.

So tribe hard and love more.